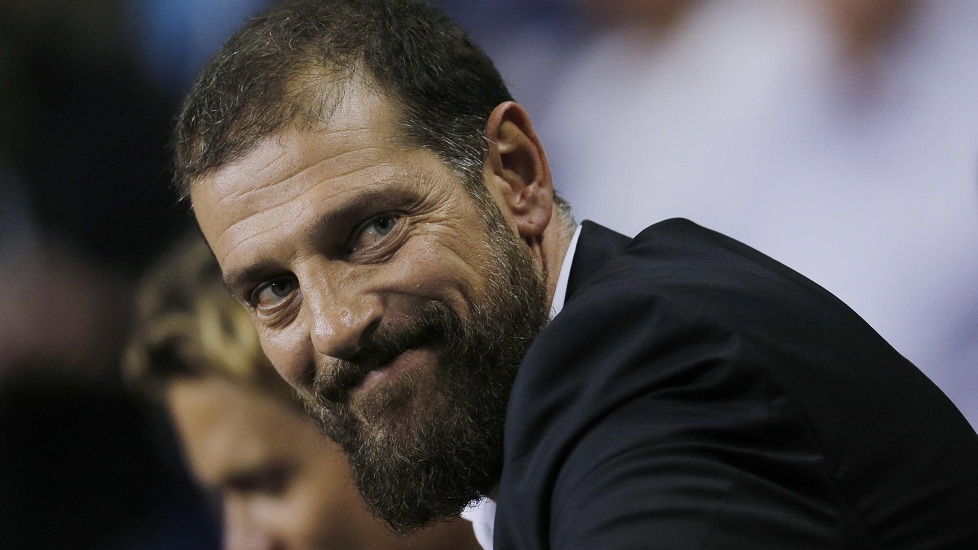 This article was written by Eoin Lennon

I am a lifelong West Ham fan, born in our new home borough of Newham, and despite living in Ireland for most of my life, I have supported the club with all my heart. However, as of the start of last season, yes LAST SEASON, I have been terrified of Slaven’s set up. Last season teams were scared of us! The top clubs didn’t expect little old West Ham to be charging forward in numbers and outnumbering defences with the fullbacks providing support for the wingers. Many defences couldn’t handle it and it was exhilarating to see so many goals scored in many fantastic games. However, during the second half of the season this tactic was counteracted and our season slowly began to unravel.
Never have I seen a team with so much focus on attack and a complete disregard for defence. We got away with it for the first half of last season. However, by the end of the season it was clear that it was a fading tactic. On sixteen occasions our defence let in two or more goals which could have been catastrophic if it wasn’t for our amazing attack. Therefore,  in games where we were ahead I always had a feeling that our defence would slip up and lose us points. In games against Arsenal, Stoke, Newcastle, Villa, and Palace, a tired defence seemed to cost us. And here we get to my overall point, our defence was understandably tired.
For the entire first half of the season our centre backs were the only defence. Our full backs were off gallivanting in the final third leaving our flanks exposed. A consistent sense of panic took over when the opposition attempted to counter attack. Sometimes tiredness from persistent forward runs got the better of our fullbacks which resulted in huge errors leading to goals. However, in reality, how can you expect players to drive up and down the flanks for an entire game and not make tired mistakes? It’s not reasonable and most of all, it’s not a sustainable tactic. Fatigue will eventually get to the players and they will make mistakes  and unfortunately due to the nature of the fans, the players involved will come under fire. Let’s take Arthur Masuaku as an example, as he is a player with excellent attacking qualities but his decision making is hindered as he is constantly tracking back from a winger’s position. How can we expect this to work long term?

It is my view that Slaven needs to have a serious look at his structure. When we have the likes of  Payet, Lanzini, Antonio and Zaza (of whom I am rather unsure) all pushing on the attack along with Kouyate and Noble providing back up, is there a need for full backs to be pushing so far forward and leaving our defence short? It think it is absolutely unreasonable to think any centre back partnership in the world could deal with the pressure of a two man back line.I believe that Slaven has succumbed to the pressure of the crowd looking for an unrealistic attacking style of play, which is shackling the team. It is in his interests to address this sooner rather than later.

Unfortunately, I believe my next point will not go down too well; our front line is far to imbalanced. Payet and Lanzini are magicians in attack but their presence is absent when it comes to defence. I believe our front line should be an alternating trio of Lanzini, Payet and Antonio and we should sacrifice our “20 goal a season striker” for Obiang who would sit behind Noble and Kouyate and provide assistance to our leaky defence. I also feel that the defenders we have are perfectly capable when played in the right system. Ogbonna and Collins have proved themselves with their international sides, Reid has always been solid and Oxford’s talent needs no further emphasising.

Additionally, I think the defence would feel safer with Randolph in goal, a notion I have screamed for since Adrian’s nightmarish performance at Palace last year. Randolph, through both his performances for us in domestic cup competitions and his exploits for Ireland, has proven himself to be good at structuring the back line and a technically consistent goalkeeper. Furthermore, despite Noble’s excellent performances last season, something many fans have forgotten about already, I think we are starting to see the signs that he is ageing.  I believe that due to his demanding presence, and the fact that the other obvious candidate in Winston Reid is so often absent through injury, Randolph would be the prime candidate for the captaincy should they decide to move it on.

There have been a lot of decisions Slaven has made which I believe to be downright foolish. Examples of this include Antonio’s time as a right back, constantly playing Enner when performances suggested he should not have and his determination to sign Töre. However, I do believe he has made some very good decisions and I trust him to find a solution. I do, however, believe his FIFA style football of continuous attack is at its end and a new style must arise from the ashes of our poor start. With the amazing additions to our squad I truly believe we could be a force to be reckoned with, but only with the right style of play from our manager.