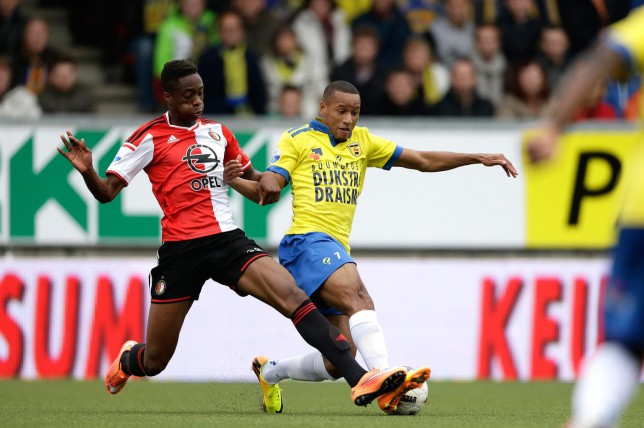 Positions : Centre Back/ Left Back

Terence Kongolo was born in Fribourg Switzerland , however he decided to play for Holland making his first National youth team appearance in the Holland U15’s.

He has moved up the ranks ever since and now has 2 Senior National team appearances to his name.

He has lots of experience for such a young player and current Everton Manager Ronald Koeman gave him his chance back at Feyernoord .

Kongolo has impressed ever since.

Kongolo is a very focused individual.

Not captain material, not vocal but a player who just gets on with his own job as a footballer and is quite versatile.

Will play out of position with no complaints….Reliable.

He is comfortable playing left back as well as his main position Centre back.

He knows when to stay back and go forward without leaving the team too open.

He is very good for teams who want to play a high pressing game.

He has good pace and brings the ball forward using it well, he is agile and carries the ball looking to work it up field.

Being Dutch this is no surprise, he’s a natural.

This is also why he can play Left back very well, having the pace and also being 6′ ft 2 gives him an advantage with most full backs not being as strong and as tall as him.

Defensively he is agile, tough, concentrated and precise.

He works very hard and understands the tactical side of the game perfectly.

Shows good controlled aggression to win the ball back quick and he is defensively solid. He uses his body well to his advantage when holding players off and winning the ball back.

So what you have is a player who can do both.

He puts some good crosses in when needed, finds the player in space well.

Has good technical ability for a defender.

His pass accuracy is very good, though he doesn’t try many risky passes, it’s good for patient teams.

I think Kongolo can be a good asset for a team who wants a ball playing defender.

At the age of 22 maybe he will move and come to the Premier League or even La Liga in the future.

Personally he is the Modern type of defender I like, a defender who can defend and do a bit with it on the ball to help retain possession.