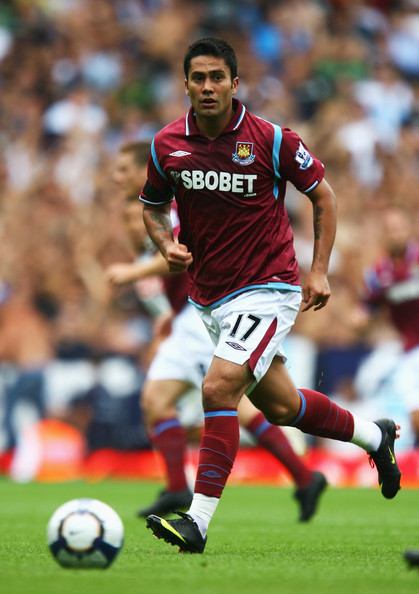 Former West Ham United midfielder Don Hutchison has rubbished suggestions that the East London clubs move from Upton Park is to blame for their poor start to the season, and has urged the clubs fans to move on.

“I’m getting a bit bored of this mentality that the ground is to blame for the drop in standards this season. The bottom line is that the players need to play better!”

A MESSAGE TO ALLARDYCE: EX-WEST HAM & INTER STAR LUIS JIMENEZ EXPLAINS HOW TPO MADE HIM A VIRTUAL SLAVE

The Chilean looked destined to enjoy a successful spell in Italy when he joined Serie B side Ternana from Palestino in 2002 for a fee of €500,000 but Jimenez would play just 188 games across the country’s top two divisions over the next 13 years.

Jimenez had his unfair share of injuries but there was no denying that third-party ownership was to blame for transforming what should have been a dream move into a nightmare.

Having lost three of their past four matches at home and five out of six in total, West Ham need a win against Middlesbrough in order to ease the growing sense of anxiety in their new ground. However Slaven Bilic is under pressure. West Ham have lost five of their first six league matches and Middlesbrough, who are winless since 21 August, will spy an opportunity to put distance between themselves and the bottom three.

Virgin Trains East Coast, Grand Central and British Transport Police have all confirmed there will be no completely dry services following Boro’s game at West Ham.