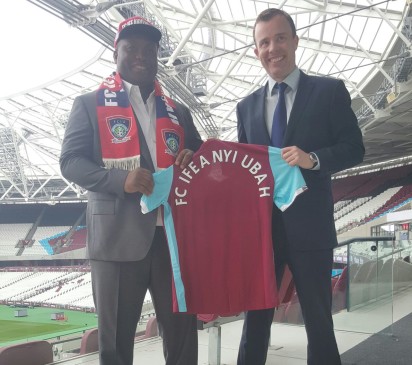 Here is Tuesday’s lunchtime round up, compiled by Dan Chapman:

Harry Redknapp and Robbie Savage say West Ham are struggling defensively because we sold James Tomkins, and they cannot understand the sale of the defender. Savage also went on to say that our recruitment this summer has been poor. (via HITC Sport)

Winston Reid says the entire squad got together for a meeting and said “We looked each other in the eye and said, we have to get ourselves out of this situation. We have to dig deep”. (via whufc.com).

Yesterday (03/10/16), marked the seven year anniversary since Dylan Tombides made his debut for the West Ham u18 squad. (via DT38 Foundation).

Chelsea are set to receive an allocation of 5,200 for the EFL Cup tie at the London Stadium later this month. (via Essex Live).

West Ham United Ladies Chairman Steven Hunt has given his reasons for filing a complaint against the club on the grounds of sexism. “We made it work – the ladies bought their own away kits, most of their equipment and paid for themselves to travel to games.” (via the Telegraph)

Following the above complaint, the club are now set to take control over West Ham United ladies. “The club have been working for some time on plans to take West Ham United Ladies FC ‘in-house’ and, in light of Mr Hunt’s most recent deeply concerning comments, we will now be seeking to do so at the earliest opportunity.” (via Evening Standard)

Rigobert Song has come out of his coma and is now recovering. (via The Telegraph).

Representatives of Top English Premier League side West Ham United FC of England are expected in Nigeria to intensify their partnership program with FC Ifeanyi Ubah.
(via NAIJ.com)
share