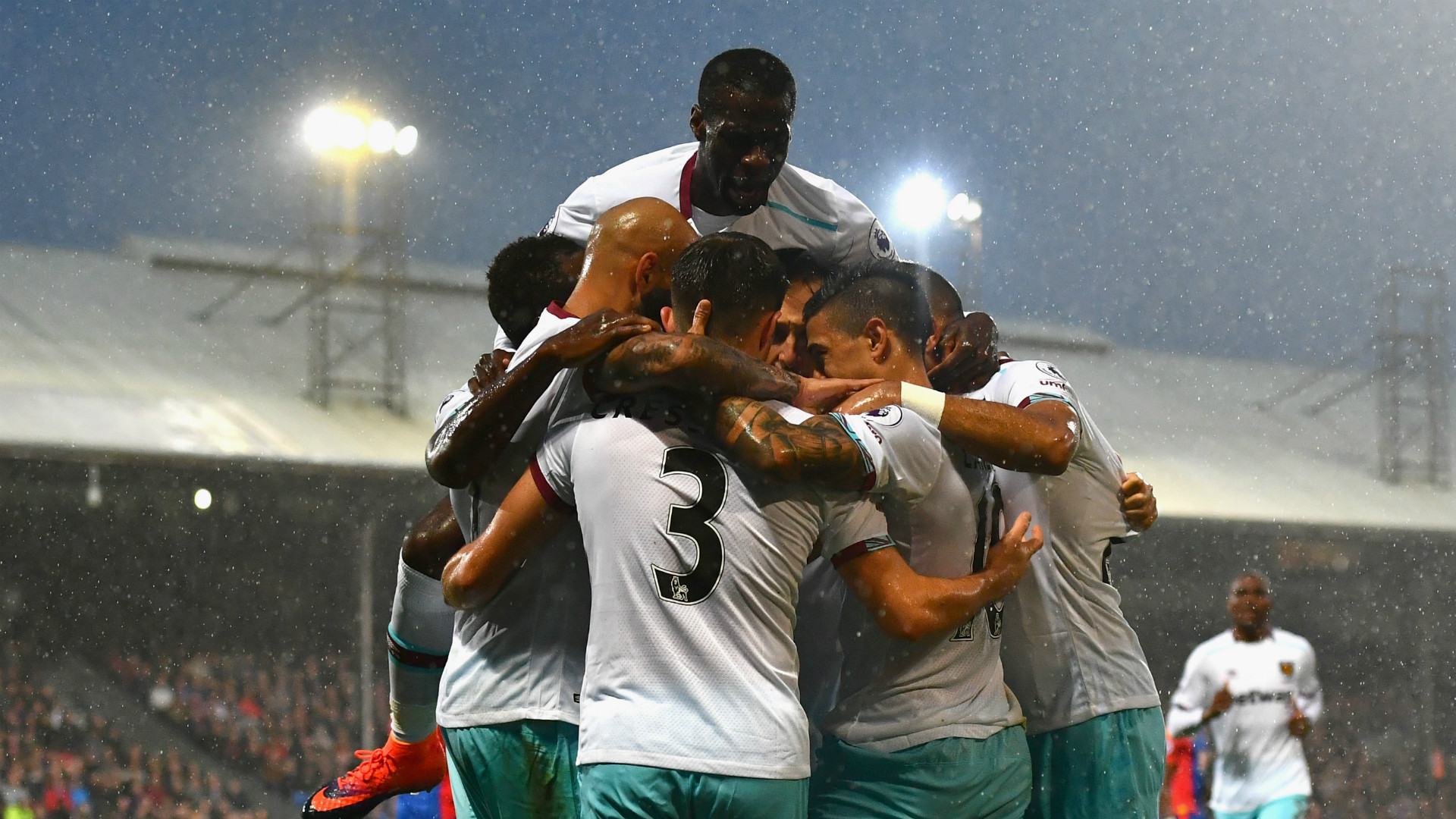 West Ham produced their best performance of the season to date this evening as Manuel Lanzini scored the crucial goal to secure the much needed 3 points in a 1-0 win over Crystal Palace. Underfire Manager, Slaven Bilic changed his system around for the trip to Selhurst Park as he reverted to three at the back and the return of Aaron Cresswell played a major part in the Hammers securing all three points. Cresswell had missed the last 3 months with a knee ligament injury but his return was vital for the Hammers as it was his cross that produced the only goal of the game from Lanzini.

The only downside for the Hammers and Cresswell was his red card late in the game after two ridiculous decisions from the officials as Aaron received two yellow cards in 51 seconds and neither was a bookable offence. Thankfully, the decision did not affect the outcome of the game and Bilic and his players were left celebrating a memorable victory. They will now be hoping to build on this with the visit of Sunderland next weekend.

The Hammers started the game on the front foot and Cresswell almost made a dream return to action when he could have opened the scoring after just four minutes. Obiang played the ball through to the Hammers full-back who raced towards the Palace goal and fired a powerful shot into the side netting. Cresswell was involved once again two minutes later as he played the ball into Simone Zaza who struck a low shot which was comfortably saved by Palace keeper Steve Mandanda.

The away side continued to create the best openings and had another golden chance on 14 minutes when Dimitri Payet’s corner picked out Cheikhou Kouyate who rose above the Palace defence and headed the ball just wide of the post. Michail Antonio came within inches of connecting with Kouyate’s header with the goal at his mercy

The Hammers were rewarded for their early dominance when they opened the scoring on 19 minutes and it was a superb move which led to the opening goal. Payet and Cresswell were involved in a neat interchange which resulted in the Hammers full-back bursting clear down the left hand side. Cresswell played in the perfect cross for Lanzini who produced a clinical finish and struck the ball with his first touch past Mandanda into the corner of the net.

The Hammers were handed a major lifeline on the stroke of half-time after Ogbonna brought down Benteke inside the box. Referee Martin Atkinson pointed to the spot, but the Palace striker fired his effort wide of the post. The Belgian striker was then denied by the woodwork just a few seconds later as he rose the highest to meet a cross from Joel Ward but his close-range header struck the post.

The Hammers went in search of the second goal and nearly extended their lead on 56 minutes. Lanzini burst clear into the box and the ball fell to Payet who saw his shot superbly kept out by Mandanda. Antonio was then very unlucky not to get his 6th goal of the season in the 75 minute when he saw his close-range header cleared off the line by Jason Puncheon.

The Hammers were reduced to ten-men sixty seconds later and Bilic was forced to re-shuffle his pack for the closing stages of the game. Benteke came close with another header on 81 minutes when his header flew just past the post and Adrian saved the best for last in injury time when he made a superb save to deny a close-range header from Connor Wickham.