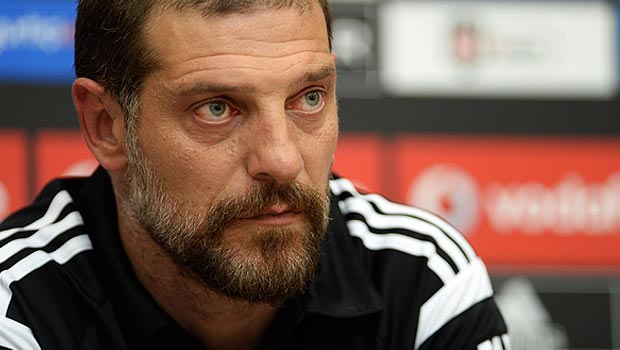 This article is written by @mywhufc

Leading unto the palace game it’s not been the start to the season anyone probably would have imagined, well almost anyone, I admit that I wasn’t so confident with the changes the club were going through, but even I didn’t think it would be anything like this. When a point at home against Middlesbrough is seen as good then we must all admit that what went before that game wasn’t what is expected, yet the time is not to panic, the season is still young and just another 3 points against Sunderland to follow up from the 3 gained last Saturday will put a different reflection on our predicament.

Quite how it came to this is open for discussion in that many people have eluded to many different reasons, The move, The pitch, the fans off field disagreements so many reasons its literally take your pick time but for me one that hasn’t been picked up on is the signings made in the summer and I’m not talking about the quality.

I have long subscribed to the thinking that foreign players new to the Premier league should be allowed 6 months settling in period before really being judged, problem is that with today’s social media fan base they’re lucky to get 6 games let alone 6 months.

The Premier League has a reputation for fast paced football played at twice the pace of the continental style preferred by the French and Spanish leagues and when you watch the Italian league on a Sunday after watching a Premier league game you’ll struggle to stay awake with their slow paced defensive orientated style of play. Yet nearly all our signings in the summer have come from the continent and have been thrown in at the deep end going straight into first team action due to injuries and to loss of form of others so they haven’t been afforded a bedding in process and most have looked at times like rabbits startled in the headlights of an oncoming lorry about to squash them without noticing.

Nortveidt bought from Germany, looks slow and sluggish, but then most football I have watched played in the German top division is slow in its build up, possession football, if you have the ball then the opposition cant score against you style. His introduction to the Premier league has been sometimes in midfield sometimes in defence, problem is the outcome looked the same, it’s as if he is watching the game go past him.

Feghouli at least has pace so he has not looked too much out of place when he has been fit enough to play, but there’s something about him I just cant put my finger on, he reminds me of Julien Faubert, a player who often flattered to deceive in his time at the club. I think its the end product that he suffers from, yes he has the pace but if you cant then convert that into goalscoring opportunities its really not worth having. David Beckham was a winger with no pace, but he proved if your delivery is perfect you don’t need to beat the defender in front of you.

Gohkan Tore is much like Feghouli just without the pace, Slav obviously enjoyed having him as a player at Besiktas and he also had his apprenticeship in part at Chelsea, but he has not enjoyed at all the best of starts and to top it off it turns out he is now injured, out for 5/6 weeks. What was disappointing was the reaction I saw to that news, many fans were disappointed it was only 5/6 weeks, witty it may be to laugh at him but is that what we have sunk to now actually being pleased a West Ham player is injured, not for me no matter how bad a player is should we ever take joy from an injury, hardly likely to inspire him when he is fit.

Jonathan Calleri was feted across the web when it was revealed we were after him, endless replays of his Rabona chip goal scored in the colours of Boca juniors were posted across Twitter and Facebook, yet in his first appearance against Bournemouth he had the chance to put the game out of sight late on, he blasted wide when in on goal. The chance reminded me of Carlton Coles debut for us at The Boleyn, he fired home after literally just coming onto the pitch, like Calleri he ran onto the ball through on goal except Carlton slotted it home.

Simone Zaza, a player that was chased by the club  but it seemed only joined us when there was only us to join, with Andy Carroll’s injury and Sakho’s bad back? he has been left to it, problem was in the early games with Payet missing so was the service to him but he did himself no favours that when he did get the ball, his first touch was generally poor which meant his second touch was sometimes non existent has he’d lost it after the first. After the Southampton game I wondered that if he was a mafia hit man he’d struggle to shoot himself. Poor taste maybe but it just seemed he has not got the tactical awareness to get into the positions in the box to receive the ball, he is very stationary for me at times making it easy for the defender to mark him out the game.

>Whether that though warrants the missing posters on social media asking has anyone seen Zaza I’m not sure, but as my comment above shows, its very easy to mock when they are so poor. Granted, he had his best game for us at Palace, but with still no sign of that killer instinct in front of goal and his appearances climbing near to the 20 million buy clause good performances are no longer making him look worth it. If he wants to stay goals are the only thing that will make that happen, and quickly.

Its been long since known that signing foreign players, especially in the market we shop in, is a gamble. For every Payet, Di Canio, Tevez & Lanzini there is a Raducioiu, Labant, Maiga and Boogers.

Luckily the successes have far out weighed the losses. Payet and Lanzini both unknown in this country started well last season, imposing themselves early on to gain the affection of the fans quickly, Sakho hit the ground running and even Enner Valencia started brightly, Hull away on a Monday night springs to mind the season before, so as well as the perception that you get better value for money buying abroad than buying British and the fact that we had by and large done well following that model you can see why we continued that model. That though ignores the fact that constantly two of our best players last season were Antonio and Cresswell, both had no Premier League experience but coming from the championship they didn’t need the bedding in period foreign players should be afforded.

But like all gambles, when it goes wrong it goes badly wrong. Not one out of those listed above has managed to get themselves into pushing for a regular first team start, its almost out of desperation that they have been played in the first team and the fact none have been championed by the crowd tells you all you need to know, and that has reflected in the fact we sit around the bottom of the league. So for me the problem this season is not the stadium, its not the fans, its purely the gamble of foreign signings have caught up with us.

Somewhere out there is another Dimitri Payet just waiting to be found, its just how many Tore’s or Feghouli’s we sign to find him could be the problem.