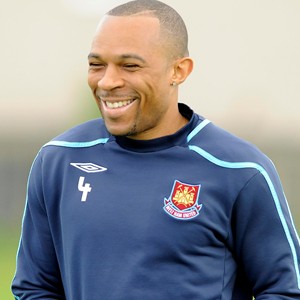 Well that’s much more like it! I have to say I feared for West Ham at the weekend.

When confidence is low when you’ve lost four out of the last five games every game that comes up next looks all the more difficult. Palace had been in a rich vein of form and I know, being an ex Palace player, Selhurst Park is a difficult place to play for an opposing team, in good form or not.

The international break can also affect you in different ways. If you’re performing well in the league no manager wants it to come along, you want to keep that momentum and winning feeling going but if confidence is low and results are bad it really can be a God send! I definitely think it was the later for West Ham and Slaven Bilic.

I was across North London on Saturday covering Arsenal’s win against Swansea but as soon as the game was finished I got the game up on my mobile. The first thing I always do when I start watching a game is to try and figure out the team shape but initially the first thing I noticed was no James Collins in the West Ham back line. On closer inspection I then made out the change of shape to a three at the back system. At this point I was fearing another difficult afternoon for us but it soon became apparent that this is a system perfectly suited to West Ham’s personnel.

A lot of credit has to go to Slaven Bilic. It’s never an easy decision as a manager to change things so drastically when your having a bad spell. You want to believe in your current system that has served you so well, you wonder if your players are going to be open to change when morale is low.  The break certainly helped give the manager time to analyse what had been going wrong recently and offered an opportunity to implement a new way of playing.

Probably more important than the system, international week also allowed Aaron Cresswell more time to get match fit, a vital component if you’re going to play with a wing back system. I’m not sure Bilic would have gone down this road if he wasn’t ready to start.

We can talk about systems until we are blue in the face and yes it does very much suit the players Bilic has at his disposal. You had three mobile and athletic centre backs, you had two energetic wing backs and it also allowed the main man Dimitri Payet to do what he does best operating in more central areas.

All well and good but the main difference ,which I’m sure we all noted, was the intensity and work rate of the players. It doesn’t matter who you are in this league if you are not willing to run around and make it difficult for the opposition you can’t win games of football. You can’t score goals, you can’t get the ball back effectively and you certainly can’t defend properly! The reason Winston Reid was able to defend so well and collect the man of the match award was because the players in front of him put a shift in. You’d be amazed how much easier it is to defend just by your striker showing willingness to work. He doesn’t have to be flying into tackles or anything like that just running with a bit of intent getting defender’s heads down. This then allows the midfield and defenders to get their positions right because you have a much better idea of where the ball might then going. I thought Simone Zaza’s energy and running was brilliant. When you see your striker doing that it feeds through to the rest of the team and everyone else follows. If he keeps that intensity up the goals will follow I’m sure… I’ve not written him off yet!

I hate to says it but Kouyate also looked very good in that right centre back slot.(Sorry James!) Part of West Ham’s defensive vulnerability has certainly been down to him. Vacating the midfield area, galloping forward but not getting back into shape with anything like the same intensity leaving massive holes for his midfield partner Mark Noble to cover who as we know is the most mobile.

Bringing Obiang into that central area has certainly helped he has waited for his chance and looks much more disciplined defensively.

The fact that we then went down to 10 men and were still able to hang on for the three points shows me that the team are still hungry and capable of being organised and difficult to beat if they fancy it. The question is can they now kick on and keep performing at that level for the rest of the season?

I’m sure the West Ham fans would appreciate now seeing a few more of these performances on home soil starting with struggling Sunderland on Saturday.

You could see what it meant to the players getting those three points and those games when your backs are against the wall and you come through this breeds huge confidence very quickly.

For me Saturday’s performance was a big game changer. Onwards and upwards.