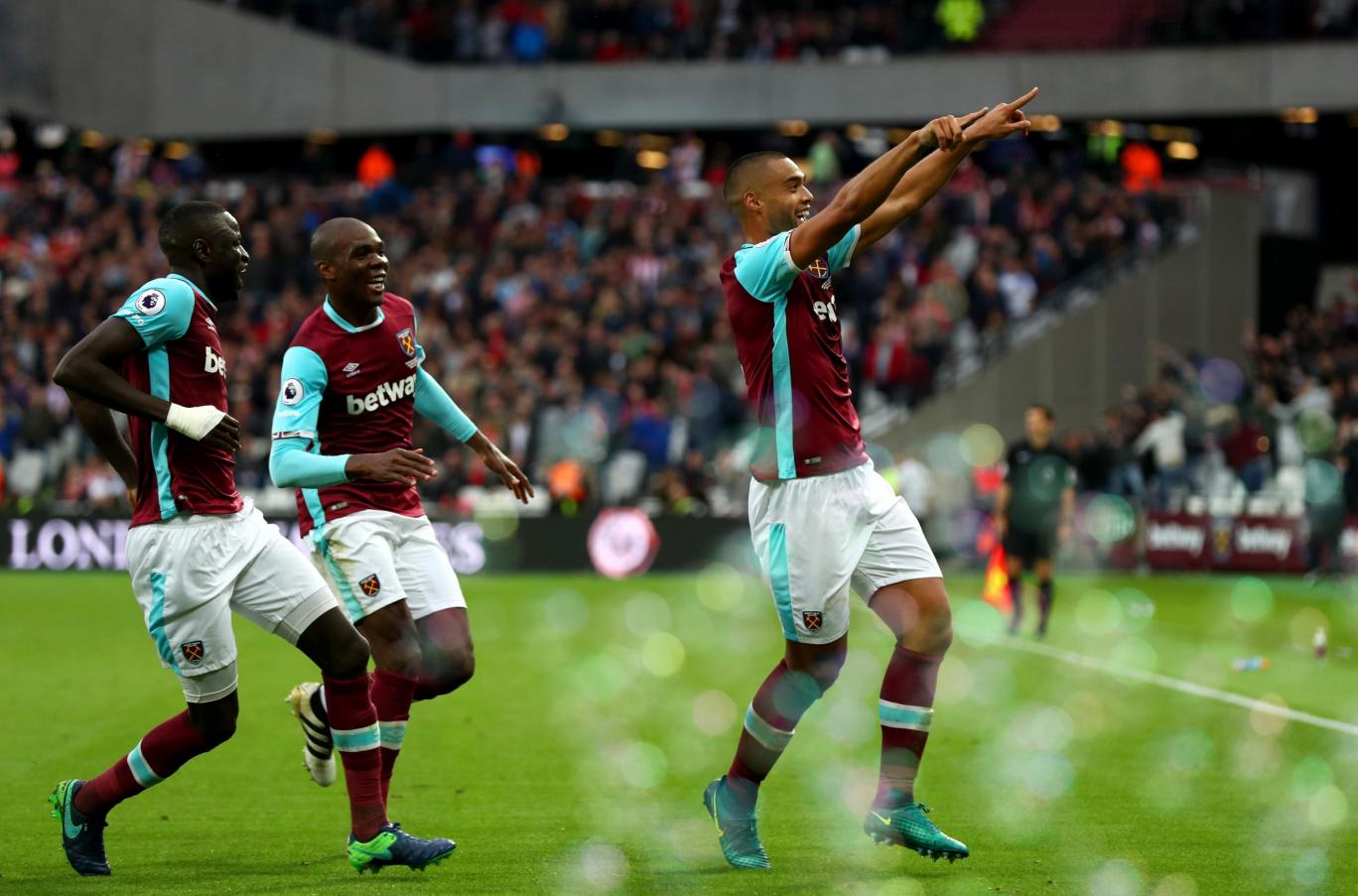 The Hammers made it back to back 1-0 victories this afternoon after Winston Reid scored a dramatic injury time winner with literally the last kick of the game as his left foot pile driver from the edge of the box flew through a melee of players, beyond Pickford and nestled in Sunderland’s net.

The game looked to be heading for a draw until the New Zealand international defender popped up with a rare goal, his first since his dramatic winner against Manchester United which was the final ever goal at the Boleyn Ground.

He proved to be the hero once again and it was another crucial win for the Hammers. The victory was the first in the Premier League at the London Stadium since August and it was a moment for Slaven Bilic to remember as it was the 100th goal since he took charge of the Club.

The Hammers manager kept the same wing-back system with Swiss U21 star, Edimilson Fernandes replacing the suspended Aaron Cresswell at left wing-back. The former Sion attacking midfielder almost made an immediate impact after just five minutes when he produced some good work down the left hand side and picked out Dimitri Payet who curled a shot inches past the post. Payet was involved in the heart of the action once again on ten minutes as he broke free inside the box and saw his shot well kept out by Sunderland keeper Jordan Pickford.

The Hammers dominated the opening exchanges and were denied by the woodwork in the 26th minute as Payet’s low shot cannoned back off the post. Sunderland finally managed to find a way into the game and created their first major opening on 38 minutes when Patrick van Aanholt found space just outside the area but he his effort was wide of the mark.

The Hammers started the second half poorly and within minutes of the restart Sunderland had another great chance to break the deadlock when Wahbi Khazri found himself one-on-one with Adrian but the Spanish keeper made a comfortable save diving away to his left hand side. Then Angelo Ogbonna played an excellent through ball to Simone Zaza but a horrific first touch from the Italian striker wasted an opportunity as he had beaten Kone.

Bilic brought Sofiane Feghouli, Jonathan Calleri and Ashley Fletcher into the action as he tried everything to clinch the crucial winner but it was that man Reid again that brought the Hammers faithful to their feet and clinched the much needed 3 points.

The Manager will be a lot more happier tonight, two wins in a row after rumours emerging this morning from France that the Hammers approached Rudi Garcia before he accepted the Marseille Manager’s job yesterday.