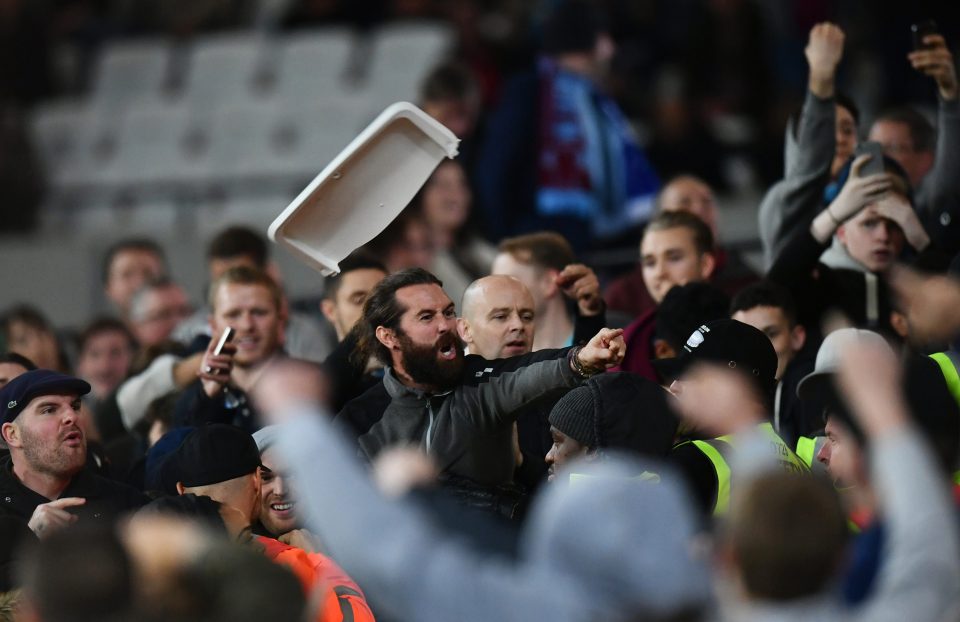 The violence that marred the Hammers 2-1 EFL Cup win over Chelsea at the London Stadium continues to dominate the column inches. Here is your handy afternoon round up to get you through your Friday evening.

An MP has said that West Ham should play behind closed doors if violence continues to happen. (BBC) http://www.bbc.co.uk/sport/football/37793920

Slaven Bilic believes that the minority of fans intent on causing trouble is beginning to drag the Hammers name through the gutter.http://www.telegraph.co.uk/football/2016/10/28/hurt-slaven-bilic-accuses-west-ham-united-hooligans-of-dragging/?

Meanwhile, Arsenal boss Arsene Wenger doesn’t believe there is hooligan problems in the English game despire the ugly scenes at the London Stadium on Wednesday night.http://www.standard.co.uk/sport/football/arsene-wenger-says-london-stadium-trouble-does-not-mean-hooliganism-is-widespread-as-arsenal-boss-a3380911.html

West Ham are counting the costs as deal for the naming rights to the London Stadium have collapsed. http://www.telegraph.co.uk/football/2016/10/27/west-ham-left-counting-cost-of-hooliganism-after-naming-rights-s/

West Ham are set to ban nearly two hundred fans because of the violence that occured after the Chelsea game on Wednesday. https://www.theguardian.com/football/2016/oct/27/west-ham-ban-200-supporters-trouble-chelsea-london-stadium

West Ham fans have given their view on taking young children to the London Stadium. https://www.theguardian.com/football/2016/oct/27/west-ham-fans-view-london-stadium-trouble

Police are investigating leaflets that a fan had in the London Stadium which had homophobic chants on them. http://www.dailymail.co.uk/sport/sportsnews/article-3878060/Police-investigate-homophobic-leaflet-allegedly-distributed-West-Ham-vs-Chelsea-day-revealed-eight-cent-supporters-stop-backing-team-player-came-gay.html

A Chelsea fan has accused West Ham fans of coin throwing at his 8 year old daughter, but she corrected him live on West Ham TV. http://www.mirror.co.uk/tv/tv-news/chelsea-fan-who-blasts-west-9135910