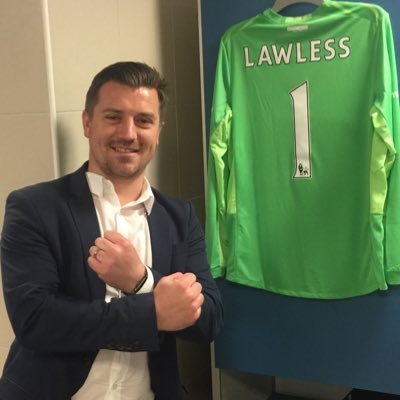 Do the media hate West Ham? If it’s left for me to answer, then categorically no. The media, as I’ve known it in over 15 years working in the industry, do not hate any team.

Understandably, this week, there are West Ham fans asking that question.

After what was a magnificent performance against Chelsea, the focus was firmly on the trouble that marred Wednesday’s win.

It’s a real shame that such a special night, with an incredible atmosphere and an amazing result was ruined.

So, why did the media focus on the small minority who attempted to spoil it for everyone else?

I can’t speak for everyone but I do know that the facts speak for themselves.

The chaotic scenes were there for all to see – and it was appalling. Chairs being thrown. Coins hurled. Thankfully nobody was reported to be seriously hurt.

Unfortunately, every game played at the London Stadium has witnessed trouble of some sort – and on more than one occasion it has erupted within the stadium.

You cannot defend it. It’s embarrassing for the game. Yet some fans seem to be in-denial and query whether it all part of a wider agenda against West Ham.

The truth is there is no agenda (not that I know of anyway). The reportage has been fair across the board. And it would be the same if it happened every week at The Emirates, White Hart Lane etc.

The Manchester City supporters who allegedly smashed the toilets up at Old Trafford during the week were highlighted. The depressing scenes north of the border before and after the Old Firm game last weekend did not escape the headlines either. So, it’s not just West Ham being singled out.

But as a West Ham season ticket holder it does hurt. I’m one of the many who go to the stadium with the sole intention of supporting my team. It’s not fair that West Ham fans are generalised with a reputation of being thugs. Honest Guv, we’re not.

The mindless few who are won’t be around for long. The club has conducted itself in the right way and vowed to ban them all. Good riddance.

Increased measures of segregation will now be put in place, which is also reassuring.

Visiting teams must take responsibility too, however.

Last Saturday’s win against Sunderland was spoiled by reports that away fans set upon home supporters outside the stadium. That’s not on.

Then on Wednesday, one moronic Chelsea follower breached the segregation line inside the stadium to goad the home section. Why wasn’t he stopped?

While I don’t condone violence of any sort, it feels unfair that West Ham fans are totally blamed for everything. Yes, it’s clear some were at fault but many were not.

Lots of fellow Hammers have tweeted me. Where they sit they have been oblivious to any disorder. The atmosphere in their area, in particular against Chelsea, was rocking for all the right reasons. It felt like a proper London derby. And so they were left baffled over reports of bad behaviour.

I’ve been accused of being melodramatic. I apologise if that’s what people think. The truth is I only ever want to read positive press about the team I love. Believe me, I don’t want to be tweeting about total disorder. But if something is wrong, I feel obliged to write fairly and accurately about it.

My tweets got a lot of attention during the Watford game, for instance. What I witnessed that day was nasty. Kids around me were crying. It was wholly unpleasant.

But since then, and until the Chelsea game, everything has been absolutely fine.

I’ve enjoyed going again. I love taking my son with me. He’s 9 and football mad.

It’s a big bad world out there and I know I can’t protect him from everything.

Yet I don’t want to be deterred from taking him to the big games because of a minority of hooligans who want to spoil it.

I fell in love with West Ham because I went to the big games – home and away. Naturally, I want the same for him.

So, that’s my major angst right now. One fan suggested I shouldn’t bother going because “we don’t want fans like you”. Doesn’t want the next generation to go to games feeling safe and enjoying it? Pathetic. Fortunately, he did say sorry.

It’s fine. I get it. Things are said, sometimes unwisely, in the heat of the moment. We’re all passionate about West Ham – hence why I despise seeing stories of unruly unrest, especially when the team deserves all the credit.

I’m confident, however, that we won’t witness a repeat of those disgraceful scenes inside the stadium again. I believe it will be a safe place to take my son and have no qualms going there. Its not the Boleyn Ground but I genuinely do love it. Every game has a big game feel to it. And derbies are especially supposed to be edgy and intense. I want to be on the end of my seat singing “Who Are Ya?” whenever we’re beating our rivals. Nothing wrong with that (works both ways too).

I just want an end to all the negativity. This really is a great time to be a West Ham fan. The future IS bright. Three wins on the spin. Two (almost three) clean sheets.

Let’s see the focus shift onto Slaven Bilic’s side.

After a terrible start to the season, it feels like we’ve turned the tide and got our old West Ham back.

It’s a big game at Goodison on Sunday. If we win that – and follow it up with three points against Stoke next Saturday – West Ham should be making headlines again for all the right reasons.

Signing off, I’d like to pay a huge thanks to the West Ham Way for having me. Sorry to have kept you waiting for so long!

One love to all West Ham fans.