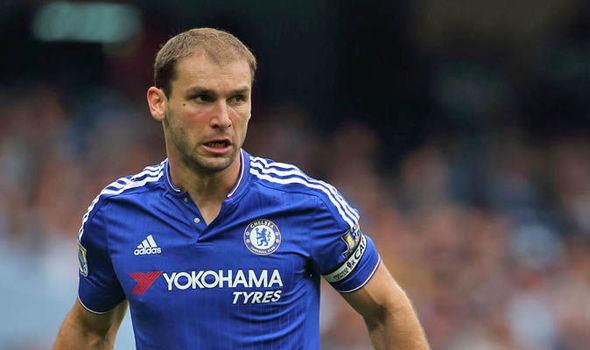 Michail Antonio: We have to find a way of stopping Everton star Romelu Lukaku next time.

Lukaku has scored in all nine of his matches against the Hammers as Everton brought their winless run to an end with a 2-0 victory at Goodison Park. The Belgian international was on hand to head home as Yannick Bolasie flicked a cross in from Seamus Coleman’s blocked shot. What West Ham seemed to lack was a finisher as incisive as Lukaku, who has proven to be a scourge for the Hammers since arriving at Everton in 2013. Antonio wants to see the run ended when the two sides meet again in April. standard.co.uk

Just how do we stop Lukaku scoring against us? Who do you think was culpable for the goal this time?

Daniel Gabbidon critical of this Slaven Bilic decision against Everton.

The former West Ham defender was not impressed with a substitution that Bilic made against Everton on Sunday afternoon. Bilic took off midfielder Pedro Obiang and brought on winger Andre Ayew in the 60th minute of the Premier League encounter at Goodison Park.

Slaven Bilic got that wrong for me at 1-0 and looking like scoring he brings Obiang off & plays Lanzini CM with Nobes — Daniel Gabbidon (@Gabbidon35) October 30, 2016

Does Gabbidon have a point? Was the wrong midfielder brought off for Ayew? What did you make of our subs? Was it worth bringing Zaza on when we need a goal?

Lyon President Jean Michel Aulas has confirmed the Ligue 1 outfit will hand the striker fresh terms in a bid to ward off interest. Lacazette has netted a total of nine goals in his nine appearances in all competitions this season. Speaking following Lyon’s 2-1 victory over Toulouse on Saturday, Lyon President Jean Michel Aulas confirmed: “I would like for us to be able to extend Alexandre’s contract.” mirror.co.uk

Is that the end of any potential deal for us with Lacazette? Or is this just a tactic by Lyon to get the maximum transfer fee possible should bids come in for him?

He’s failed to start Chelsea’s last two Premier League fixtures and now, West Ham United are eyeing up a swoop for Blues full back Branislav Ivanovic. A veteran of over 250 top flight appearances for Chelsea, 32-years-old Ivanovic is reportedly weighing up offers from the Far East and the Premier League with his contract up in the summer. thisisfutbol.com

Right back /right wing back is clearly a problem area for us; is Ivanovic the solution? Short term deal if possible (loan) or no deal thank you very much?

Simone Zaza is currently on loan from Juve with West Ham but has failed to impress since moving to the Premier League. The Hammers have an £18million buy-out clause in place which will be activated if Zaza make a certain number of appearances. However, the Italy international is yet to score in nine outings for Slaven Bilic’s side. According to reports in Italy, Milan are prepared to offer the 25-year-old a swift return to the Serie A. express.co.uk

Do you want us to buy Zaza? Do you want a refund on Zaza? Would you be happy for a deal to be worked out to take him away from out team in January? Will he ever score goals for us or in the premier league?

A ‘practiced conman’ who ripped off former England boss Sam Allardyce and a host of West Ham stars in a £61,000 Christmas ‘hampers and champers’ scam is facing jail. Allardyce and the players were sold cut-price Harrods and Fortnum & Masons hampers which never materialised. Giving evidence last week via video-link from his holiday in Thailand, Allardyce described losing £270 after paying for six bottles of wine and six bottles of champagne. mirror.co.uk

Ladies lose out to leaders.

West ham ladies were beaten 5-0 by league leaders Coventry United on Sunday afternoon. The Hammers recovered from difficult first half to blank visitors after half-time. Captain Amy Cooper said the team will take belief from their second-half performance. whufc.com