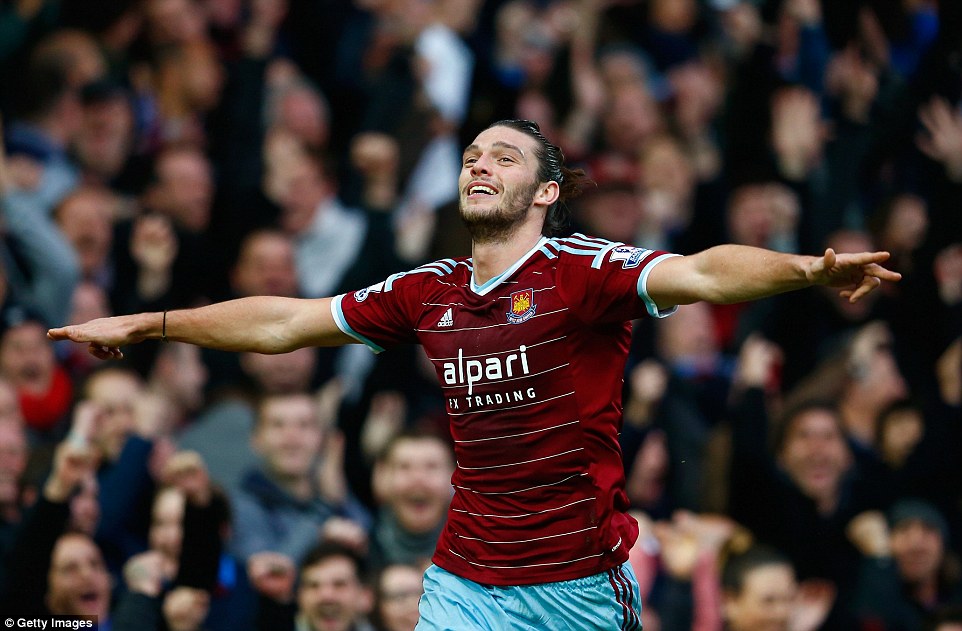 Payet ‘not closing the door’ to January exit from West Ham.

West Ham have struggled to recapture their best form since moving to London Stadium, failing to qualify for the group stage of the Europa League and winning just three of 11 Premier League matches so far this season. That has led some observers to suggest Payet could target a switch to a club competing for major honours. And during an appearance on French television programme Telefoot, the 29-year-old was asked directly if he might leave West Ham during the mid-season transfer window.

“I’m asking myself other questions, I have ambition, but I’m not closing the door to anything,” he said. “It’s always the sports project that interests me. For now, PSG [Paris Saint-Germain] and OM [Marseille] did not come to me [with an offer].” fourfourtwo.com

Will we be able to keep Payet in January or the summer? Would you be okay with him leaving for a large amount of money that we could re-invest in the team? Or do we need to do everything we can to keep our best player?

West Ham United may not be hitting the heights of last season just yet, but Dimitri Payet is still creating plenty of chances. Payet played no fewer than seven key passes, including the cross which Michail Antonio headed against Glenn Whelan and into the bottom corner of the Stoke net. To prove Payet’s importance to the West Ham team, no other Hammer completed a single key pass, while no Stoke player completed more than two. The 29-year-old also touched the ball 66 times, made 44 passes, unleashed one shot on goal and embarked on three dribbles. whufc.com

What did you make of Dimitri’s performance against Stoke? Was he a ‘key man’?

The former England star has only managed four appearances this season because of a knee injury and Slaven Bilic is ready to cut his losses. Carroll, 27, has scored 23 times in 92 appearances for West Ham who could be set to make a profit on the injury prone striker. Beijing Guoan and Guangzhou R&F both want to take the United man to the Chinese Super League in January. They are both willing to make him one of the best paid players on the planet if he agrees to call time on his Hammers career. express.co.uk

Looking back at reports, it seems we signed Andy Carroll on 6 year deal with an option on another 2 years at anything between £80,000 to £100,000 a week; since signing for us he has only made 57 appearances and scored just 16 goals. (When on loan to us in 2012 – 2013, he made 24 appearances and scored 7 goals). He cost West Ham £15 million. If we were able to sell Carroll and make a profit in January, would you take that deal? Or , would you keep him as he is our only dangerous striker?

The high-flying Bundesliga outfit are ready to splash cash on 17-year-old Oxford, who is tipped as a star of the future. Leipzig have identified British players as having the right spirit and character to succeed in German football and they believe if they can snare Oxford – who faces a month out with a knee injury – early enough, there is room for [him] to improve technically within the Leipzig system. mirror.co.uk

Do you think Reece should be in the team (when fit)? Does Bilic give enough chances to youth players? If not given any / enough first team chances, do you think we have any chance of Reece Oxford signing a new contract with us?

West Ham are ready to give Chelsea star Branislav Ivanovic; 32, the chance to remain in London that he craves. The Serbia international is out of contract with Chelsea at the end of the season and is set to leave after dropping down the pecking order under Antonio Conte. West Ham are keen on the signing and are looking to snatch him when the transfer window opens at the end of next month. express.co.uk

Do we need an experienced premier league player like Ivanovic in our team? And speaking of aging experienced players; where has Arbeloa disappeared too?

Ian Wright has opened fire on Adrian – and says he’s the reason West Ham drew against Stoke. Speaking on Match of the Day, Wright said: “To be honest he’s had a bit of a mare. He flapped for a corner and if you look at the goal, where is he going? “It would have been a penalty if Bojan hadn’t scored.” “What is he doing Adrian? The manager Slaven Bilic is saying no-one deserved to win but Adrian has cost them that game.” dailystar.co.uk

Is Wrighty correct to let rip into Adrian? Was he the sole reason we did not get a win? What are your thoughts on our current no 1 keeper?

Brooking: West Ham move was ‘too good to squander’.

West Ham legend Sir Trevor Brooking says the club’s move from Upton Park to the London Stadium ‘was too good to squander.’ The Hammers relocated to the Olympic Stadium after 112 years at their former ground, but the move has been marred by fan violence, leading the club to issue a five-point security plan to prevent further disorder. “Yes it has it’d problems, but you can go up to 50 or 60,000, the opportunity was too good to miss,” said Brooking.

“Yes there’s teething problems and you’re a bit further away from the ground but I do feel it was an opportunity you could not squander,” he added. bbc.co.uk

Is Sir Trevor correct? Was it too good an opportunity to turn down? Or, do you think that we should have stayed at the Boleyn ground and redeveloped the east stand?