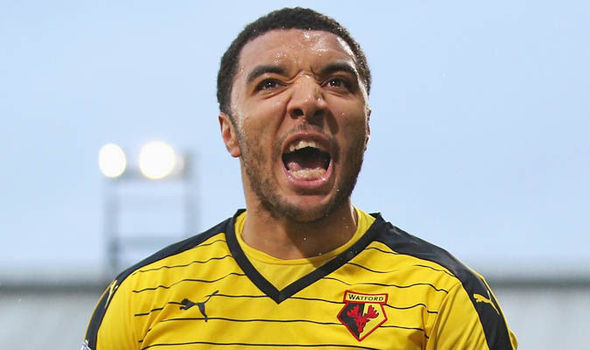 “I was disappointed to read some irresponsible and, quite frankly, incorrect comments made by Eggert Magnusson in one of the Sunday newspapers. Mr Magnusson was Chairman at the Club for little more than a year between 2006 and 2007 and when he left the Club it was saddled with £110m of debt. His tenure, which saw the Club taken to the brink of Administration, threatened the very future of West Ham United.”

“Mr Magnussson has not, to my knowledge, visited London Stadium. We appreciate that the Stadium is not yet perfect, but we have solved many of the initial issues we faced and are working closely with our fellow stakeholders to find solutions to those which remain outstanding. We would therefore politely suggest Mr Magnusson’s views on the stadium carry as much credibility as his short-lived but hugely flawed tenure as chairman of West Ham United.” whufc.com

So there you have it; quite a stinging rebuke for Eggert! I did wonder why our former chairman felt the need to talk about the stadium. What do you think about the stadium and what has been said on both sides?

Sullivan – ‘I am so proud that he is a West Ham player.’

West Ham chairman David Sullivan saw Dimitri Payet ‘in outstanding form for France – again!’ and had the following to say about him: “Dimitri has had an outstanding year and has become a vital player for France and I am so proud that he is a West Ham player. He has played 16 times for his country in 2016, scoring seven goals and assisting five more, and inspiring them to the final of the European Championship.   “Dimi signed a new long-term contract in February, pledging his future to this Club, and it is very much our intention that he remains with us for years to come.” whufc.com

Did you see Payet’s recent game for France? What did you think? To play 16 times and get 7 goals and 5 assists is world class I think; So……can we keep him?

Edimilson Fernandes made his Switzerland debut as his side beat the Faroe Islands 2-0 in World Cup qualifying on Saturday in Lucerne. The 20-year-old Hammer came on as a substitute in the 69th minute of Switzerland’s victory in Lucerne, as Vladimir Petkovic’s side continued their perfect start to the qualification process. essexlive.news

So Edimilson has made his full international bow; will he now start in West Ham’s midfield this Saturday against Spurs? Will he replace suspended Noble?

Declan Rice is hoping to continue a dream 2016 by making his Republic of Ireland U21 debut this week. The centre-half does not turn 18 until January, but he has already signed a three-year professional contract, won the Dylan Tombides Award, featured on West Ham United’s pre-season tour of the United States and been appointed captain of the Club’s Premier League 2 side. A strong and composed defender and mature character, Rice has previously been capped at U17 and U19 level, and could make his U21 bow against Slovakia or Czech Republic in La Manga.

“It’s been a really good year for me, to be honest,” said the teenager, who has travelled to a week-long training camp and friendly double-header in Spain. “I am so pleased with the call-up because, to be honest, I didn’t expect it. I was not included in the Under-19 squad, so I thought I’d be getting the international break off, but of course I was buzzing to get the call for the Under-21s. We’ve got two games against Slovakia and the Czech Republic, so hopefully I’ll get on the pitch and make my debut.” whufc.com

Have you seen Declan play? What do you make of him? Can he progress over the years to receive a full ROI cap and earn a place in the full Hammers squad?

Simone Zaza has revealed for the first time the “suffering” that has haunted him since his penalty miss for Italy against Germany in the Euro 2016 quarter-finals. Zaza received widespread condemnation for the way he blazed over his spot-kick, his bizarre run-up quickly becoming an internet meme, and the West Ham striker confessed it left him “in a bad place” for the rest of the summer.

“The penalty made me suffer a lot, I’ve always thought about it,” he told Rai Sport. “I had an unhappy summer, even today I think about it, although not as much as I did. “The teasing and criticism wasn’t a burden, but rather the displeasure of having destroyed something that had been created that month in France. I’ll never forget the things that happened after, the speeches, the tears from everyone. They’re things that will stay inside of me, regardless of how my career goes.” “I know from so many of my former teammates that no-one wanted to meet us, so to go out on penalties was really bad and I couldn’t clear my mind in the months that followed. ” “I was in a bad place and even my parents, girlfriend and friends were worried about me. ” football-italia.net

Just how bad was Zaza’s penalty miss? There has been worse hasn’t there? As he said, he couldn’t clear [his] mind in the months followed’, do you think that miss has still affected him this season and could be a big reason for his poor displays for us? Is it just a confidence issue with us? What do we try and do with him?

The Hammers have Watford skipper Deeney in their sights as they renew their attempts to land a big-money striker. Mirror Sport understands enquiries have been made into Deeney’s availability in January. mirror.co.uk

Do you think we would want Deeney? Would he be the answer?

Suggestions Watford could be in line to lose captain and prized asset Troy Deeney are “not even close”, his agent has told the Watford Observer. The 28-year-old, who signed a new five-year contract in the summer, has been linked with a move West Ham today – but his agent has confirmed there is no truth in the rumours, and re-affirmed he was happy at Vicarage Road. Deeney’s agent told the Watford Observer: “I heard the rumour this morning; it’s not true, not even close. “There’s no interest at the moment and Troy is just concentrating on playing for Watford and trying to get in the England squad.” watfordobserver.co.uk

His agent says there is ‘no interest at the moment’; do you think we are interested?

Josh Cullen played the full 90 minutes as his Bradford City team moved back into the automatic promotion spots in League One, with a 4-0 home victory over Rochdale.

Meanwhile, midfielder George Dobson, 18, was an unused substitute for Walsall as they were held 1-1 by managerless MK Dons.

Good to see Cullen and Page get full games for their respective loan sides; what do you make of these 2 players? Can they progress and break into our first team squad?