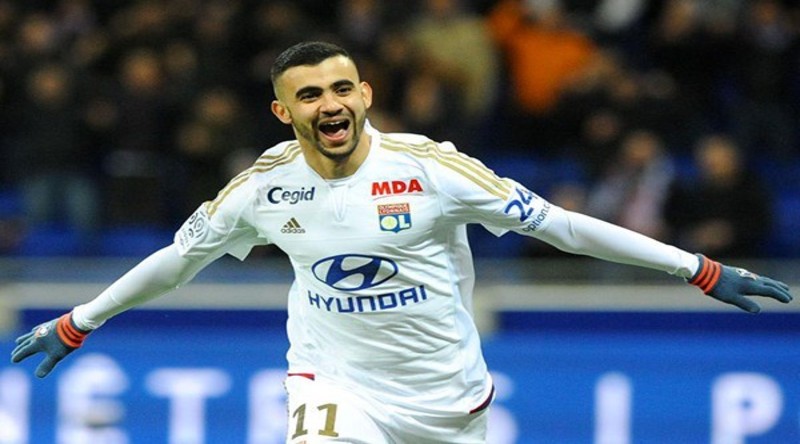 physioroom.com gives return dates as 19th Nov for Collins, Masuaku, Carroll and Sakho…Do you think any of those 4 players might make it back? Collins is the most likely, so what would your line-up be for Saturdays match against Tottenham? What formation do you go with? Who’s your goalkeeper?

West Ham and Spurs could be set to do battle off the pitch – over Lyon winger Rachid Ghezzal. The 24-year-old is proving to be a bit of a problem for the French side as his contract expires next summer and trust issues between Ghezzal and the club have come to light. The Hammers were linked with a 10m euro move for Ghezzal in the transfer window, but Ghezzal rejected the idea as he wanted to stay at Lyon for European Football. At the time, L’Equipe journalist Bilal Ghazi said Ghezzal was promised an extended contract if he stayed. That contract has yet to surface three months down the line. Now, France’s Mercato 365 are saying both the Hammers and Spurs have initiated transfer talks over the Algerian winger. essexlive.news

Do we really need another winger?

Bilic – I am very proud of Aaron.

“I am very proud of Aaron and he deserves it after the way he performed last season. It was not just people at West Ham saying it, but a lot of people outside the Club. He had a great season and we hoped that he would go to the Euro Finals during the summer but he didn’t make the squad. He has now come back from injury which was the first major injury of his career and he came back really good. He is playing very well and we are delighted that he got a call-up to the England squad”

“For me he is one of the best left backs in the Premier League. The way he trains is fantastic and he is a great professional. He always gives his best and has improved a lot on his defending. With the ball he was always a top player with his crosses, movement and pace. He has a great left foot and is a top defender.” whufc.com

Are you pleased that Aaron has received an international call-up? Do you think he will get further call-ups in the future?

Kevin Nolan is back training with West Ham less than 15 months after being released by the club. The former Hammers captain has not played since being sacked by Leyton Orient in April following a four-month stint as their player-manager. Slaven Bilic has given Nolan permission to use the club’s facilities at their Rush Green training ground, but Sky sources understand West Ham are not planning to offer the 34-year-old a contract. skysports.com

So that’s Carroll and Nolan back training with us; what is the reason for this? Is it a good thing?

Simone Zaza is set to leave West Ham, according to Italian journalist Emanuel Giulanelli. Zaza has played nine games without scoring since making his loan move from Juventus. If he plays five more times, the Hammers will have to buy him permanently for £20m. But Giulanelli claims the move won’t happen and that Zaza is on his way out. The Gazetta dello Sport journalist tweeted: “Zaza will leave West Ham.” dailystar.co.uk

Would you be happy if this story is true? Who should we go for instead? Is January a good time to pick up a decent player?

Former West Ham United technical director Gianluca Nani has told Tutto Mercato Web that he is surprised by Simone Zaza’s struggles with the Hammers as he would have bet on the striker being a success in England.

Nani did though note that English football is ‘intense’ and ‘non-stop’ in comparison to Italian football, and whilst he can earn a permanent deal at West Ham, Nani suggested that not many Italian players do well outside of Italy; only four players in the Italian national team squad play outside of Italy. “I’m surprised, I would have bet on the success of his performance” said Nani. “In England the football is intense, non-stop, with a different spirit. ” hitc.com

Gianluca is surprised; are you? Is he correct in saying ‘not many Italian players do well outside of Italy’? Obviously Zola and DiCanio stand out, but any others? And any in more recent times? Is Ogbonna a success?