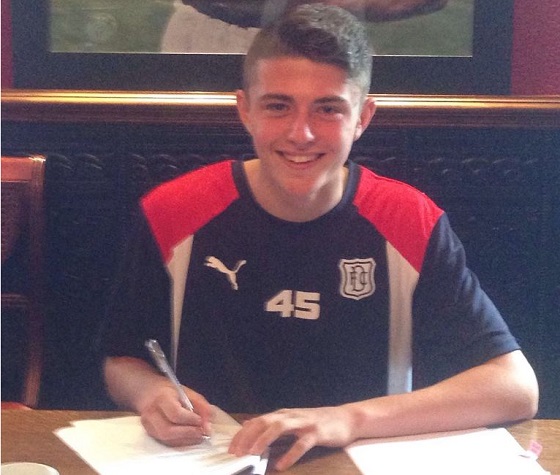 Slaven Bilic admitted to a feeling of extreme disappointment after he saw three points slip through his team’s grasp at Tottenham Hotspur on Saturday. The boss said: “We are extremely disappointed. We were 2-1 up with three or four minutes to go and [before that] we had three really good opportunities to score the third one. When you are up with three minutes to go you want to win the game. Ok, they can equalise, but to concede two goals – one of which a penalty – is hard to take.

“You have to be smart. Son did a good move, our player went down a bit too quickly – well, it turned out to be that that way, but he wanted the best of course. He added: “It would have been important for us to get something out of the game, because we have a tough schedule, but then again we have shown that we can put really good performances in and we have chances against whoever we play. whufc.com

Slaven Bilic: ‘We showed we can play’.

Bilic said: ‘We showed we can play, no matter who we are playing against. It is a tough schedule, that’s why it was important to win or at least get something from this game.’ West Ham will go to Manchester United next Sunday without centre-half Winston Reid, who was sent off for a second booking in the final seconds of stoppage-time. ‘It is a big blow for us,’ said Bilic. ‘But we don’t have to be afraid of them. There are a lot of positives to take into these games.’ dailymail.co.uk

West Ham managed to snatch defeat from the jaws of victory on Saturday in a woeful last five minutes at White Hart Lane. Deservedly leading 1-0 at the break and 2-1 ahead with just two minutes of normal time left, Slaven Bilic’s men managed to not only concede an equaliser, but then gave away a stupid penalty to leave a jubilant home crowd to celebrate an unlikely 3-2 win. espnfc.co.uk

Obiang – ‘We have to stay positive’.

Pedro Obiang insists the players have to stay positive despite the heartbreaking defeat against Tottenham and says they will be looking to bounce straight back against Manchester United next week. Obiang said: “We were very upset in the dressing room after the final whistle. It was a great game and we tried everything to win but in the final few minutes we lost the points.

“Normally in football if you don’t see the game out it is normal that the other team will try to come back and we need to improve and not make little mistakes. “We need to be positive because we had played well but in recent games we have lost games in the second half and we need to change something.” whufc.com

“I don’t even know what to say,” Antonio said. “I feel embarrassed because we know the importance of this game to the fans. We’ve done well, we’ve got the lead, they’ve come back, we’ve got the lead again and we’ve held out until the last seven minutes of the game. “If we’d held on, we’d have got a good win for the team, moved up the table and moved on, but instead we made mistakes. We thought we’d won the game but we switched off.” “Our gameplan was working but the last six or seven minutes we just couldn’t keep the ball out of our net.” “All I am feeling is pain. It’s just one of those things and we need to start over again.” skysports.com

Michail Antonio is the undisputed king of headers in the Premier League – and most clubs can’t keep up with him! dailystar.co.uk

West Ham are keen on Dundee teenager James Cowan. Cowan, 18, is a target for several English clubs with the Scottish Premiership club ready to let the midfield prospect move south. The Hammers have been keeping tabs on the highly-rated central midfielder. mirror.co.uk

West Ham defender Alvaro Arbeloa is set to return to Spain in January as Espanyol have made the 2010 World Cup winner one of their transfer targets for the winter transfer window. The 33-year-old defender is playing a bit-role with the Premier League side having only played 263 minutes in all competitions so far this season. According to reports in Spain, Arbeloa could leave West Ham on a six-month loan deal with the Premier League club that are reportedly willing to pay for the player’s wages to facilitate his exit from the club after a disappointing spell in England. Arbeloa’s contract expires in June 2017. calciomercato.com

Matthew Etherington says that he did not like Slaven Bilic’s substitutes during West Ham United’s match against Tottenham Hotspur yesterday. Bilic has been criticised by some West Ham fans for making the wrong changes, as his side looked to hold on to a 2-1 lead at White Hart Lane. The Croatian manager decided to bring on both Simone Zaza and Havard Nordtveit late on in the contest, and West Ham collapsed with the pair on the field. hitc.com

Ian Wright has told Match of the Day that Simone Zaza was largely to blame for West Ham United’s defeat against Tottenham Hotspur. Zaza was introduced as a late substitute in the match, and he had a wonderful opportunity to seal the match for West Ham. hitc.com

Former West Ham United man Don Hutchison has furiously criticised Harvard Nordveit on Twitter for the tackle which gave away the penalty for Tottenham Hotspur’s last-gasp winner in the London derby. The Hammers twice led against Spurs in the hotly-contested clash before they looked like they were going to have to settle for a point as Harry Kane equalised in the dying minutes. However, things soon turned unimaginably worse as substitute Nordtveit felled Son Heung-min with a reckless sliding challenge in injury time, and Kane stepped up to snatch all three points for the home side.

Hutchison, who played for the Hammers from 1994-96 and 2000-05, was clearly livid with the reckless nature of the challenge from Nordtveit, and though he did not mention the player’s name explicitly, he expressed his anger on Twitter. ‘Some players are thick as!!!!!!!!! Just stay on you feet FFS….. ‘ hitc.com