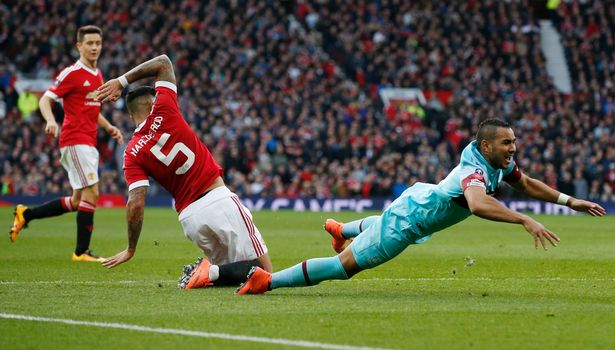 Good evening, here is the evening news round-up for Thursday 24/11/16.

Fletcher has already showed his quality for the Hammers in the Premier League and says it will be an emotional day when he lines up against his former team-mates for the first time. Fletcher said: “I am looking forward to going back to Old Trafford for the first time and it will be great to meet up with a number of old friends. “I spent the majority of my youth career at Manchester United and learned a great deal during my time there so it will be good go back and show what I can do. “This is probably the first time I have played against Marcus in a competitive game. I am looking forward to seeing him and other players like Jesse Lingard.

“I still speak to Marcus and Jesse and see them when I am back in Manchester. They have progressed really well and have broken into the England team. “I have to praise them for the way they have made it through the Academy and are now playing for the national side. We will have to put our friendship to one side on Sunday. “They are the players I grew up and have played alongside. It will be a huge occasion for my family and friends and for the Manchester United fans to see how far I have come. Hopefully I can put on a good performance. whufc.com

Fletcher might be relishing his return to Old Trafford, but are you looking forward to the game? What do you think of our chances in this match? What do we need to do to get something from the game?

With Slaven Bilic’s team in such desperate need of a win, could there possibly be a worse team for them to be playing this weekend than the Red Devils? During the Premier League era, in 20 games at the Theatre of Dreams, the Hammers have managed only two wins and one draw, along with 17 defeats.

They have been outscored by 46 goals to 10 during that period, and were on the wrong end of an embarrassing 7-1 defeat by a rampant United side in April 2000. While the Red Devils are not the team they once were, Sunday’s trip to Manchester is still unlikely to evoke many good memories for Hammers fans, and they will head up the M1 with a sense of hope rather than belief. hitc.com

We have a poor record at OT. Will this next match be another loss for us, or are you backing us to put in a good performance without any mistakes and coming away with a point or three?

When West Ham showed an interest in Edimilson Fernandes late on in the summer transfer window, the player couldn’t quite believe it. ‘Surprised’, as he puts it, the young attacking midfielder threw his Sion plans out the window when the offer came despite thinking he didn’t have the qualities to make it in the Premier League. Fast forward a few months later and the 20-year-old is making regular appearances for the Hammers under Slaven Bilic, even scoring a decisive goal in the EFL Cup against Chelsea.

Speaking to Le Nouvelliste in Switzerland, the player opened his new London flat to the newspaper, and spoke about the current, as well as the future, where he sees himself maybe being managed by José Mourinho or Antonio Conte. Now very comfortable in London, a city he describes as ‘magnificent’, Fernandes has big plans for his future, but first wants to show the world he has what it takes to make a name for himself in the Premier League with the Hammers. He said: “I know I can do more, go higher, and why not go to a bigger club? It’s only by working hard at West Ham that I’m going to develop.” Le Nouvelliste state that by ‘bigger club’ he is referring to  Manchester (United) or Chelsea, suggesting those would be his preferences were he to have a choice in the future. sportwitness.co.uk

Have Fernandes comments been taken out of context or do you think we are just a stepping stone for him? Should our players be thinking of bigger things? If we cannot provide the level of football they require, is it not right that they will want to go onto bigger and better things?

Bilic has known Mario Mandzukic since he was 20.

West Ham manager Slaven Bilic knows the striker well from his time as Croatian under-21 and senior coach. Bilic handed him his debut for the under-21s in 2006 and against Macedonia for the senior side in March 2007. That means the West Ham boss has known him from the age of 20 when he was still playing for NK Zagreb in his homeland capital. West Ham need a new striker, with Andy Carroll’s continuous injury troubles and Simone Zaza and Jonathan Calleri struggling to settle in London. hitc.com

Bilic must know of Mandzukic’s qualities; will that help us to secure him? Do you think Juve will want to deal with us bearing in mind the Zaza deal? If Mandzukic is on Bilic’s list, do you trust his judgement? – Think about Gokhan Töre!

West Ham have been dealt a transfer blow after it was revealed that Napoli forward Manolo Gabbiadini wants to join Valencia. The 24-year-old has had a difficult start to the season and has scored just one Serie A goal in nine appearances. He is set to be moved on by Napoli when the window opens with  Premier League clubs expected to explore their chances of signing him.

But now, according to reports in Italy, it is Valencia that have emerged as frontrunners. Gabbiadini is said to be keen on working under their manager Cesare Prandelli, who could complete a loan move with the option to buy in the summer. talksport.com

If there is any truth in our hopes of landing Gabbiadini, is he someone you think we should be going for? 1 goal in 9 appearances does not sound great! What is your opinion? Does anyone know more about him? Can you give us an insight into his strengths and weaknesses?