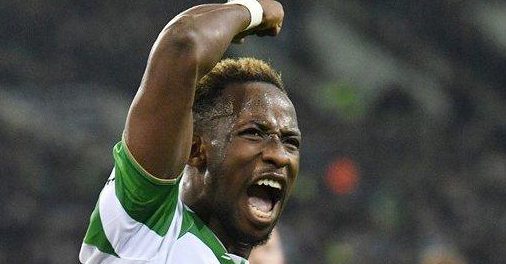 Bilic bracing himself as he awaits news on Diafra Sakho’s hamstring injury.

Bilic said: ‘Sakho is at hospital having a scan – the scan will show how bad injury was. He is definitely out for the United game on Wednesday. One week, two weeks, four weeks, whatever I don’t know. ‘It’s a big blow for us – he showed against Spurs and Man United what he brings the team. Unfortunately it’s a big blow to lose him for tomorrow. I can only hope it isn’t going to be long.

‘It’s very frustrating, especially for the player to work hard, come back and make an impact straight away. It’s bad for us but it’s awful for him. But I’m sure this isn’t like the one which kept him out since pre-season. Compared to that should be a minor one but it’s a big blow because he just came back.’ dailymail.co.uk

With a history of back problems though, it is unsurprising that he now has a hamstring issue! As he  is definitely out for Wednesdays cup game, who would you have up front? Zaza? Fletcher? Ayew? Carroll? Antonio?

Carroll has not played for the Hammers since suffering a knee problem in the 2-1 defeat to Chelsea on the opening weekend of the season. The 27-year-old’s career in east London has been plagued by injury problems but he is finally closing in on a return to first-team action.

What are your thoughts on the big man? Do you think he will make an appearance on Wednesday? Maybe from the subs bench?

I expect this from Jose Mourinho’s team selection on Wednesday.

West Ham face Manchester United at Old Trafford for the second time in a week. And Bilic expects the United side to look very different to last time out. He said: “They played good against us. But there will probably be some changes. “They can’t play Paul Pogba, Marouane Fellaini. But they have Carrick, probably Rooney starts. Anthony Martial and all them. “What we expect is same shape, same kind of football, just different names.”

Saturday’s match ended 1-1 with Jose Mourinho being sent to the stands after protesting Paul Pogba’s booking. Pogba is suspended for the match, as is Marouane Fellaini, and Mourinho also has fitness concerns. And Bilic hopes the Hammers can take advantage and move into the semi-finals of the cup. “We have to beat Man United,” he said. “It would give us confidence. Results wise it was only a point at the weekend, and although every point counts, one point can’t lift you a lot. express.co.uk

Noble said: “The Premier League is important to us because of the position we find ourselves in and we need the points. We have tough games coming up against Arsenal and Liverpool. “But we can now look forward to a big game in the Cup against Manchester United once again and going to play at Old Trafford is everyone’s dream so we hope for another good result.”

Noble added “It was a tough game on Sunday, especially after we took the lead so early on. We knew they were going to come at us and they did during the opening 45 minutes. “But in the second half I thought it was more even and both teams had chances to win the game. “Sometimes you just need that bit of luck and Darren made some great saves for us. I thought the defence played really well and we were really resilient as a team. “You need that when you come to a place like Old Trafford and it is a special place to play but I thought we matched them man for man.” whufc.com

Do you think we can beat Man U and go through to the next round of the cup? What team would you like to see us put out?

West Ham added to list of Moussa Dembele admirers; could move for Celtic striker in January.

West Ham United are the latest club to be linked with a move for Celtic striker Moussa Dembele, a report in this week’s Sunday People claims. Dembele scored his 17th goal of the season as the Bhoys beat Aberdeen 3-0 to secure the Scottish League Cup on Sunday and is already attracting interest from a string of top European sides, according to reports. Premier League giants Manchester United and Arsenal were again linked with moves by ESPN last week, with the Sun previously reporting interest from Spanish heavyweights Barcelona and Real Madrid.

West Ham’s need, however, is arguably more pressing, with summer signings Simone Zaza and Jonathan Calleri struggling to impress for Slaven Bilic’s side, who currently sit a point above the relegation places. According to the Sunday People, Bilic is “on the lookout for a new striker as he battles to save his job”, with Inter Milan’s Stevan Jovetic and Juventus’ Mario Mandzukic both on his list of targets, along with Dembele. hitc.com

Is Dembele the sort of striker we should be looking for? Who would you like us to go for in January? Or, would you rather we waited until the summer and went all out to get in a real top quality forward as soon as possible?

The midfielder has been troubled by injury this season and he is no longer a key part of the club’s first-team plans.  As a result, the 25-year-old is reportedly open to moving on in January if a suitable side makes him an offer. Fiorentina, Roma and West Ham, according to Canal+, are all interested in Grenier and they are ready to take him on loan. The Frenchman has in the past been linked with the likes of Arsenal, but he has never been able to turn his back on Lyon. However, now he has slipped down the pecking order, it is thought Grenier would consider leaving. talksport.com

Westley – The test was needed.

Terry Westley said he was delighted with the test his players received, despite going down 4-1 against Fulham at Craven Cottage in Premier League 2 Division 2. “I’m delighted with the test my players received tonight. Our centre halves had a real challenge with their front two and they can get back on the bus and think they’ve put in a real shift tonight.” “I can’t say that about everybody but in our job, if that’s the learning curve and we get better then it’s worth doing.”

Toni Martinez, on his return after seven weeks out through injury, got the Hammers back into the contest with a penalty on the hour mark, but the comeback was effectively stopped when Christensen found the roof of the net from close range. The result ends the Hammers five match unbeaten run, as they quickly prepare for the visit of Brighton and Hove Albion in the Premier League Cup on Thursday. “We haven’t got a big break now, we play again on Thursday. If we can beat Brighton that’ll be three wins on the trot in the Cup. “That’ll nearly guarantee that we go through to the next stage so it’s a big game for us and we’ll turn our attention to that.” whufc.com