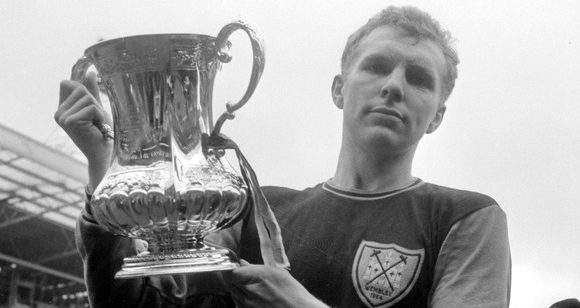 Bilic – We made the same mistake twice.

Slaven Bilic was left frustrated after his Hammers side conceded early goals in both the first and second half in a 4-1 EFL Cup quarter-final defeat to Manchester United on Wednesday.  He said: “We can’t have a slow start against them because they are very good when they are one up. They have those kind of players. “After the slow start, we recovered and looked good but you can’t do the same. And we did. They totally deserved it then after that. You just can’t have that kind of a start in a game like this. “They are really good on the counter attacks and all that but that happened to us in the first half and then we recovered and started to play after 25 minutes. They played with more energy and quality and a bit more passion.”whufc.com

Bilic was frustrated; me too! Yes Man U are a good team but we made them look fantastic… Why did they play with ‘more energy’ and ‘a bit more passion’? We made changes and had fresh players in the team; where was their energy? Where was the passion from the whole team? I’m not going to single any particular players out but a few performances last night really annoyed me. I have heard the comments that ‘the players just don’t care’ a few times this season and I am starting to think this may very well be true. With the injuries we picked last night and our players continuing poor form (other than the odd good performance here and there) I am starting to get very worried about how we are struggling. I really don’t like this ‘there are worst teams than us’ statement. The day we start relying on other teams being worse than us is a bad day indeed; I still remember the team that was ‘too good to go down’!

Bilic: What I really thought of Cup defeat to Manchester United.

“I’m very disappointed, they deserved it,” said the Croatian. “You can’t have a slow start anywhere, especially not here because they’re good anyway but when they’re one up they hit on the counter attack, have amazing quality and are very direct and punish you. “They could’ve scored a second one after the first but we defended and then came back into it.

“At half-time we said we couldn’t allow them to do it again but it was exactly the same start in the second half. “It’s hard to come back twice and then they scored the third one and that’s them totally in control of the game. You can’t expect anything here when you have such a slow start to the game.” express.co.uk

Ok, I had my say after the first article above, now it’s your turn…What did you make of Wednesday night’s game? Why did it all go so wrong? What do we need to do to make things right and get ourselves out of this mess and finish in a decent position? What needs to change? Who needs to go? Who can we realistically get in to help change things? Are we in a relegation battle already? Why  do we get so many injuries? – (We moved training grounds already so that wasn’t the problem)! Or am I just overreacting?

Phil Neville: This was disgusting and could have caused major danger for Man United star.

Phil Neville has slammed West Ham goalkeeper Adrian for a ‘disgusting’ challenge on Zlatan Ibrahimovic. Adrian caught the Manchester United striker on the knee after he chipped the ball beyond him to open the scoring last night. “It was impossible (for the referee) to see, even we didn’t see it here because you’re concentrating on Zlatan being one v one,” Neville said on Sky Sports. “But it’s a disgusting challenge, really. “The way he (Adrian) plants his foot into the leg of Zlatan. It could have caused major danger.” Ibrahimovic escaped without injury and went on to play a part in United’s impressive win. express.co.uk

Payet has received criticism of West Ham fans for his performances this season, which have fallen short of the high standards that he set last term. The French international’s attitude has been called into question, with some West Ham fans concerned that he now wants to play elsewhere. However, Nolan has defended Payet – and suggests that it was always going to be very difficult for him to reach the same level as he did during his first season in English football. “When a team isn’t playing as well as it was last year – and Payet was unbelievable last year – it’s difficult to reproduce that again. I don’t care how good you are. It’s the physicality and the pressure of the spotlight on the Premier League.” hitc.com

Is our former captain correct, is it ‘second season syndrome’ for Dimi? Or is there something else? Does he want to leave? Is he bemused by the lack of quality around him? Annoyed by our poor position? What are your thoughts?

West Ham’s Michail Antonio admits his favourite position is on the wing but says he is happy with his current role under manager Slaven Bilic. The Hammers have deployed a back three in recent matches and Antonio has played right wing-back, where he has scored six goals this season making him West Ham’s top scorer. “My favourite position is playing on the wing. I prefer to play left wing, that’s my favourite role,” said Antonio, speaking at an event to showcase the new Facebook-owned Oculus Touch controllers. “I would like to be a winger in a four, like a 4-4-2, but right now I’m playing wing back and playing well so I just have to take it and keep going.

“I haven’t spoken to the manager about it. I don’t feel the need because since we’ve changed it we’ve been doing well. “I’m a team player. I played right back last season for half the season and now I’m playing wing-back but I’m scoring goals, I’m playing well so I can’t really complain.” skysports.com

Where would you like to see Antonio play? Is he a liability when it comes to defence? Is the defensive side of the game something he will improve upon in time? If we ever get a RB / RWB that is fit and Slaven rates, will we see Antonio move further up-field? He is a better winger than Töre or Feghouli isn’t he?

Trouble at London Stadium is down to ‘teething problems’ says Karren Brady.

West Ham United vice-chairman Karren Brady has defended the London Stadium’s suitability as a football venue, claiming the trouble that has taken place there this season is down to “teething problems”. Brady, the stadium operators and the Metropolitan Police faced a two-hour grilling from the London Assembly Police and Crime Committee on Thursday morning following the crowd trouble at the ground this season.

Commander BJ Harrington, of the Metropolitan Police, revealed there were six arrests at the Chelsea match and 18 in total at the stadium this season – nine of whom were West Ham supporters. Some fans were arrested after CCTV footage was reviewed, bringing the total to 27. There have been 71 banning orders, although some of those have been successfully appealed due to cases of mistaken identity.

“We are coming up to the halfway point of season and there have been 18 arrests at matches. At Arsenal last season there were 60, and at Manchester United there were 57,” said Brady. “At an Aston Villa match recently there were 14 arrests. “We have had teething problems and accept that any disorder is disruptive, but we want to put some sort of perspective on it. We have taken strong and decisive action and we are adamant that we want to eradicate the problems.”  She added: “The majority of West Ham supporters are passionate and well behaved. We are talking about a very small minority which we have successfully identified and banned.” theguardian.com

Teething problems? Sensationalized media reporting? Do you think we are over our ‘crowd issues’ now? Have the relevant stakeholders done enough to solve the situation?

Bilic ‘favourite’ for job in Germany.

Even if he is struggling in the Premier League, that doesn’t mean other clubs wouldn’t be happy to have him as their head coach, with reports in Germany emerging the former Croatia national team manager could be a target for TSV 1860 München in 2. Bundesliga. TZ reported on Wednesday that Bilic is top of the list to replace the current interim side Daniel Bierofka in the upcoming winter break, ahead of other reputable names such as Roberto Di Matteo and Avram Grant.

The newspaper claim that Bilic, who speaks German well following his three years as a player for Karlsruher between 1993 and 1996, and contact has already been made. TSV 1860 München’s chairman, Hasan Abdullah Ismaik, who owns 60% of the club, is said to be a big fan of the West Ham manager, and has already been in touch ‘for a long time’, and isn’t hiding that Bilic is his ‘favourite’ candidate for the post. sportwitness.co.uk

What are your thoughts on our current manager? Is he the right man for the job? Do you think we need a different man in charge? Last season most people seemed happy; what about this season?

Bobby Moore to be honoured with Lifetime Achievement Award.

West Ham United are delighted to announce that the legendary Bobby Moore OBE is to be honoured with the Club’s Lifetime Achievement Award at the end of our historic first season at London Stadium. The West Ham United Player Awards 2017, in aid of The Academy, will take place on Tuesday 9 May 2017 at The InterContinental London, and will see the prestigious accolade awarded in memory of our most famous son.

No figure better illustrates West Ham United’s proud and rich heritage than Bobby Moore. And at this historic time, it is more important than ever to remember our traditions and carry the glories of our past into the dreams and aspirations of our future. The Club has long since held the belief that, in this momentous inaugural year at the iconic London Stadium, there could not be a more deserving and appropriate choice for the award than the most iconic player in our 121-year history. whufc.com