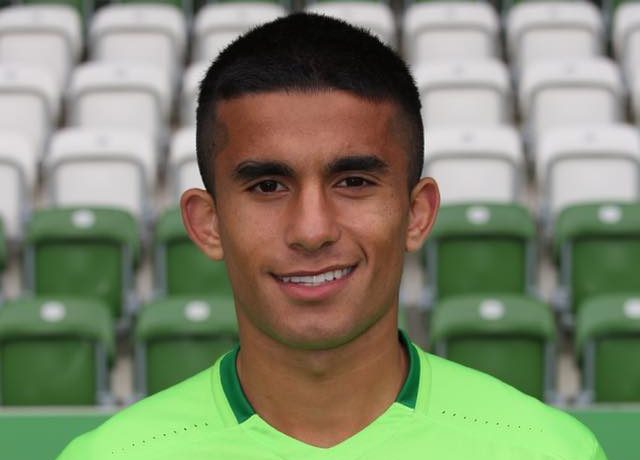 Board show support for Bilic with signing.

The club are understood to have agreed a five-year contract with Wolfsburg’s Turkish midfielder Murat Saglam, who will join West Ham on a free transfer in the summer. thetimes.co.uk

An 18 year old attacking midfielder who can also play right wing or right wing back. He is described as a ‘wonderkid’ but is clearly one for the future as he has not yet made a first team appearance for Wolfsburg. No risk involved in a free transfer, but let’s hope we have some immediate first team improvements lined up for January as well.

Igor Stimac has backed old friend, compatriot and fellow former Hammers defender Slaven Bilic to lead the Club out of its current predicament. “When Slaven got the job, I said that he will be an instant success at West Ham United,” Stimac told whufc.com. “He knows what this job is about and how to turn things round. “One thing I am pretty sure of is that Slaven will not lose his passion, commitment and confidence. “We all know that Slaven is the right guy for West Ham and I point my finger at the players here to wake up and bring back to their game the same passion they showed last season.

“Not long ago they played with much more intensity, looking after each other and fighting as a team – defenders need to defend, midfielders to fight and pass the ball quickly to support the front players and make it easy for the them. “They all stood up for Slaven last season, praising his work, and if they don’t want to lose him then I expect team captain Mark Noble to shake up the dressing room and the team to start producing good football again.” whufc.com

Nice of Igor to back Bilic up. Let’s hope the team do the same!

West Ham United manager Slaven Bilic has suggested that he has no fear of losing his job, despite a torrid season so far. Since moving to the London Stadium in the summer, the Hammers have struggled for wins having claimed just three victories in 14 Premier League fixtures this season. Scrutiny has intensified on Bilic, but co-owner David Sullivan recently gave his public backing to the man the club appointed last year.

“The owners do [understand],” Bilic told The Premier League Show. “I say what I mean, there are obstacles. When you go to somewhere new, the owners knew the possibility that it’s going to take time. “You can’t just do it, click it. You have no choice – if you want to move forward with the club, you have to do something like this. Our choice, or the owner’s choice, was to go forward. It was a brave choice, positive, it was a good choice. You have to do something like this.” sportsmole.co.uk

How much ‘time’ has our manager got? The board don’t like to sack managers, but in your opinion, at what point would you say ‘enough is enough’? Or, do you think we should stick with our popular manager no matter what happens?

What’s wrong with West Ham? How are a team that finished seventh in the league last season now one point above the relegation zone? West Ham have only scored 15 league goals this season while they have conceded 29.

West Ham’s approach play and work ethic doesn’t appear to have changed drastically since their move to the London Stadium. Across the pitch, their number of tackles, duels won, aerials won, passes, crosses, dribbles, average possession and distance covered are all almost identical to last season.

Last season, West Ham conceded 14 goals from errors, surpassed only by Aston Villa (15). This time round, the London club have also shipped a league-high six goals from errors, costing them 10 points. Had those errors not been made, they’d be sixth in the league above Manchester United. skysports.com

Zaza set to be offered escape from Premier League nightmare by Valencia.

Simone Zaza is ready to end his West Ham nightmare and sign for Valencia. The Italy international has been a flop in east London since signing on loan from Serie A champions Juventus in the summer. Zaza’s loan was originally intended to become a permanent deal with the Hammers but his paltry goal return and hapless performances have West Ham looking for the emergency exit.

Under-fire Valencia boss Cesare Prandelli has been promised funds to reinforce the squad after selling Paco Alcacer and Andre Gomes to Barcelona this summer for around £75million. Prandelli, who scouted Zaza during his time as Italy boss, is keen on reviving the striker’s flagging career and has made contact with the 25-year-old. Zaza’s entourage responded with positive noises and the centre-forward is keen to try his luck in La Liga. mirror.co.uk

Valencia: ‘We can’t afford to sign Zaza unless he cuts his salary’.

Valencia director of sport Suso Garcia Pitarch has released an interview with superdeporte.com revealing that the LaLiga side can’t afford to buy West Ham striker Simone Zaza, unless he cuts his salary. “His salary at West Ham is a problem for us. If he could cut it, we’d consider signing him. I don’t know what Prandelli thinks of him, but he’s a player we are watching.”  Pitarch has also revealed that the 25-year-old hit-man was close to joining Valencia last summer. calciomercato.com

Zaza going to Valencia is almost a daily link now; do you think this will be his destination in January? Seeing our lack of depth of decent / fit strikers, who would you realistically like to see us bring in during the transfer window who can help us get the goals in the formation that we play?

The FA Cup game between West Ham and Manchester Citywill be shown live on BBC One.

The Hammers will host Pep Guardiola’s side on Friday, 6 January (19:55 GMT). bbc.com

Cottee – It is time for the players to step up and be counted.

Saturday’s thumping by Arsenal was difficult to take and I have to say that it was a poor result and an equally poor performance. There are mitigating circumstances with injuries, but we needed leaders out there and they simply weren’t there. The players we brought in during the summer simply haven’t done the job and they need to understand what it means to be a West Ham player.

The manager criticised his players for their lack of intensity both on the field and in training and I think he probably had little choice. Almost certainly he has tried everything else and he needed to get that message home and hopefully the  players will take notice of what he says. What West Ham must do this week is work hard in training and Slaven must pick a team of men to go out there at Anfield on Sunday and give everything they can. I fully expect us to lose the game on Sunday, though I am hoping for a draw, but what I want to see is every player giving their all before those big games against Burnley and Hull City. COYI! newhamrecorder.co.uk

How do you rate our chances against Liverpool? What team would you like Slaven to pick? Who are you dropping? Who is coming in?

West Ham United’s London Stadium has been confirmed as the UK’s only venue that will host American rock legends Guns N’ Roses during their upcoming ‘Not In This Lifetime’ tour. The band will take to the stage in East London on Friday, June 16, 2017. essexlive.news