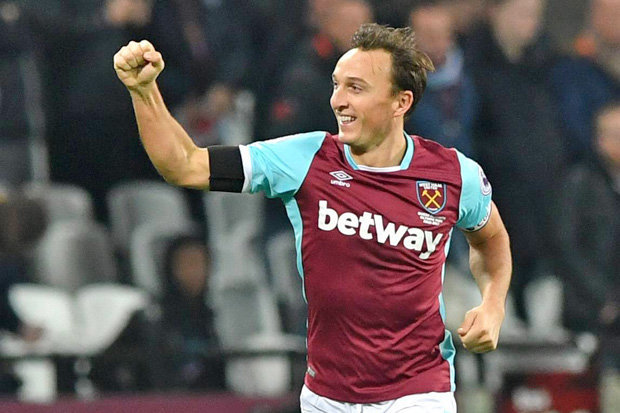 A Mark Noble goal was enough to see off Burnley last night as the Hammers came out 1-0 winners. (Guardian)

Slaven Bilic says he will find the cure for the ‘cramp’ in the West Ham side. (Standard)

Tom Heaton insists that he was fouled in the build up to West Ham’s penalty last night. (Sky Sports)

I don’t think so, Tom. I think goalkeepers expect to get a freekick every time they are touched nowadays.

Mark Noble says that the three points earned last night are the only things that matter. (Standard)

Completely agree. A win is a win, we keep pushing on.

We did well last night, but there is still so much more that these players are capable of. Onwards and Upwards.

Here are the stats about Andy Carroll’s return to the starting XI last night. (whufc.com)

So glad to see the big man back, hopefully he can keep the momentum going for a while now. Welcome back, Andy!

As it should be. If we win this, we are looking at near enough mid table. We have to win again on Saturday.

Reece Oxford has snubbed Manchester United and is finally set to sign a new long term deal with West Ham when he turns 18 tomorrow. (Essex Live)

So pleased with this news. He is the future of English football in my opinion and will be such a big player for us.