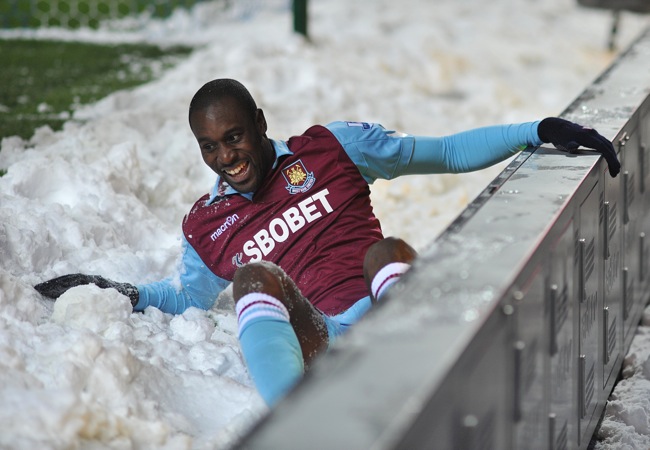 So we sit here with six points from the two games against Burnley and Hull and that is exactly what the doctor ordered to get our season up and running. It is a results business and we needed those results although the performances need to be improved massively.   Had we been playing a much better team than Hull (who I think are the worst team in the league) we would have been battered and rightly so, the post deserved the man of the match award.

I thought Antonio had a good game and worked his heart out up the flank. Noble also was more on his game and I feel it is games against the likes of Hull who have arrived for a battle when we need him most. I also think Winston Reid is coming back to his Hammer of the Year best which has been pleasing to see. Randolph had another solid performance and for me he has to remain the number one for the time being.

It is that time of year where my workload as a West Ham blogger gets massively increased and alongside the stress of it too. You will find a load of “new ITKs” who suddenly decide to emerge for the window and then disappear afterwards. You will get all the “agents” suddenly revealing all the news too. You know those with the cartoon picture and the original name of “Agent Dave” “Agent Peter” “Agent Derek” none of whom are actually registered agents either. The other type are the non-creditors. Those that take other people’s news (mine mainly ha) and change a few words or add a bit more detail and claim to be in the know. The frustration is that two of the bigger West Ham blogs have categorically told their writers not to credit me (because of their various agendas) and will wait till another site/paper has copied and quote them instead. The final problem and I am sorry to moan is what is known as “Football Twitter Rustlers” mainly a bunch of teenagers without much to do in their lives who decide to “rustle(wind up)” bigger accounts. So they will wait for something I say to not happen for various reasons and then start with the fraud comments. I know it is my own fault I have positioned myself in this field but I think maybe old age is creeping up with me and I prefer other things associated with the account like the radio show and our events than this anymore. That said I will still continue to do what I tried to do from the start and bring reliable news to the fans. I know that I will not always be right as I do not have as direct line to Mr Sullivan, the only man who knows exactly what is going on minute by minute but I will do my best. Anyway rant over, here is what I know so far about the window.

As I have said for many months now, we want proven players to join us in January and no major gambles (Although knowing David Sullivan as I do, I wouldn’t be surprised of another South American player turning up at some point).   We have approached many of the big clubs to get a run down on their player availability. Chelsea have been the main target with a loan for Bathsuayi the number one choice. It has been made clear to us that Chelsea are not looking to loan the player as they do not have many options in the forward department. Batshuayi is apparently keen for first team football and Chelsea will only consider loaning him out if the player himself asks to go on loan. Batshuayi is reluctant to do this because whilst he wants first team football he doesn’t want to rock the boat and upset his currently employers. It will be interested to see how much game time he gets with Costa now suspended. West Ham hope that we can change his mind set. We would also like to sign Ivanovic but this seems more likely in the summer when his contract is up as Chelsea are still using him as back up. Begovic is another we have looked at bringing in and again this is more likely to be in the summer where either Adrian or Randolph could be sacrificed. We are also keen on Loftus-Cheek but Chelsea will only loan him if he is guaranteed to have regular starting 11 football (something we may not be able to do) and another player out of contract in the summer Solanke could join. We have scouted him a number of times and it is unclear yet whether we will make a move.

We have been in contact with Liverpool too. This time the main target is Sturridge but again it appears he may be still required at his current club. Flanagan at right back is another potential option but his injury record and unsuccessful loan at Burnley may put us of.

At Manchester United there is Fellani who should be available and again could be someone that we would move for although many big clubs are also in for him from abroad. There is some interest in the player and he is open to a move to East London get more regular games. Although both are very unlikely Anthony Martial and Marcus Rashford have also been identified for potential loan moves. We would face a lot of competition and it would be tough to pull these signings off but they could be considered. Chris Smalling is another potential signing from the Manchester club and he can play in the desired right back position.

Then you look at Manchester City there isn’t really anyone at the moment who is likely to be available in the positions that we want from them with their injury problems. We would be keen on Giroud from Arsenal but whether he is available or wants to come to us is not known at this stage. We could also look at their right backs, former hammer Carl Jenkinson and Debuchy although injuries are a concern with the later. There is some talk that we could move for Spurs right back Kieran Trippier who has barely featured for them since joining them from Burnley but Spurs don’t tend to like to do business with us and we would have to move past that obstacle.

It is obvious but a right back and a forward or two are the main positions we want to sign in. Iorfa of Wolves has come to the attention and there is some talk that Glen Johnson could be available as well. There has been couple of foreign right backs identified one from the French league and one from the German league but this is not our preferred strategy.

As far as forwards go all of the above would be targets. There is a chance we could take a gamble on Berahino of WBA. He is out of contract in the summer and could therefore be bought for a cut down fee or a loan until then possibly. He has the same agent as Reece Oxford and now that Reece has agreed to stay at the club, his agent could try to bring the out of favour forward to club. The club would be keen on Defoe but it is unlikely that Sunderland would sell him to us as we are a relegation rival.

There are a few foreign alternatives that we spoke about in an article yesterday but after all the failures this summer they will only be considered if a domestic signing cannot be made.

As I have been reporting for a few weeks now (breaking news on another site yesterday) we will look to get rid of a number of players. The obvious ones are Calleri who is back in South America and an injured Tore who is unlikely to be fit enough to play again this season, both may have their loans terminated. The same can be said for Zaza who is unlikely to be here in January with Italian and Spanish teams looking to take him off our hands. Arbeloa has never really seen eye to eye with the manager since being here and he is another that is likely to be allowed to leave. Zaragoza and a couple of other Spanish teams are keen. Feghouli could also be allowed to leave. He is unhappy with his playing time and it is likely that he will be allowed to move on loan during this window.

There have been rumours that Obiang and Payet could leave. Obiang is happy at the club and has finally convinced Bilic he should be a key player and Pedro realises that he is now a very valued. He is likely to want to remain at the club.   The other player who I believe will stay is Payet. He has been reported as saying in the press that he would consider various clubs. Those clubs, whilst being keen on him, are unlikely to meet our price tag this window and the club wants to turn down all offers. I do believe however that depending on how this season goes Payet could consider his future in the summer.

A number of youngsters are knocking on the first team door and should be offered new longer term deals like we reported on Reece Oxford. Martinez has impressed massively in the development squad and Bilic is considering using him on the bench over the Christmas period and possibly more against Manchester City in the cup. Reece Oxford is expected to feature a lot more now he has signed the deal and is on the road to injury recovery. Some youngsters will go out on loan with Marcus Browne looking likely to be one of the first with Coventry a likely destination.  Talks of Fletcher leaving to Leeds are rubbish and recycled from the summer, he has since proved himself as an important squad member.

You may have seen on the website that we have Alvin Martin as our special guest at the next VIP event on the 2nd of January. It is expected to sell out as we have had massive interest. Tickets to this event would make a really great Christmas present and would also help to kick off the new year in style. We shall have an excellent raffle with prizes and I hope to see you all at the event! I will either give the odd transfer update verbally to those who are starting to know who I am or get Wardy to do a little announcement during the event too. You can buy tickets here: bit.ly/2hewqo4

Tune into the radio show tomorrow to hear out Christmas special and our predictions for the festive period and watch Evan’s YouTube video where he reflects on this transfer column.  I wish you all a Merry Christmas and would like to say since I have started my account (4 years ago on Xmas Eve) I have met so many quality people and hope to continue to do so for years to come. COYI