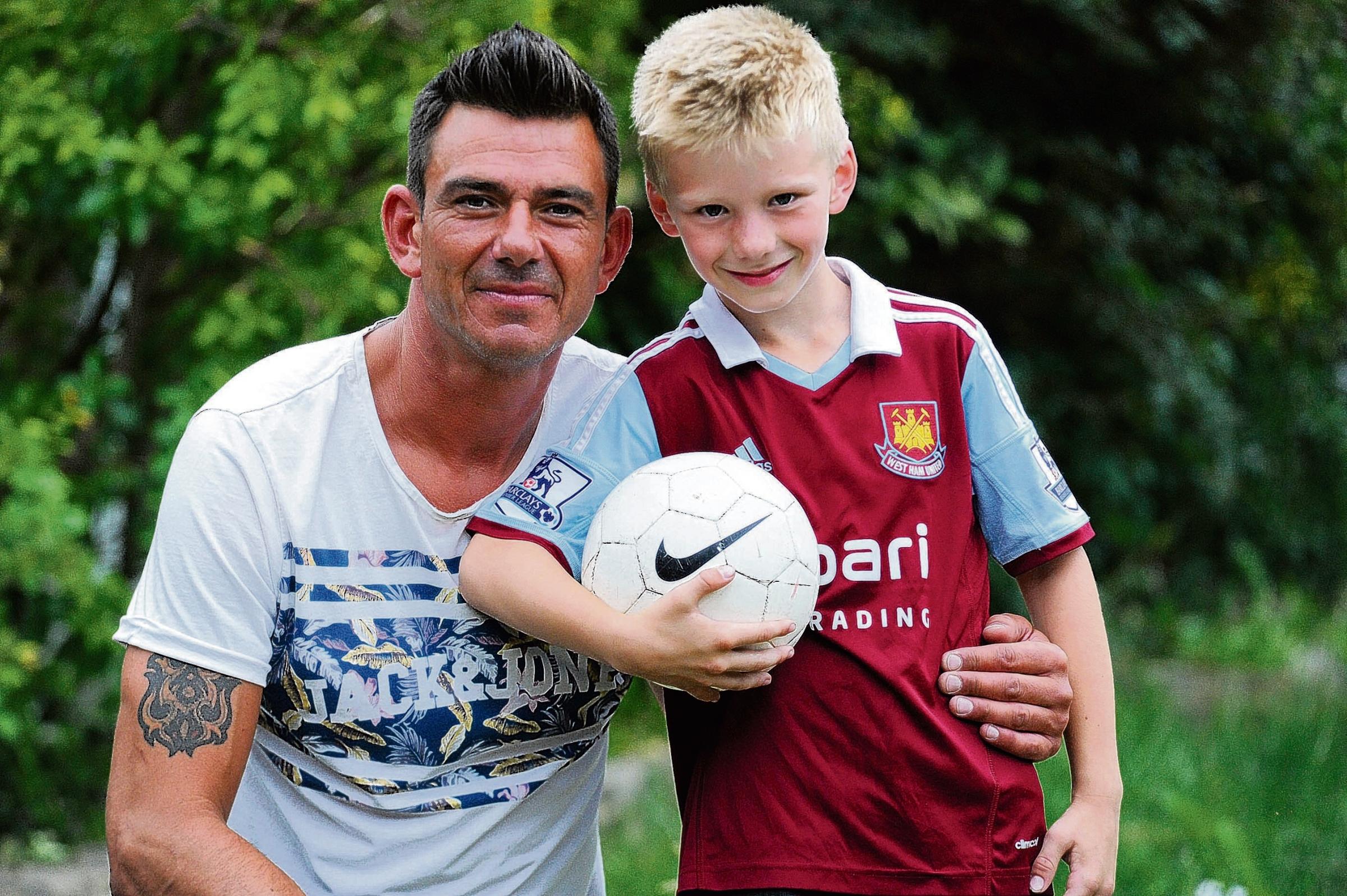 Thanks to Andy Hemington @dadsonthepitch for the interview and for being a very loyal supporter of the site.

How did your move to West Ham come about?

I was scoring loads of goals at Billericay, I think about 120 goals in 70 or 80 games. Southend were about to sign me, about a month before. Dave Webb, the manager, had done the deal but their chairman pulled the plug saying I wasn’t good enough which was a real blow. Then I went on a weeks trial to Sheffield United with Dave Bassett in charge. I went up there to play 2 reserve games, but it turned out to be just training. I wasn’t that happy and got the train home. A week later West Ham had been watching me too, Frank Lampard Snr had probably watched me in 6 games and I played a game at Wembley for Billericay. I had an absolute shocker lost 2-0 I knew Frank was watching. Peter Brabrook (then assistant coach at Billericay Town) was a massive influence on me recoaching from the age of 20 to 22, where I’d had no real coaching before (God rest his soul). He had told Frank about me. As I walked off I thought I’d blown it but Frank nodded and said you’re alright. A couple of days later I signed at the age of 22. Peter Brabrook rightly so had a big hand in the coaching for years in the group with Tony Carr. I know he was looking at Cresswell before they signed him as well and had a real eye for talent. The fee wasn’t £22,500 but after 20 games I think Billericay got £45,000 instead and from memory they built the car park with that money, they certainly did part of it ( although it was not named in my honour!!!)

You joined at 22 years old what was your feelings on first training session?

Probably total embarrassment because I hadn’t been in an academy, hadn’t played at any level up to age of 22 other than Sunday morning and a bit of dad’s team and district team. We got into a circle and I’m up against Alvin Martin, 2 and a half minutes he run me ragged, I don’t think I touched the ball, I crawled out the circle! I realised if you don’t get that coaching I was raw, it was all new to me. Gone from working in a factory playing a work game on Thursday, Saturday game for Billericay town , then on Tuesday Billericay again then on the Saturday sub for West Ham at home (I didn’t get on).

Did any players stand out at training, any advice given?

When you walk into a club 22 new players, all different personalities, takes a while to adjust to everything in life.  In my first year I was very naive. I had banter with 5 or 6 players. Julian Dicks was excellent, as was Tony Gale and Clive Allen. Trevor Morley, Bish and Kenny Brown were good to me. When Slav was there we got on like a house on fire.