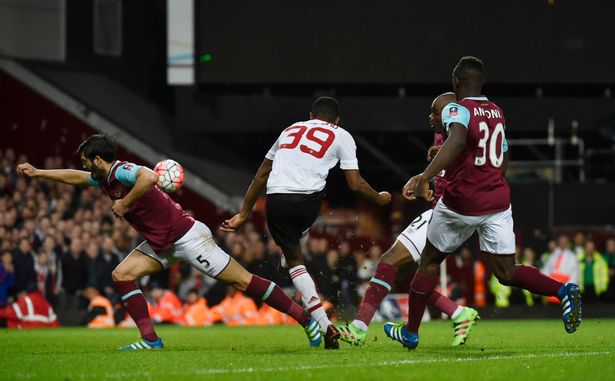 Good afternoon Hammers. Here is a round up of what the papers are saying this Thursday afternoon.

Former West Ham striker Carlos Tevez is the latest player to join the Chinese League in a deal worth £500k a week. (Talksport)

Every player that goes to China goes for the money, lets be honest. Its just a shame to see Tevez go there and end his career.

Juventus are prepared to take Simone Zaza away from West Ham and give them Patrice Evra on loan for the season. (Express)

We already know Zaza is going, so thats that. I would take Evra on loan cause I think he is a very good player with lots of experience, and he is also a great leader.

I don’t know anything about this guy, so I’m not keen on signing him. Always prefer a player who has Premier League experience.

Marcus Rashford is being urged to join West Ham in January. (Express)

Marcus Rashford is a top talent, its plain to see. I would love to see him at West Ham, although it would be very difficult to get him.

West Ham and Liverpool are set to miss out on Real Madrid youngster Martin Odegaard.  (Talksport)

This guy was supposed to be the next big thing wasn’t he? If so he has massively disappointed. I think we should pass on him.

Never heard of him. I really don’t like us making signings when the majority of us have never heard of the player. Always a massive gamble.

Arsenal are ready to listen to offers for Carl Jenkinson with West Ham and Crystal Palace interested. (Mail)
I would take Jenkison back, whether it be on loan or permanent. However, it would have to be for the right price.

Lamine Kone is keen on a reunion with Sam Allardyce at Crystal Palace, with West Ham and Everton cooling their interest. (HITC)

Andy Carroll says he is feeling good ahead of West Ham’s trip to Leicester this Saturday. (Football Insider)

Glad to see him back and enjoying his football, I just hope he can stay fit for the long term now.

The agent of Anthony Martial says he and the player are now considering their options in January with West Ham and Sevilla interested. (Essex Live)

Martial is one of my favourite non West Ham players, and I would be so excited to see him join us. If the board could somehow get him, then fair play to them.

Slaven Bilic says Manuel Lanzini could be fit for this weekend, and that Sam Byram and Reece Oxford are back in training too. (Essex Live)

Good to have Sam and Reece back. Hopefully they both get more game time once they are fully fit.