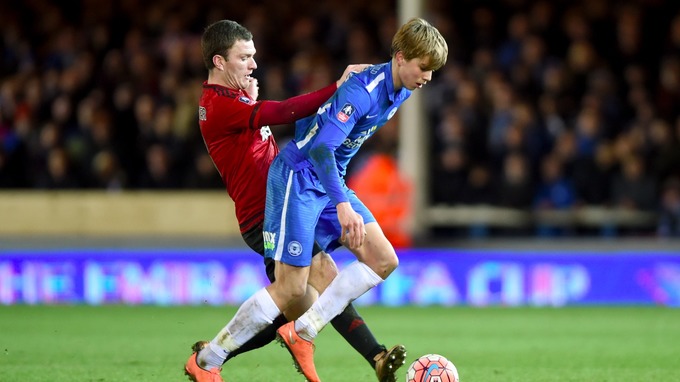 Peterborough United re-sign West Ham’s Samuelsen.
Peterborough United have re-signed West Ham midfielder Martin Samuelsen on loan until the end of the season. The 19-year-old Norwegian was a fans’ favourite during his time at Posh last season and scored a memorable solo against Sheffield United at Bramall Lane. He joined Championship side Blackburn on loan earlier this season but failed to make an impact at Ewood Park. Samuelson is eligible to face Scunthorpe United tomorrow and will also be allowed to play in the big FA Cup tie at Chelsea next Sunday.

It is great to have Martin back at the club. He is well loved by the players and the staff and of course the supporters, I am sure he will bring a lot more quality to us and we are looking forward to working with him again.– GRANT MCCANN, PETERBOROUGH UNITED MANAGER. www.itv.com

A good move by the club I think. Martin was not getting any games with us and didn’t have a good time with his last loan move at Blackburn rovers. He did well at Peterborough last season and hopefully will be a success again there.

What are your views? Should he have stayed with us and played in the U23’s? Or do you think he is good enough to get into our first team now?