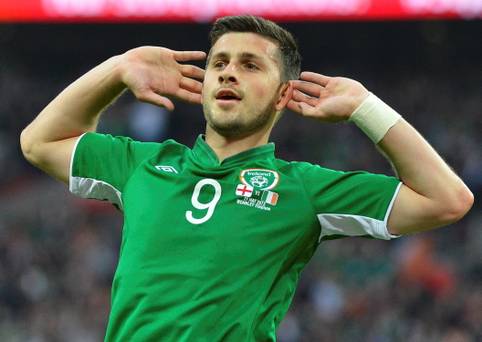 Firstly I would like to wish all our readers and followers across our various platforms a Merry Christmas and a Happy New Year. 2016 was our first year as a site and we have achieved quite a few things but all of the team want to make 2017 even more successful. If you would like to be a part of the team as a regular writer, YouTube contributor or an advertiser please get in touch.

The Leicester game was a strange one. I agreed with Bilic in keeping an unchanged side from Swansea although that was harsh on Obiang who I think has been brilliant but you cannot change a side that has won 4-1. What was odd about the game was that we dominated possession 60%-40% and we had double the amount of chances than they did yet we couldn’t win. This to be highlighted the need for us to buy a goalscorer in the window, as well as a right back too.

The forward situation is a tricky one. Bilic has made it very clear that Jermain Defoe is his number one target. He likes the fact that he is a proven goalscorer and this is proven no matter what the level, club or competition.   He has also came very highly recommended to Bilic by Luca Modric who played with the forward at Spurs and is obviously a friend of Bilic’s through the Croatian national team. Modric has stated that he is one of the best forwards that he has played with because of his movement and Bilic thinks that Defoe would be able to exploit the creativity of Payet and Lanzini that less mobile forwards haven’t done for us. Defoe is in a tricky situation because he is loved up at Sunderland as was seen by his interactions with young hero Bradley Lowery and he also has a relegation release clause in his contract too. It would be in his interests in some ways to stay at the Black Cats but he has made it clear he would like to return to West Ham (a club he still cares about and feels he owes) and be back in London. For the transfer to happen we will have to pay a significant fee for a 34 year old and he would have to ask to leave-which would deny him significant bonuses.

Another key target is Chelsea forward Batshuayi but we find ourselves in another similar position as to Defoe. He really doesn’t look like he is going to get much game time for Chelsea and this has apparently made him frustrated and seeking a loan move to prove himself in the Premier League. We were very keen on the player but he doesn’t want to rock the boat by demanding to leave and Chelsea do not really want to loan him. So we need them to either sign another forward or for Batshuayi to insist he is allowed to move for first team football.

There are other alternatives that we have enquired about as well. Sturridge has been well documented although his injury record is a concern for the club. Shane Long is another that we have admired for a while because of his work rate but with him now starting for Southampton due to their injury problems this transfer is probably a lot harder to conclude now. According to two other ITKS on another site we are interested in former forward Demba Ba too. Demba Ba suffered a horrific leg break in June and wouldn’t be fit until at least March and then we do not know whether he will be able to recover from this injury. Apparently according to them the Chinese club will allow him to come to us and would foot all of the costs involved. When Demba was at the club there was also major concerns around an ongoing knee problem so to me it does seem unlikely that this transfer will happen. The Sullivan’s really rate Demba and have obviously signed him before and they always say he was one of their best signings here however this signing does seem a bit bizarre and personally I cannot see it. I will of course credit the other two or change my stance should I hear otherwise.

Beharino is somebody who we could take a gamble on from WBA. His contract is up in the summer and he will be a lot more affordable than he was two years ago when Spurs launched a number of bids. Whilst the club have question marks over his ability and attitude, a move could be made depending on other transfers falling through or not being great deals. Beharino has the same agent as Reece Oxford who has recently signed a new deal for the club so this could be a persuasive factor in him potentially joining us.

We have some interest in Scott Hogan of Brentford but this isn’t likely to a deal we look at until the summer.  Dembele of Celtic is someone who we have tried to sign on two other occasions.  When he joined Celtic we were looking at him, Fulham turned down an offer from us and took it to a tribunal where they received a lot less than what we had offered.  Braithwaite’s agent is someone we have dealt with regularly before and he was a player we looked at in the summer but Bilic now wants proven domestic players and this can also be said for Bacca.  They may emerge as targets if the domestic ones fail but for now they are back up plans.

We are also in the market for a right back. Arbeloa is expected to leave on a free either by joining a Spanish club or having his contract mutually terminated. It is fair to say that Bilic and the Spanish right back never really repaired their early disagreements. Glen Johnson is the number one target and his contract is also up in the summer. Again, he fits the criteria of having an abundance of Premier League experience and he would also fit well into our system.   Whilst he played for Stoke at the weekend, the club could be prepared to cash in on him before his deal runs out.

Carl Jenkinson is also being made available this window and he is someone that we could consider bringing back for the third time. Again he ticks a lot of boxes and I think he would fit better into the system we play now as well.   There are other right backs who I have mentioned being targets in previous columns such as Iorfa or Flanaghan but these are plan bs.

I have spoken of interest in various Manchester United players in the past and it does appear that it is unlikely that Manchester United will offer any loan deals out of the club. This has meant a number of our potential targets are no longer targets. I doubt that we would move for some of these players on permanent deals at this stage.

We have looked at Sakho from Liverpool and some foreign alternatives as well but the aim to buy domestically.

I mentioned on the radio show that we would like to sign a big name keeper in the summer in the mode of Hart or Begovic. Although both would be hard to pull off we hope that someone of their stature could be persuaded to join. I found this news rather odd because I think Randolph has done very well since he came into the team and Adrian is a very good alternative keeper to have. It is thought that Adrian maybe allowed to leave if a club should come in for him and his contract situation is currently unresolved.

Gordon has joined Newport and Samuelsen has re-joined Peterborough and these will not be the only loan moves completed soon for our development squad. Hendrie will return from Blackburn and be loaned out again I would imagine. Marcus Browne could be moving to Coventry on loan in the next few weeks and players such as: Rice, Pike, Quina and Sam Howes could also make moves.

We go into the Manchester United game with Kouyate and Ayew having been granted special leave from their African Nations call up to play in the game. This will be their last for a while. Feghouli has not been called up for Algeria and whilst that is good news that we have an extra player available it shows how disappointing he has been. Now that he isn’t in this squad it could mean that other clubs are more tempted to approach him. We would be prepared to let him go if the right offer comes in.

Good news is that Byram, Oxford and Collins are all back in training or will be in the next week so that will give us a lot more options. Noble picked up a knee injury in the Leicester City game but whether that will keep him out of tomorrow’s match it has not been confirmed.

Tomorrow we host out third West Ham Way event. I am really excited and hope to meet some more of you then. Alvin Martin is a hero of mine and when I first started going to West Ham I remember him being brilliant and singing “He has got no hair but we don’t care Alvin, Alvin Martin”. Both he and our host Mark Ward were key players in our best ever season. Alvin also lifted the FA Cup in 1980, played for England and played for us well into the Premier League era. We have a number of West Ham celebrity fans in attendance as well as the Hammerettes. For £25 you get all you can drink lager and bitter, coach travel to the game (or you can watch it at the club if you do not have a ticket), a West Ham atmosphere, a quality raffle and the chance to mingle and meet two West Ham legends. The feedback we have received has been great so far and we hope you will come along and try it out for yourself. You only have a few hours left to buy your tickets in advance! They go up by £5 tomorrow. Get your tickets here:  http://bit.ly/TWHWTICKET3

We are aiming to bring daily transfer stories as they break through out the window and I will try to be a little bit more regular with my columns as well, so you will not need to look anywhere else other than the www.thewesthamway.co.uk for your transfer information.  There will be times when there isn’t much to report or much that I haven’t said before (a bit like this column) and there will be some who like to point this out as a criticism of the site, however we will not make up news just to get new hits which some seem to want.  What we report is as we know the situation to be, which I hope the majority appreciate.

I hope you all enjoy your bank holiday which will hopefully be made a lot better by our result against Manchester United.