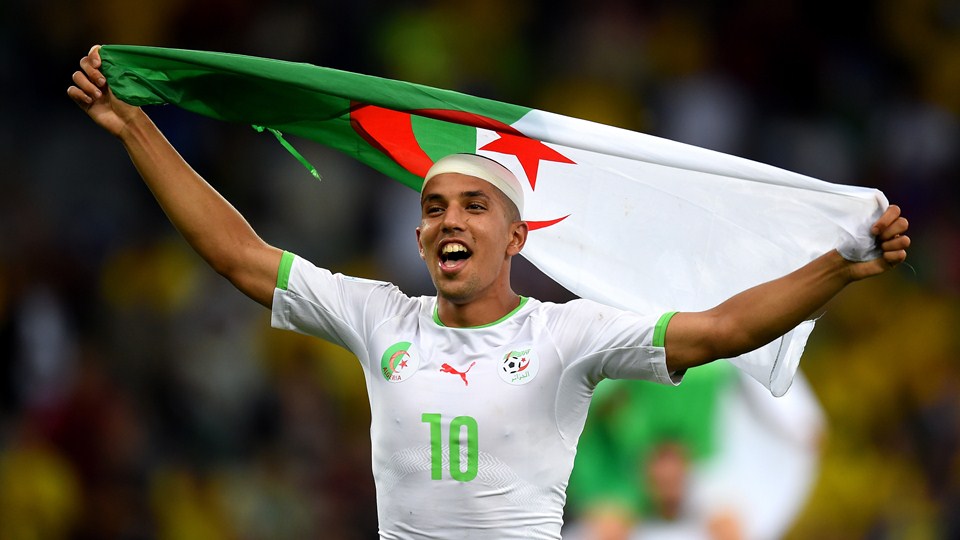 West Ham‘s Sofiane Feghouli is a surprise omission from Algeria’s final 23-man squad for the upcoming Africa Cup of Nations. The winger has struggled for both playing time and form with the Hammers in the Premier League this season with Feghouli featuring in just seven matches, all of which was as a substitute.

The 27-year-old had been expected to be in the final Algeria squad for the AFCON tournament in January but according to BBC Sport manager George Leekens has decided to not take the former Valencia winger to the competition in Gabon.
The 2012 Algerian footballer of the year has made three appearances for his country this calender year but with his playing time limited at West Ham it seems Feghouli will not be required at AFCON. www.squawka.com

A surprise omission I guess as it was anticipated that the hammers would lose this player for the tournament. What are your thoughts? This situation could benefit us though; hopefully we will have a hungry player on our hands eager to perform well for us so that he can win back his place in the national team. Or maybe he will think his best chance of playing is to move away possibly on loan.

What do you make of the current situation? Do you like Feghouli? Does he need more time to find his feet in the Premier league? Would you be happy for him to move away on loan? Personally I think he could be a good player for us. He just needs to train hard and play well when he gets the opportunity so that he can force his way into Slaven’s team.