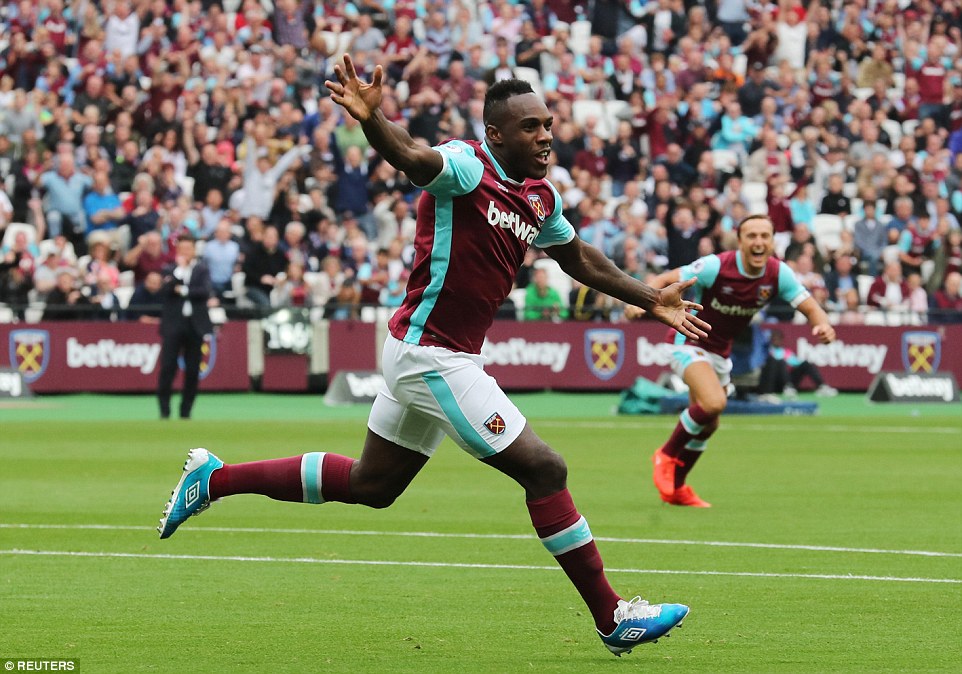 Antonio Conte is on the trail of West Ham powerhouse Michail Antonio. Chelsea’s boss has made the versatile Hammers’ star a surprise inclusion on his wish-list for the January transfer window. Conte witnessed first hand winger Antonio’s talents when he helped run Chelsea ragged the last time they lost a match – in the EFL Cup back in October. Antonio has played as a centre forward, wing back and right back for The Hammers this season as one of the few shining lights in a frustrating season for the club.

Antonio, 26, is West Ham’s top scorer with eight goals this season and after a difficult start to the season under boss Slaven Bilic the pair have warmed to each other more. The Londoner is also extremely popular with the fans.

Conte will find it tough trying to prise the former Nottingham Forest winger out of the London Stadium – he earned his first England call up this season with West Ham and is enjoying life there. But Conte wants to up the energy levels in his team this month and has already admitted Chelsea ‘are trying to do something’ in this transfer window. Conte also already has his eye on next season’s Champions League with his team five points clear at the top of the Premier League and Londoner Antonio’s British heritage would be a boost for the squad where eight of the 25-strong players must be homegrown. www.thesun.co.uk

Please no, don’t be true! I would hate to see Antonio leave. He is such a strong, versatile player (although I prefer him attacking rather than defending) and he always gives 100%.

What do you think? How would you feel about Antonio leaving? What about a swap deal with Batshuayi coming to us? Would you sell if the price was right?