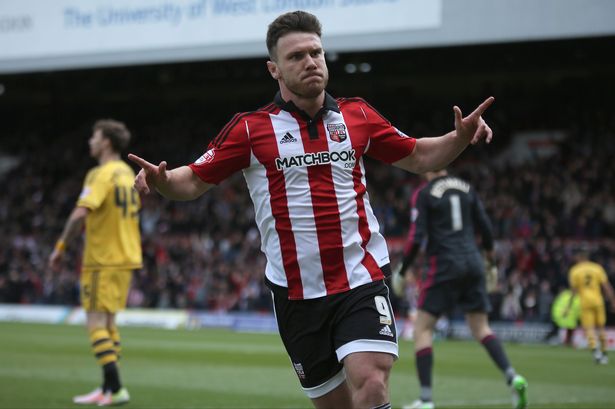 This is a feature which we ran in the Summer Transfer Window.  The article is anonymous and is written by someone who is very in the know in the football world.  I (ExWHUEmployee) have approved and verified his sources and they are top draw.  Whilst this is an opinion piece it is based alongside news that they know and I bring.  I hope that you enjoy it.  Let us know your thoughts.

It’s an interesting time for West Ham, should we go for it in the transfer window? Or should we not? And the question on everyone’s lips is “Will we go for anyone?” We have already been linked with almost every name under the sun, however West Ham Way’s finest Ex, has given us a few front runners like Defoe, Batshuayi, Iorfa, and Smalling. From that list it looks like we are looking for a striker, a Centre back and a right back all three of which I think we don’t have to get and we will stay up and be safe without! They are however the three positions that we do need to improve in the long run.

I think the priority in January is a striker and right back and those are the two positions I think also need strengthening the most! However I, like lots of West Ham fans, personally do not think Defoe is the answer!! Defoe is 34 and has got 11 goals this year, which for someone of that age is very impressive. He has also not missed a match which for me is equally impressive HOWEVER he has got 11 goals this season in the Premier League five of which are penalties, which bring his total to 6 in open play! 6 goals in 20 games in almost a 1 in 4 striker. The reason I don’t count the penalties is we already have a penalty taker in Mark Noble and even Lanzini who has scored 2 penalty so far this season, therefore Defoe wouldn’t get a chance to get them! The next reason I wouldn’t take Defoe is he’s on about £75k – £85k a week at Sunderland and I can only see him coming to us for similar or more, this would be the same with the length of his contract which ends in the summer of 2019! Therefore we could have a player on £85k a week who is 36 and has lost his legs, which I think we would all agree would be a disaster. A player on £85k a week should be making a serious contradiction. My last point on Defoe is he is in a team that is solely relying on him, therefore he gets most of the chance (even though Sunderland don’t create many). Another problem with Sunderland relying on him so much is they won’t want to sell. Therefore they will be asking for top dollar for him along with his massive wages, as if they sell him they are basically throwing in the towel! Moyes has already said the owners have said he has no money to spend in January and you are never going to find a replacement for a proven Premier League goalscorer for £10million. Therefore I can only see them selling him in January for £15million, which I think is far too much for a 34 year old, who has a one in four goal radio this season in open play. As he gets older you can only see this rate going down! I think he’s a great player and was a great player however for £15million and £80k a week I would struggle to buy him! A point that many have forgotten is he also left us when we were in an awful state and for me that would be the end of him at our great club!

Batshuayi on the other hand is someone I would take on a loan deal with an option to buy! The lad is 23 years old and someone we fancied in the summer after he got 17 goals and 9 assists at a very poor Marseille side last year! He’s also a big powerful boy and someone who would fit into our style of play well. With Chelsea only having two strikers at the club I can’t really see them letting him go however I’m sure he is getting increasingly angry with the lack of game time and there may be a deal to be done and I hope there can be! He’s only played a total of 76 minutes for Chelsea this year in the league and if I was him I would be gutted and doing everything I could to get a move away. Surely West Ham would be a perfect fit for both parties!

Other possible more interesting options are Hogan at Brentford. He’s got 13 goals this year at Brentford and we do love a Championship player as the ones that we have bought have all done very well! He also got 7 in 7 last year after his Cruciate Ligament Rupture. His only 24 and for me could show real promise and worth doing if we could get a good deal. Maybe £7million with a million after 20 Premier League starts and a million after so many goals it could a good buy for us! His wages would also be low and he would be seriously hungry. I know a Brentfood fan and he calls him Shane Long that gets goals, as his work rate is top class!!

Another interesting option is we don’t do anything, as we have Carroll, Ayew (not for the next month), Fletcher, Sakho and Antonio. The first 20 minutes of yesterday’s game Antonio played so well as a target man before Feghouli got sent off and the system had to be changed pushing out to the wing. Every game I see him play up front he seems to improve. His pace and power and pure rawness will scare centre backs as he is so unpredictable. The best example of this was at Liverpool, where one of the defenders was subbed off at half time. This would be a bold move as it’s clear to see we lack that top striker like most Premier League clubs. Carroll and Sakho are two people we need to be careful with as both get injured a lot. I’m also not convinced Ayew is a lone striker however I think he is a real quality player and Fletcher probably needs a Championship loan! If we don’t sign anyone for the next month we will only have Carroll and Fletcher as our recognised strikers as Calleri is injured along with Sakho and I can’t see Zaza making it to the end of the window and I’m not convinced he knows where or what a goal is! There’s also other interest in Sturridge and Rashford but both players I cant see being loaned out by their clubs and also I don’t think we need anymore injury prone players such as Sturridge.

Our final and possibly most interesting option is if we go for it and spend next year’s summer money on someone. I can’t really see this happening however if we sign a goal scorer now it wouldn’t be the end of the world!! And would save us a job in the summer. The names I would suggest are ones like Origi, Giroud or Modeste. Three fantastic players. Giroud is a goalscorer and always has been. He consistently got above 15 goals at Arsenal and in the summer will be on his last year of his contract and with almost being second choice at Arsenal he may feel it’s the right time to move!

Origi is also second or third choice at Liverpool and at only 21 could be our striker for years and years! For me he is an unbelievable player; he’s an all-round athlete and someone who could be perfect for us, he’s also like Sakho but better. He’s very intelligent with the ball with great link up play. I can’t speak more highly of the boy and someone I would go all out to go and buy! He’s a superstar in the making. However with these first two, the summer may be a better time to buy as the big English teams do prefer to wait to the summer to sell! However with Modeste I can see Koln cashing in now, the German clubs, apart from the top ones are normally run like a business and sell their players if they get decent money. His whole time in Germany he has been a goal in two games striker and he is a big powerful man. In Germany they play a very similar style to us in England and most players do come over and adapt very fast. He scores all types of goals and there’s no doubt he knows where the goals is. I have a German friend and also watch a fare bit of German football and we both love him.

The other position we are looking at is a Right back. The name Iorfa has come up a lot. I’ve heard he has had a poor year at Wolves however he is English and played very well against us in the FA cup tie last year! The young boy has got talent, no doubt, however for me this is all about price!

Another player I hear about a lot is a return for Jenko on loan. For me this would be a bad move he was shocking for us last season and really low on confidence and has been really dropped completely from the Arsenal set up. He was so good for us in his first season but sadly for me I question his mentality. As when the West Ham fans last year got on his back he crumbled and he has done the same at Arsenal this year.

The only real option for me that just stands out is Tripper at Spurs, he must want more first team football and is never going to get ahead of walker at Spurs! However Spurs are awful to deal with and will want a large sum to let him go! I would like this position sorted as Nordtveit hasn’t got the pace to play at rb and Bryam for me still looks a bit raw however he would be a fantastic back up!! If we could get him for anything less than £8 million this would be something I would get on and do.

People are also crying out for a Centre back however it now looks like we are going back to four at the back (thank god)! Therefore we only need two each game so I believe we have enough cover until the end of the season. As Reid, Ogbonna, Collins, Oxford, Kouyate and Nordtviet can all play there! Oxford has signed a new deal and at some point has to show us what he’s got!! He is now on decent money and has to start to earn it for me! Bilic has to trust him.

Anyway I hope you enjoy my views on what we should do this transfer window. I will do one maybe later on this week about the out goings I would do if I owned the club! Let me know in the comments if you liked it or tell Ex! Also make sure you go to the West Ham way’s Pre Match Event.