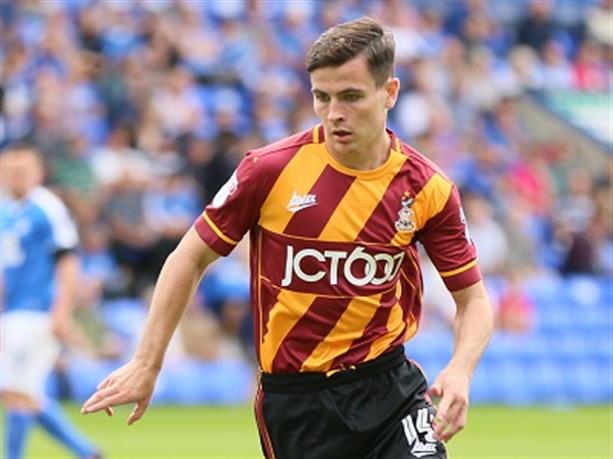 West Ham United youngster Josh Cullen has extended his loan at Sky Bet League One side Bradford City until the end of the season.

The Academy prospect has been with the Bantams since August, adding 23 appearances to the first spell he had on loan with the Yorkshire club last season.

Cullen, 20, has made great strides during his time with Bradford, helping Stuart McCall’s men reach the League One Play-Offs last term before playing a central role in their promotion effort in 2016/17.

The Ireland U21 international has already made four first team appearances for the Hammers, despite his tender years, and notched his first senior goal earlier this campaign – helping Bradford to a 2-1 win over Milton Keynes Dons. www.whufc.com

Another young player loaned out by us. He seems a favourite at Bradford; he even has his own terrace chant along the lines of ‘We’ve got Payet!’. He is getting a lot of playing time there but is it at the right level? Should he not be at a Championship club experiencing football at a higher level? What do you think is more important; more game time at a lower level or less game time at a higher level? Do you think Josh Cullen has what it takes to make it at West ham?