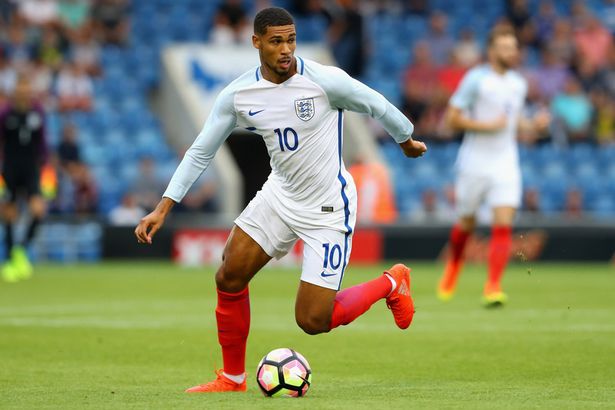 According to The evening standard, Chelsea are now prepared to allow midfielder Ruben Loftus-Cheek to go out on loan in order for him to obtain more game time and match experience. West Ham have previously been linked with the player and it will be interesting to see if they will now make an official move to bring him into our squad.

The 20 year old England U-21 international has found first team chances at Chelsea hard to come by this season, playing only once in the league and twice in the EFL cup; although he did make 17 appearances overall last season scoring 2 goals in the process. He has been used throughout his career predominently as a centre midfielder or defensive midfielder, but Antonio Conte has stated that he can see the potential of a striker in him.

I’m sure that Chelsea would prefer to arrange a loan deal that would give the player football at a certain level and also give him a decent amount of playing time. Whether West Ham can offer a sufficient amount of playing time is a another matter. Loftus-Cheek would have to fight for a place at West Ham with Noble, Obiang, Kouyate, Nordveit, Fernandez and Oxford. But with Kouyate going to ACON, Noble not being on top form, Nordveit being used in other positions and not fully convincing yet (although slowly improving), Fernandez preferring an attacking role and Oxford still to break into the first team and more than likely at CB, there could be a place for Loftus-Cheek should he perform well in training and impress if given a chance.

The player signed a 5 year contract with Chelsea in February of 2016, so you have to assume that any deal other than a short loan is unlikely or is likely to prove very expensive if loan to buy deal could be arranged.

What are your thoughts on our midfield? Do we have room for Loftus-Cheek? Would you prefer that we go for a striker and right back first before looking at our midfield? Do you like loan deals with no chance of buying at the end? I would be interested to hear your views.