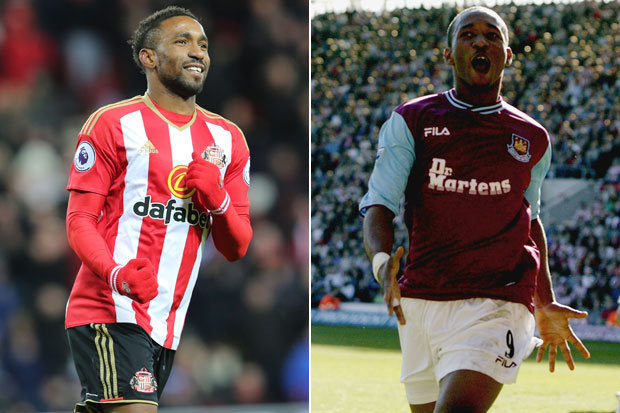 West Ham should do whatever it takes to sign Jermain Defoe in January, Bobby Zamora tells talkSPORT.

Bobby Zamora has urged West Ham to do whatever it takes to bring Jermain Defoe back to the club in the January transfer window. Former Hammers striker Defoe has been linked with a sensational return to the London club, 13 years after he left for Tottenham following a bitter fall-out.

At the age of 34, the ex-England frontman has rediscovered his best form for the Black Cats and was the Premier League’s fourth best goalscorer in 2016 with his 20 goals beaten only by Diego Costa, Harry Kane and Sergio Aguero. Desperate to bolster their struggling front line, West Ham saw an £8million bid rejected by Sunderland this week, and are thought to be planning another offer. Latest rumours suggest they could go up to the £15m mark, but Zamora has told his former club to go all out to land the in-form star.

“Jermain Defoe is a top, top talent and West Ham need him,” he told the Alan Brazil Sports Breakfast. “I would say to West Ham to try to push a bit more to get him. I want to see West Ham do well and I think Jermain’s the man who can score them goals. “But Sunderland have got to try and keep hold of him too. “Jermain is a top out-and-out striker – I would want him in my side because you know if he only gets half a chance, you know he’s going to take it. “He hasn’t hit 20 goals in the Premier League for a while but in a top side, if he plays every game, I think he’d do that easily.” http://talksport.com

West Ham have reportedly had an opening £6million bid for their former player turned down by Sunderland, who insist he is not for sale. Defoe joined the Hammers as a 16-year-old in 1999 and was a big hit with fans until he handed in a transfer request in 2003 -just 24 hours after the club’s relegation from the Premier League. West Ham initially rejected the former England international’s request but sold him to London rivals Tottenham the following January.

Defoe took his goal tally for the season to 11 with two penalties in Monday’s 2-2 Premier League draw with Liverpool and appears vital to the Black Cats’ survival hopes. The 34-year-old was booed when West Ham met Sunderland at the London Stadium in October, but Cottee is confident the Hammers fans would quickly take to the striker again.

Cottee, who played nearly 300 games for West Ham in two spells, said of Defoe’s potential return: “Once he’s scored his first goal for the club we’ll be singing his name. “It’s important West Ham get a goalscorer in now because we want to move up.” On Defoe’s initial departure from Upton Park, former England striker Cottee added: “I think he was poorly advised, I do believe that. www.express.co.uk

Jenas: Defoe would rather be at West Ham than Sunderland

Jermaine Jenas says former team-mate Jermain Defoe would ‘undo all of the good work’ he’s done at Sunderland if he were to leave the club in the current transfer window, but admits the striker would ‘probably rather be back in London’.

Defoe has been linked with a move away from Wearside this month, and his club rejected a £6m offer from his former side West Ham. The pair played together for Tottenham Hotspur and England, and Jenas thinks the Irons are a more attractive proposition for the player. “You look at who’s progressing more as a club, you’d say West Ham. I’m pretty sure he’d rather probably be back in London and being a part of what West Ham are trying to do”, he said. www.bbc.co.uk