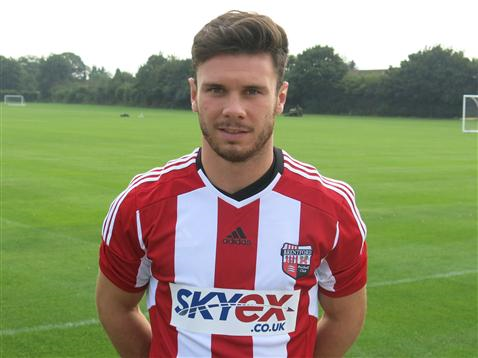 This is written by 6_aaronlee

A little bit about me to start off with, I’ve been a season ticket holder for 17 years. I sat in the east stand upper at the Boleyn ground and now I sit in the east stand lower block 139 at the London Stadium. I was born and raised a stones throw away from the ground under the shadows of the magical lights of the Boleyn that we all loved so much. My Grandad took me to my first ever West Ham game when I was 18 months old and from that point on, I fell in love with our special club. My great Grandad had a hand in setting up the West Ham supporters club so West Ham has always been a big part of my family like I’m sure it has with many others…anyway enough about me and on to more important things.

The January transfer has officially opened which means we will be linked with anyone with two legs who can kick a football. I think the key areas for us that need addressing as I’m sure you all know are right back and a striker. I would also like to see us bring in a ball playing midfielder who can spread the play quickly from deep to our wide players and full backs. The problem in January is not many clubs will want to sell their in-form players and the fee will be inflated massively as the window is so short and clubs will be looking to replace players who could potentially leave.

In terms of right backs, I see we have been linked with the returns of Glenn Johnson and Carl Jenkinson.I thought Jenkinson was great in his first season with the club, but unfortunately things didn’t work out so well on his return. A loss of confidence and a serious injury seems to have stopped him from building on his first season at West Ham. Glenn Johnson would be the cheaper option in terms of transfer fee’s due to his contract expiring at the end of the season although Stoke do have the option for a further year should they wish to activate it. If we did manage to bring back Johnson, I think his return could be a benefit to Sam Byram who I still think could become a great player for us in the future. Another player is Kieran Trippier who would be my first choice but it would not be easy to get him from Spurs because let’s be honest we all know how difficult they can be to do business with.

Now on to the position that West Ham fans have been calling out for to be addressed the most: a striker. We have been linked with Scott Hogan of Brentford who I have seen quite a few times. I like Hogan he works hard, pesters defenders and he has a very good goal scoring record at Brentford. Britt Assombalonga of Nottingham Forest is another player we have been linked with in the past, he returned the back end of last season from a serious injury but I think he could make the step up to the Premier League. He also worked well with our current top scorer Michail Antonio in their time together at Forest. I think Assombalonga is in a similar stature to Marlon Harewood who was the last striker to score over 12 goals for us in the Premier League. We also have an interest in bringing Daniel Sturridge and Michy Batshuayi in on loan. Personally I’d be pleased with either of these if we could manage to get a deal done. There are questions about Sturridge being able to stay fit but no one can take away from him that he has goals in him and could be great for us. There is also one more player linked with us that’s Jermain Defoe I’m not sure how many of you remember Defoe as he departed the club quietly without much fuss (that was a joke by the way

). You know you will get goals with Defoe. It is a transfer that has split the supporters also at the age of 34 he hasn’t got many years ahead of him and Sunderland would be hoping for a big fee for a player who is their biggest chance of survival. No doubt he would be on a high wage at Sunderland and would command a similar wage to return. Personally I’m on the fence with this transfer taking in to account all these factors but we need a goal scorer and that is something which Defoe has specialised in through out his career.

Fingers crossed we have a happy transfer window and we can bring in the quality we have lacked at times this season and we are able to kick on in the second half of the season.

Happy new year to all

Come On You Irons