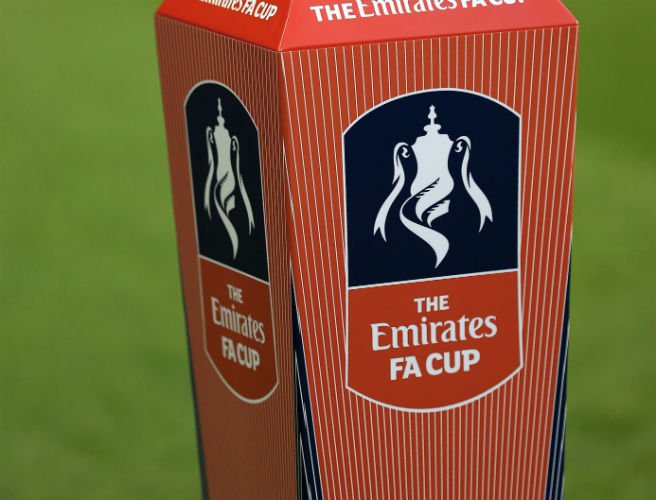 No tetchiness from Pep Guardiola last night, and why would there have been? He won’t have had too many evenings as easy as this since arriving at Manchester City. Red cards and rough-housing his goalkeeper may have made Guardiola grumpy of late, but few of English football’s traditions are as easy as an FA Cup tie against West Ham right now.

This was their first match in the competition in their new stadium, but any hope of feeling at home was extinguished before half-time, West Ham 3-0 down, Manchester City coasting. In a 17 minute period between the 32nd and 49th minute, City scored four goals against a laughably limp West Ham back line.

The club are in desperate search for a striker, but the defensive frailty this season is every bit as worrying. As for City, their backs were barely troubled, Andy Carroll short on service and ideas against a team that has been notoriously weak in the air this season. Manchester City even beat them in that department, John Stones scoring with a header from Nolito’s corner in the 83rd minute, despite the ball travelling at West Ham’s man on the line, Mark Noble. The goal decision system showed Noble only made contact with the ball after it had crossed, which pretty much summed up West Ham’s night and their effectiveness against City’s lively forwards.

So history was made at the London Stadium, although not of the kind West Ham wanted, this being their biggest home defeat since leaving Upton Park. Indeed it could have been worse had one of West Ham’s defenders not decided City would not pass in the opening stages of the game.

The match was as good as done by half-time for the simple reason that West Ham cannot clone Winston Reid and play four of him across the back. Reid was exceptional in the face of Manchester City’s forwards for the first half hour, but the incompetence around him was overwhelming. Clueless penalties conceded, own goals scored, passes astray in fatal positions. Reid kept City at bay heroically, and then his team-mates waved them through, to score three goals in 11 minutes. Anyone who thinks the stadium is the problem for West Ham is fooling. There was no problem with the atmosphere – even for a terrestrial televised game, in the rain, on Friday night – until West Ham’s players handed City the tie. The place went quiet because the team no longer merited enthusiasm. They got the noise they deserved.

Until that point, the London Stadium had witnessed a masterclass in fearless defending from Reid. The game was eight minutes old when Kevin De Bruyne found David Silva with a raking pass and he cut the ball back for Pablo Zabaleta, arriving late. The shot was low, and or target, but Reid threw his body in the way of it, like an FBI man taking a bullet for the president. It wasn’t the last time repelling City required desperate measures.

Gael Clichy played Silva in after 13 minutes, and goalkeeper Adrian did well to save with his feet. John Stones should have done more with a header from a corner, before Reid was called into service again. Silva hit West Ham on the break, slipping the ball to Raheem Sterling who was denied by another great Reid tackle. From the corner, Sergio Aguero, kept surprisingly quiet, hit a shot on the turn from the edge of the area that travelled just wide.

And then the roof fell in. It was a penalty, but it wasn’t a foul. Or even a tackle. It’s hard to say what it was really. Somehow, Angelo Ogbonna contrived to bring down Zabaleta without making anything that could be considered a challenge. It was just…blah. Sloppy, clumsy, and little package of nothing that sent City’s captain to the floor. He was arriving at pace, as always, and Ogbonna was trying to shepherd him away from goal. Without trying to win the ball, however, he managed to time his interception so poorly that Zabaleta tripped over his legs. It was a penalty, and referee Michael Oliver pointed to the spot, but Ogbonna’s intentions were so lame that some were confused. In the television studio, Frank Lampard said Zabaleta played for it. But played for what exactly. Sir Trevor Brooking said it was soft, too. But then he would, wouldn’t he?

At both ends, sadly, because they had a magnificent chance to equalise before Manchester City ran away with the game. It came three minutes after City’s opener. Michail Antonio broke down the left and forced a low parry from Willy Cabellero. The ball flew out to Sofiane Feghouli who was faced with an open goal, but managed only to shoot across it, the ball flying well wide. Feghouli was sent-off unjustly against Manchester United last Monday, West Ham going to the trouble of getting his red card rescinded. Why bother?

Back up the other end, where West Ham had time to get a quick capitulation in before half-time. Bacary Sagna took the ball down the right where resistance was minimal, striking a deep cross for Sterling in a dangerous position. It didn’t get there, but only because Havard Nordtveit took the matter out of his hands by kicking the ball into his own net first. It was a clean finish, on the volley Adrian no chance, but following on from a lamentable afternoon against Manchester United, served only to illustrate that right-back is merely another position the Norwegian is struggling to play. The full list is quite extensive now.

The ease with which Manchester City breezed through West Ham’s ranks for the third was simply embarrassing. By the time Sterling played the final pass to Silva, he was in enough space to accommodate the extra 6,000 West Ham would like to add to the capacity here. Unmarked, untroubled, he coolly slipped the ball past Adrian as if indulging in a training ground exercise; which, by this time, it pretty much was.

If the last hope of the locals was that West Ham would use half-time to at least regroup and emerge with some dignity, it was lost four minutes into the second-half. Aguero had already had one shot saved by Adrian when a corner was cleared and recycled, Sterling finding Toure who struck a low shot from the left. Cue Aguero, sharpest to react – applying the neatest little flick from close range to add his name to a troublingly long scoresheet. City hardly celebrated, so comfortable was the win.

In the 57th minute, four goals down and in the FA Cup more by semantics, Slaven Bilic decided to introduce Dimitri Payet, left out of the starting line-up after a tired display against Manchester United. Quite why, only he will know. To cup tie him, making a transfer less attractive to other Premier League clubs? It can be the only explanation. West Ham’s horse had by then well and truly bolted – along with all hope of making the beginnings of FA Cup history in their new home.