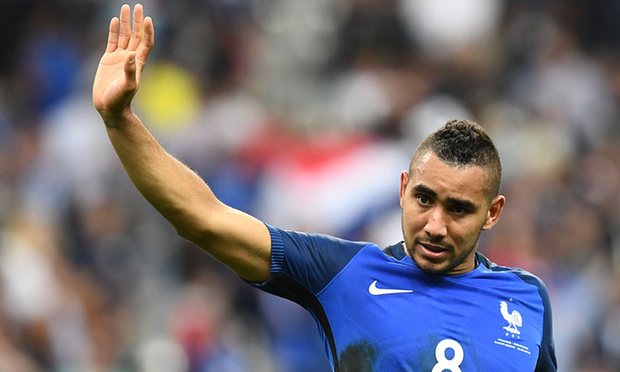 We had Payet – And even he didn’t understand Quick disclaimer: This is going to be a (relatively) serious article. If you clicked on this looking for a joke about the currency of Eastern European countries or how well-endowed Diafra Sakho is, you will be disappointed. If you want to read about my thoughts surrounding the whole Payet saga, read on at your own pleasure. At 11pm last night (11.01.17), I contacted Ex asking if I could write an article about Payet as he was a trending topic among West Ham fans. He said yes, so I thought “Ah cool. Will do the article tomorrow. Gonna go to bed now.” The article was going to be a glowing report on Payet. I was going to say how he is the best player to don the claret and blue shirt for decades, better than Di Canio and Tevez in my opinion. How he is the only player who can be considered world class at West Ham. How even if he leaves, I will still love him.

And then the Slaven Bilic interview happened. First of all, well done to Slaven for calling out our best player. It takes some balls to do that. As for Payet, to paraphrase Groundskeeper Willie, what an arrogant, selfish, cheese-eating-surrender-monkey he is. When he signed for West Ham, he was an under appreciated talent who, despite being in the Ligue 1 Team Of The Year twice in three years, was relatively unheard of. At 28 and with only a handful of French caps to his name, it seemed his career was going to fade as one of the “what could have been” players. This is shown by how West Ham fended off little competition to sign him for a mere £10million. West Ham are the team who gave him the stage to become the man he is today. West Ham are the ones who gave him a contract that would make Shanghai say “wow calm down lads”. West Ham are the ones who created a catchy yet annoying chant for him. West Ham were the team who made him feel loved.

I seem to remember in around October 2015 when Payet was becoming a cult hero, Didier Deschamps didn’t pick him for the France squad. Slaven Bilic, a man who is hated in France for what he did to Laurent Blanc, pestered Deschamps to give him a chance, publicly and privately. Deschamps caved in and the rest is history. How does he repay Slaven? Saying that he won’t play for him ever again.

What an ungrateful %$£. But here is the issue; I wholeheartedly understand why he wants to leave. He is too good for us and he knows it. When he signed the contract in February, he was promised a world class stadium and a world class team built around him. He was given a tacky athletics stadium and Simone Zaza. He has created the most chances in the league this season but has no one to convert them. This is why in recent games, you can tell that he has lost interest. However he could have at least tried to care and put in a performance for the fans who adore(d) him so much.

What next for Dimi? This is where I go back to the point of the article I was originally going to write. Whether he goes this month or in the summer, what will his legacy be? Will he be Jesus or Judas? Tevez or Lampard? People who are quiet when the plane lands or people who clap when the plane lands? Personally I am torn. I am going through every stage of grief right now. I feel as if I want to set fire to his Lamborghini whilst singing that earworm Billy Ray Cyrus chant. I want to punch him yet make sweet sweet love to him.

But this is the way I think about it; Dimitri Payet is the best player I have seen play for West Ham. Granted he may not be remembered in the same way as Di Canio because of what he’s done. But he is world class, a word which I have never uttered sincerely at a West Ham player in my lifetime. Only 4 West Ham players have been nominated for a Ballon D’Or: Moore, Hurst, Peters, Payet. This should not be forgotten. When I saw the news that he said he wanted to leave, my heart sunk but I was not surprised. Not because of his half-arsed performances, but because he was a big fish in a tiny, popcorn-munching, soulless bowl. He was way too good for us and he knew it. But despite everything that has happened over the last few months, it was an honour to witness Dimitri Payet in a West Ham shirt.