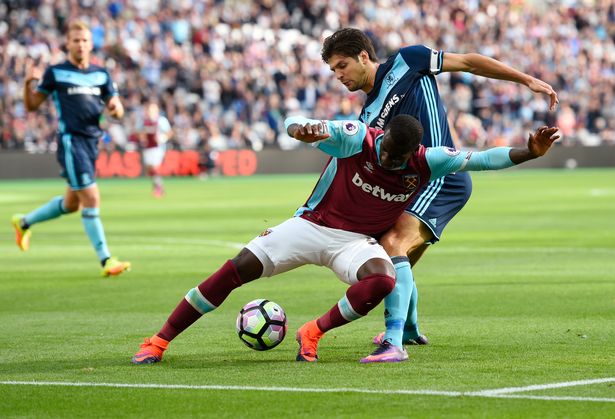 This betting preview was written by Martin Backhouse (@MartinBackhouse)

What a win and what an atmosphere last weekend. A lot of the bets discussed in the Palace article came in! Well done if you got on any of those. It’s Boro away on Saturday and, potentially, another three points… I feel confident heading into this one, however we must be wary of their attacking threat.

Middlesbrough have never failed to score in any of their 11 Premier League home games against us. In fact, Middlesbrough are the only side we’ve visited at least 10 times without keeping a clean sheet in the Premier League, so both teams to score looks the bet of the weekend at 10/11 with Betway.

If you fancy us to grab all three points, over 2.5 goals at 5/4 might be worth a few quid, or even the generous 11/2 on offer for us to win and both teams to score. It’s worth noting, however, that Boro haven’t scored more than once in a league meeting with us since 2006, netting just six goals in their last nine against us, so if you’re looking for value, we’re available with our sponsors at 10/1 to win 2-1 and 22/1 to win 3-1.

Michail Antonio has been directly involved in more Premier League goals than any other West Ham player this season – 11 (8 goals, 3 assists). He’s 13/2 to open the scoring, 11/4 any time.

Andy Carroll will hope to start in attack after suffering, wait for it, whiplash last weekend. You can enjoy a price of 11/2 for him to score the opener, 7/4 any time.

Sofiane Feghouli scored his first league goal for us last time out against Palace. He’s available with Betway at 11/1 to score first, 9/2 any time.

Middlesbrough have failed to score in nine Premier League games this season, a joint-league high with Hull, and they are also the only Premier League team that has neither scored nor conceded in 2017. 0-0 is available at 7/1 if you think it’ll be a dull encounter.

Boro are winless in their last eight league meetings with us (D3 L5), including two games in the Championship in 2011-12, and we’ve won four of their last six Premier League games.

Don’t get me wrong, it’ll be tough, but I sense another win on Saturday. I’m going for us to win it 2-1 or 3-1, with Andy Carroll continuing where he left off last weekend. If you want to join me, Carroll 2-1 and Carroll 3-1 in the Scorecast market are 33/1 and 66/1 respectively.

Good luck with your bets. COYI