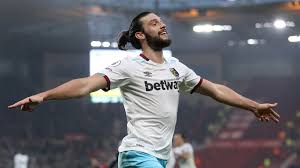 Happy Monday Hammers! Here is the news going around this lunchtime:

Marseille are set to increase their offer for Dimitri Payet this week. (Standard)

Increase the bid to what we want so we can just get rid of him now. We all want him gone as quickly as possible.

Roma are desperate to sign Sofiane Feghouli, but it is dependant on the situation with Dimitri Payet. (Daily Star)

I hope we do not sell Feghouli. He has proven to be valuable to the team in recent performances. He could become a key, key player.

West Ham are hoping to complete the double signing of Robert Snodgrass and Scott Hogan before the end of the transfer window. (Standard)

Let’s hope we get these done now. Would be two brilliant additions to the team in my opinion. A winger who has a brilliant shot and also has a great delivery too, along with a man who has scored goals for fun in the Championship. Brilliant business if we get them both.

The boys have shown real character ever since this whole Payet thing started, and I am so proud of them. Hopefully we can keep building as a team and push further up the league table.

Carroll also says that he hopes his recent form can get him back into the England frame. (Telegraph)

He deserves it more than some other obvious names, but we all know what England are like. Its always the same players and there is never a chance for any new blood.

David Sullivan says he will be working around the clock in order to bring new signings to the club. (Standard)

Keep working David, bring the signings in and the fans will be happy.