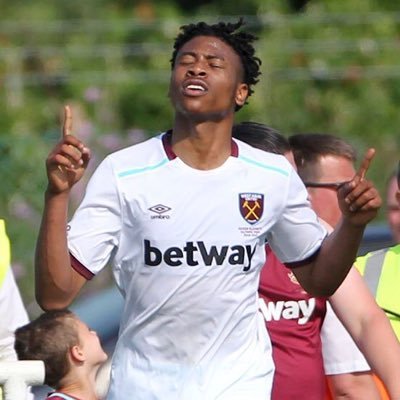 It has been a while since my last U18 update and I am delighted to say that their fine form has continued, with Steve Potts and Mark Phillips doing an excellent job with the youngsters. West Ham are having a brilliant season, unbeaten since 3 December and currently sitting in third place, just one point behind second place Reading.

On Saturday the U18’s made the long trip to Wales, taking on Swansea.   The team were awarded with another 3 points, with a convincing 1-3 win. This result was particularly impressive, as West Ham were without a few key players, including top goal-scorer Jahmal Hector-Ingram, who was injured and six of their first-team players were playing for the U23 team the night before. This not only shows the strength of the U18 team, to win with a depleted squad, but also what a bright future our youth team have.

West Ham’s exciting winger Joe Powell was involved from early on, with his long-range effort going just over the bar. A little while later Powell was involved again, getting himself an assist and setting up Lewis to take the lead. Swansea equalised just a few minutes later, with West Ham feeling a little disappointed the be drawing at the break. However, the team showed their character and started the second half in the exact manner Potts and Phillips would have wanted. Just five minutes in, it was Lewis’ turn to assist, with a nice pass to Henry, who calmly slotted it home to retake the lead. Henry then sealed the win with another goal, this time from the spot.

Norwich are up next up for our youngsters and you can go along and support them at Little Heath Sports Centre, on 4 February, 12.00pm. I have no doubt that it will be another great match and it is a great opportunity to go and watch some of the West Ham stars of the future.

I hope to provide more updates on our exciting U18 team, so make sure you keep an eye out. COYI!