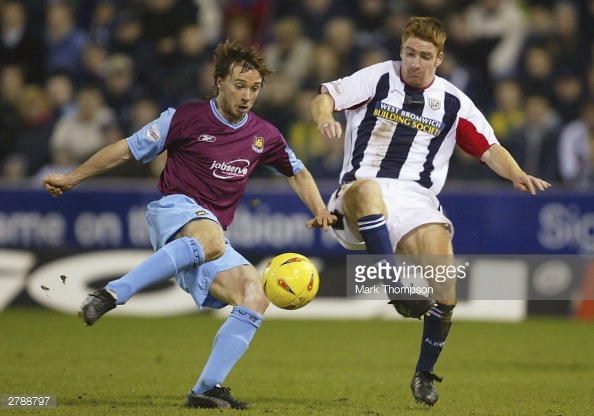 West Brom enter this game in 8th position, a magnificent achievement considering they have only taken 7 points from a possible 36 away from home.

A fine win last weekend against Stoke will see the Baggies in bullish mood, although they are stretched in terms of squad depth and quality.Tony Pulis, the West Brom manager, has been vocal in his concern over the need for signings.

The sale of Saido Berahino saw Jake Livermore arrive, in a one in one out move, but he has not increased his squad size and it is goalscorers he needs, not midfielders.At the moment they are too reliant on James Morrison, who seems in the form of his life, and their lack of possession away from home, typically around the 30-40% mark, is one possible reason for their tendency to concede late goals as the players tire from chasing the ball.

Solomon Rondon is their top scorer but hasn’t been on the scoresheet since netting a hat-trick against Swansea in mid December and despite his quality, I feel Pulis may freshen things up and bring Hal Robson Kanu in to spearhead the attack.They did beat Southampton away on New Years Eve, and in Nacer Chadli and Matt Phillips have two terrific footballers who will have to be well shackled and this West Brom side has enough quality that they could cause West Ham problems.

Saying that, I feel their back four is an area to target, particularly the right hand side, and if Andy Carroll is fit, I would hope he will cause similar damage to the Baggies as he did to the Saints.

Allan Nyom recently declared he was happy to have missed the Cameroon national team’s African Cup of Nations victory, and I feel they may have been pleased too.  He is one of the Baggies weakest links; he is slow to close the ball down, he cannot change direction when defending, due to the nature of how he defends with his arms behind his back and he rarely blocks any balls into the box.

Against Stoke, the Potters had a field day down the Baggies right flank as Nyom and Matt Phillips struggled to stem the tide of attacks, and only desperate defending inside the box prevented a goal against.

For West Ham, I would expect them to throw the ball continuously down the weaker West Brom side, away from the likes of Chris Brunt and Nacer Chadli on the left, and then its up to Carroll et al to get on the end of the ball in the box.

The West Brom full back Nyom has his hands behind his back, despite being outside the penalty area and he allows another cross to enter the box.

In a near identical situation, Nyom is once more outside the penalty area and yet again has his hands behind his back, no surprise this cross also ended up in the Baggies box as he is too far off to block but a clever pass inside was also on.

To prevent the likes of Robson-Kanu and Rondon scoring, you have to cut the supply, and despite playing as a left back since Nacer Chadli’s arrival, Chris Brunt has the quality to hurt teams if he is given time and space.

The Northern Irishman scored a cracker against Sunderland, picking up a second ball that fell outside the box, and he has been in fine form since his return from a serious knee injury which saw him miss EURO 2016.

In the Baggies formation, the main attacking threats come from the midfield getting up to support the lone front man, such as James Morrison breaking forward, or from getting the ball wide and delivering into the box for the likes of Rondon. 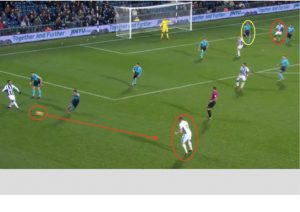 With Brunt now playing deeper in a full back role, he is often supporting behind the ball and as teams double up on Chadli to negate his threat, the West Brom winger is clever enough to recycle the ball back to Brunt.

With Brunt’s delivery, the West Ham defence cannot afford to be as deep as Swansea City are here.