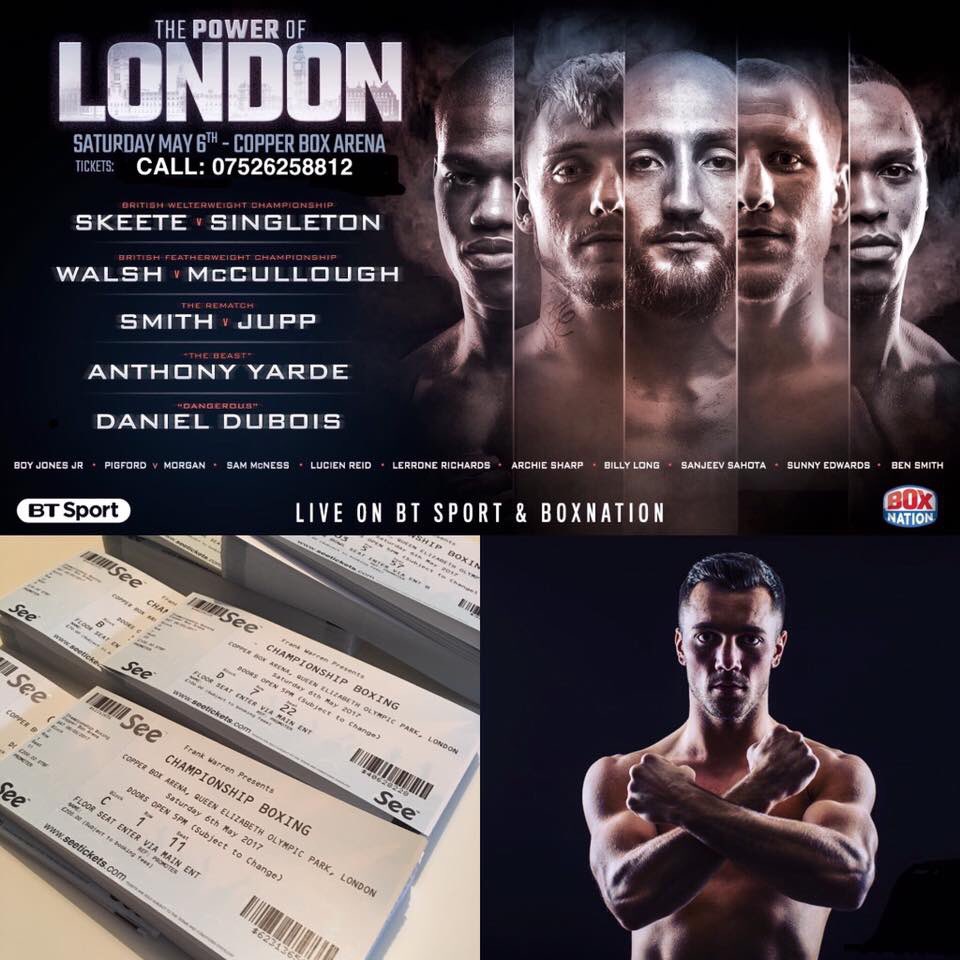 Sammy McNess is an undefeated Super Welterweight boxer with a great career ahead of him.   Born in Whitechapel in the heart of East London, Sammy has been boxing since the age of 9.  He has racked up around 70 wins as an amateur and 6 as professional with his aggressive and orthodox style.

Sammy is a huge West Ham fan and has a season ticket at the Olympic stadium.  We were lucky enough to have “The Hammer” on our radio show and here he shared his boxing experiences and his love for the Claret and Blue.  Have a listen:

The event at the Copper Box arena on May 6th will be a blockbuster event with many top fighters on the bill including Mitchel Smith, who is another big West Ham fan and he is fighting George Jupp in a rematch with Smith looking for revenge for his defeat last year.

Sammy is a massive West Ham fan and this will be a proper occasion for any West Ham fan to go to.  The atmosphere should be electric and Sammy is currently choosing which West Ham related song he will enter the ring to.  He will be decked out in the claret and blue with the crossed Hammers on his shorts and we are delighted to say that the West Ham Way badge will also be there.  Sammy is a big fan of our events, we have built up a great friendship with him and we will be cheering him on from ringside, like all of you should do too.

As mentioned, Sammy will be at our events and you will be able to pick up tickets from him in person.   You can also arrange to buy tickets from Sammy himself by calling 07526258812 and picking them up directly from him.

We at The West Ham Way believe this is the start of something big for the young fighter and that all West Ham fans should get behind one of our own!