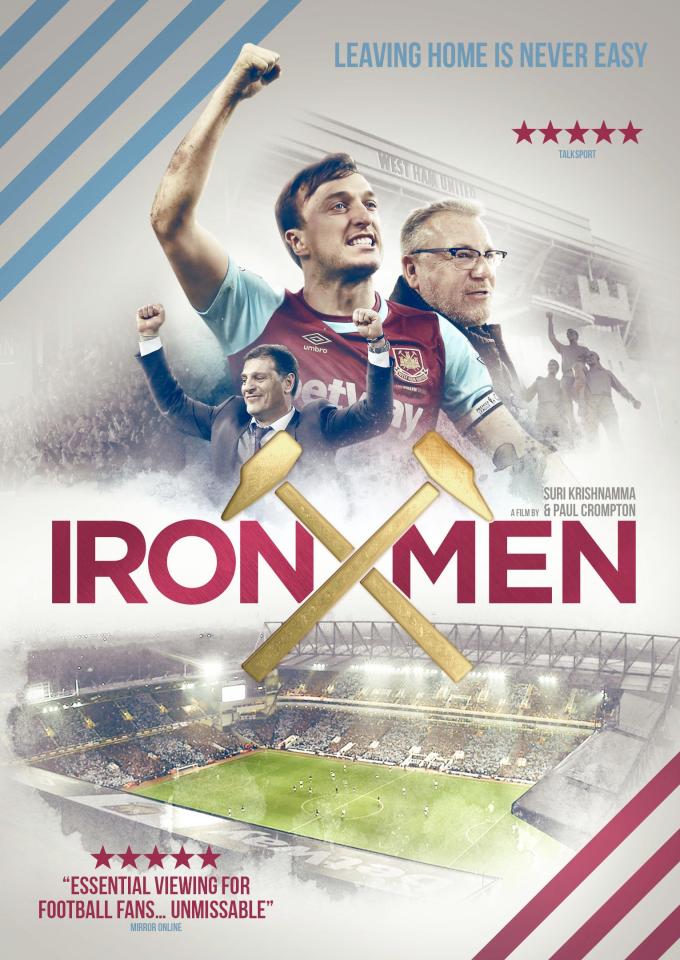 Yesterday lucky fans and players got to witness the premier of the new film Iron Men.  The film could not have been received any better with every fan commenting on how special it was.

This new documentary, courtesy of Signature Entertainment, goes behind the scenes as the club makes the transition to a new ground and a momentous new era.  You hear from club captain and local boy Mark Noble, the manager Slaven Bilic, plus the owners David Gold, David Sullivan and Karren Brady.

Iron Men also documents stories from the terraces from the fans who have stuck by the club through thick and thin and cemented a community together for more than a century before they were uprooted and moved away.

Hollywood star Ray Winstone stars alongside 100-year-old Mabel Arnold. Mabel watched her club at Upton Park during the Second World War and was with the club at the historic ground’s last match. As the tears flowed, her team beat Manchester United 3-2 to mark an emotional farewell to a beloved ground.  We also hear from West Ham Way friend and partner the Ribman who talks about his feelings on the move too.

Fans at the launch yesterday said things like “It is a must watch, it is emotional but it has to be seen”.  “I was at the last game, all the emotions came back”.  “You have to see this”.  “Buy the DVD, if you are a West Ham fan this has to be part of your collection”  “It is our family, it is our memories”

The film has won widespread praise from critics, with The Independent’s Jacob Stolworthy calling IRON MEN ‘An unparalleled love letter for fans’, and talkSPORT regaling ‘If you ever wanted to convince someone why football matters, show them this film’.
You can secure your copy for just £10 by clicking here, while the film will also be available as a digital download in 43 countries worldwide from iTunes, Google Play and on Xbox.
If you call yourself a West Ham fan, you wont want to miss this.
Must see
share