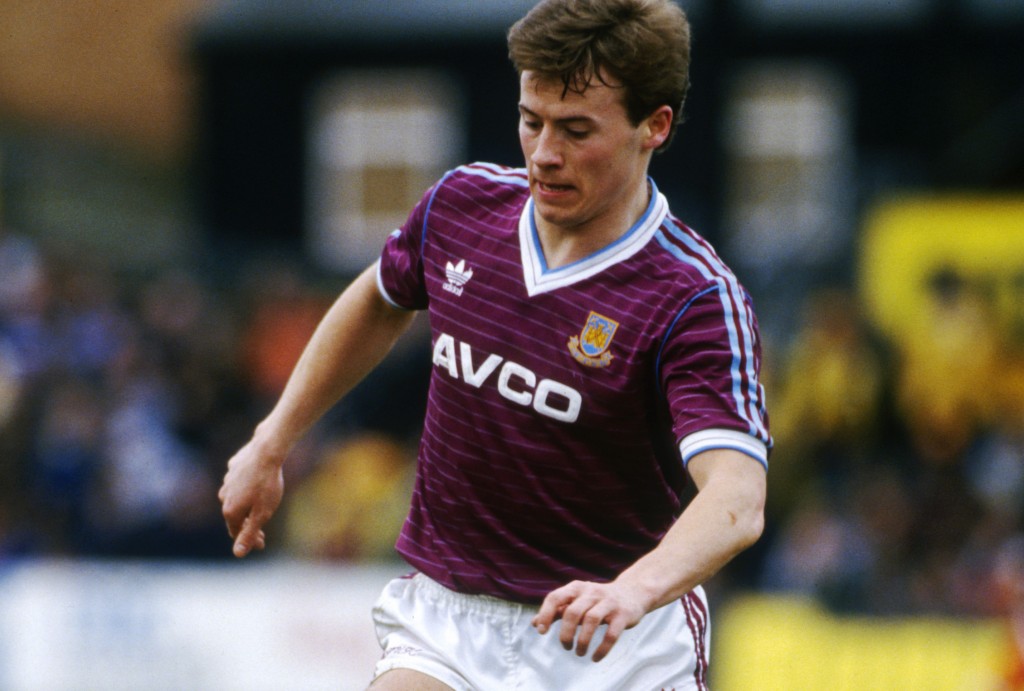 This is our new weekly feature from former West Ham winger and member of the “Boys of 86” squad Mark Ward.  Wardy is also the host of our prematch events and we will be getting his weekly opinion on all things West Ham.  If you want to discuss anything the scouser says with him in person, you know where to find him on a match day!

The up coming game v Chelsea is a great game for the Hammers as it is the ultimate test for them as it looks as if this Chelsea team will be Champions. It is important to remember though that West Ham over the years have more than once took a top scalp and upset the form book. We should remember that twice we stopped a team winning the league. Beating Manchester United in 1992 with a goal from Kenny Brown and a host of Ludek Miklosko saves stopping them winning the League in 1995.

John Moncur, our last guest, told a funny story about his words with Roy Keane. They were having a few words with each other during the game in 1995 and Moncs told Keane “You wont be winning the title this year”. In reply Keane said ” I will seeing you in the tunnel after the game”. Moncs replied with “I  wont be in the tunnel I will be celebrating on the pitch!”

I’ve got a fantastic memory of beating Chelsea at Stamford Bridge 0-4 in 1985/86 season. It was a complete demolition of a good team which made the football world realise the HAMMERS were proper title contenders! It still hurts we didn’t win it that season.

Lets hope the Hammers can put up a decent performance and have a strong end to the season. COYI

Mark Ward is hosting a number of events.  He is the regular host at our event and will be doing a Q and A session with West Ham legend Phil Parkes.  You can get tour tickets here: http://bit.ly/TWHWTICKET6

He is also hosting an event with another West Ham legend Alvin Martin at Crowlands golf club on the 31st March.  You can call 02089847373 for tickets to that.  Or if you want to hear Wardy and Steve Lomas you can meet them at The George II in Hornchurch on the 24th March.  Tickets are £25 on the door.