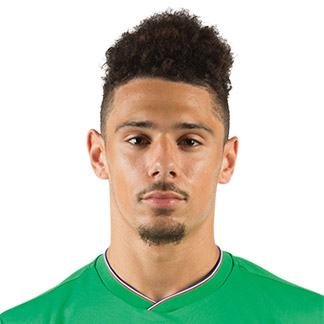 Michail Antonio says the defeat to Chelsea on Monday hurt more than any defeat this season. (Daily Star)

Its always difficult to take a loss in the Premier League, even more so when you are suspended. Luckily Michail is back on Saturday and he can hopefully push us towards three points.

West Ham are allowing Lincoln City to use the Chadwell Heath training ground to prepare for their FA Cup game against Arsenal. (Daily Star)

I have personally not seen him play, but he has been getting very good reviews from people. If he is as good as what some people have said, then I am all for this signing.

West Ham are expecting fresh interest in Andy Carroll from the Chinese Super League at the end of the season. (Daily Mirror)

Of course there is going to be interest in Andy, but I can not see this happening. He loves West Ham and the fans love him, and I do not want to see him leave us. On his day there is no other player like him.

Chelsea striker Diego Costa says West Ham are easier to play against at the London Stadium. (The Sun)

What Costa has said is true, but these things take time. I am sure that next season, we will be a lot harder to play against due to new signings, bigger crowds etc. We can make the London Stadium a fortress in my opinion.

Slaven Bilic says that Andy Carroll, Robert Snodgrass and Jose Fonte will all be fit to face Bournemouth on Saturday. (Essex Live)

I am glad they are all fit, but I hope Snodgrass is left on the bench this weekend. He was disappointing on Monday for me, plus with Antonio returning and Ayew putting in some good performances, I can’t see how Slav can leave them two out in favour of Snodgrass.

I would take Sigurdsson in a heartbeat. He is an incredible player and he would be an asset to any team in the league. He will be an expensive signing, but one that would be well worth the money.