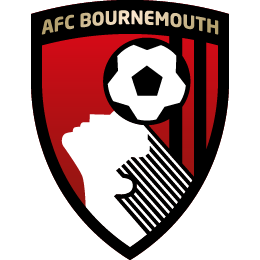 Not a great result against Chelsea, but by all accounts a decent performance against the best team in the country. Unfortunately I was not able to see the game due to work commitments, but It seems like individual errors are costing us goals and therefore games. If we can cut this out of our game results will hopefully begin to go our way. It´s never nice to lose to Chelsea but this year they have certainly shown a great consistency this year.

The Premier league does not wait and this weekend we travel down to the South coast to take on Bournemouth. There could not be a better time to play the Cherries as they are in a terrible run of form with only 2 points from their last 6 games in fact they have not won a game in 2017 although they may feel they have turned a corner after a good draw at Old Trafford last weekend. They are 14th in the league at the moment but with teams at the bottom starting to pick up points they will want to halt their current bad run of form. Who better, some might say than to play West Ham. Currently on 27 points they are 5 ahead of the relegation zone and should really start to worry as there is always 1 team that gets dragged into the relegation battle and they are far from safe.

Just 3 places higher in the league but a whopping 6 more points are West Ham United. We really need to start picking up wins if we are to finish in the top half of the table which I feel we are more than capable of doing if we can cut out the individual mistakes in our game. Only 2 wins in 6 is now really poor form, we really need to take advantage of a team that are low on confidence and get the first goal in the game for a change. This will hopefully settle us down and we can play our game.

Team news for Bournemouth is not great with Tyrone Mings serving the first of his 5 game ban against us. While Andrew Surman also serves a suspension. Calum Wilson is still out injured while captain Simon Francis is taking a late fitness test.

The Hammers come into this game in their best health this season with only long term absentees Ogbonna, Tore and Sakho missing from the squad this weekend. Winstan Reid, Fonte and Carroll have all recovered from minor knocks. We also welcome back from Michail Antonio from his 1 game ban

We all read in Ex´s column yesterday that we have been practising all week with Byram at right back so I think this is how we will and should start. I would like to see Kouyate moved back into midfield but I don´t think Slav will drop captain Noble yet. I really think we will win this game 1-3 but keeping Afobe quiet will be key for us. He always seems to play well against us but I´m backing Fonte to have a good game and prove why we took him on. It´s important that we keep motivation for the remaining games as our final position in the league could help attract better players in the summer.