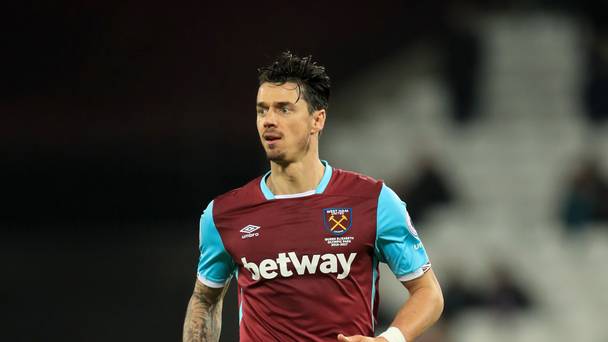 Welcome to my world. I’m planning to give you a weekly game re-cap, my five thoughts for the week and if a topic that comes up that excites me, makes me mad, or I want to give you my opinion on something then I’ll be posting an extra topic.

Strap yourself in and let’s go.

I’d like to say I was hoping that the day at the seaside would make everything ok. I mean it worked for me as a kid, and for a fleeting moment I thought lady luck had finally turned up on our door step.

We started S.L.O.W.L.Y again for the umpteenth time. I’m not sure what gets said inside the dressing room before the game and I’m sure Bilic gee’s them up but we come out of the blocks in almost every game like Jeff Capes carrying a couple of spare wheels. Maybe it’s complacency and the thought that we are better than the other team and by us showing up we will bag all us all three points, whatever the problem we found ourselves on the other end of some attractive football with our goal constantly under threat. Every attack left me in fear. Our right side was being bullied, Feghouli lacks the presence to track back on a consistent basis, and Kouyaté is playing in a position that does not utilize his skills. Within minutes we gave away a cheap penalty via Bournemouths movement and strength and our lack of discipline to do the right things, which at this level should not be happening.

Up stepped King who opened his hips, sent Randolph the wrong way and placed the ball outside the upright. Let off number 1.

Then from the ensuring goal kick, a flick on by Carroll, a poor square pass by a Bournemouth defender allowed Feghouli to snatch the ball just outside the box, a nice pass to Antonio allowed him to turn his defender a and steer the ball into the corner of the net. 1-0. COYI. Lady Luck is with us.

For the next ten minutes or so we withstood the pressure from Bournemouth and then we finally settled down, with both teams having chances but nothing to write home about. I was starting to feel better about where this game may go.

Then, had been the case during the first thirty minutes our defense got stretched and nice piece of skill saw King flick the ball over Fontes and beat Randolph on the side of the goal he was covering. Fair play, it was coming, they had been the better side in the first 30 minutes.

To compound our misery Pugh drove into the box made Fontes (that name keeps coming up) look silly, who stuck out a foot, and down when the Bournemouth attacker. Penalty. Afobe placed the ball down, checked on his run up and dribbled the ball into the diving arms of Randolph. Let off number 2.

And so we made it to the first half tied at 1-1. We should have been 3-1 or more down but Lady Luck was hanging around for us.

The second half started like the first; slow out of the blocks again, and this time King punished us right away with a close range finish. A free kick outside the box had Reid beaten by a double team and as the ball fell to King he volleyed the header home.

A little drama though for this goal. King was in a offside position, but not interfering with play when the kick was taken, and watching the replays showed that Antonio played him onside after the header. The referee conferred with his linesman and they both decided the goal should stand. 2-1.

Sparring continued for the next thirty-five minutes with it increasingly looking like they would grab a third before we got our second.

To switch things up we introduced Ayew and Snodgrass, and Snodgrass within minutes of coming on looked like he was going off as he chased down a lost cause and twisted his ankle, he stayed on but was pretty much invisible the rest of the game.

Lanzini dropped deeper and was getting more involved and starting to make things tick a little quicker and we started to see the odd chance but it still never looked like we were dominating or really going to get that equalizer.

Kouyaté was substituted for Byram and I have to admit that seemed a weird decision, however it was Byram who got behind the defense, via a sublime pass from Obiang, who Fifa’d the ball backwards to Ayew who calmly put the ball into an open net. 2-2.

Game on, until Ayew tried to be clever in the middle of the park, had the ball stolen from him and the counter attack was on. Swift movement down the middle by Wilshire with West Ham backing off allowed him to play a ball out to the left, who received the retuned pass and shot low and hard towards our goal. Randolph deflected this to the on coming King who thumped the ball high into the net. 3-2.

We could talk about the loss until the proverbial cows come home and there will be the usual requests for Bilics head after another poor showing and if I’m honest that flirtation with a relegation battle still looms a little close, especially if you consider we have to play a number of those teams in that battle. We play with a lack off intensity a lot of the time and look labored. I look at our fixture list and wonder where we will get additional points.

1) Cresswell has not been the same player the year as he was last year. The injury he sustained in preseason seems to have slowed and actually regressed his development. He looks less assured on the ball, doesn’t seem up for a fight and in general his positioning has been poor throughout the season. He was chasing shadows most of the game against Bournemouth.

2) No CB partnership. From week one our CB’s have had no partnership. Injuries and the constant change of formation may account for a lot of this, but the game against Burnley highlighted even more the lack of communication and how weak this partnership makes the whole defense. While we are on CB’s, I thought Fontes would be a good option and cover for the injured Ogbonna but so far he has been slow, bullied, moved out of position too easily, a liability 1 on 1 and lacks the West Ham passion. I need to see more from him the rest of the year.

3) Carroll has been ineffective since returning. Carroll is only useful when he is fit and when decent crosses are coming, the last two games (Chelsea and Bournemouth) have shown us that neither is true. Carroll lacks a step or three and the wing backs and wide men are not providing him decent service, and to be honest I’m not convinced that should be plan A – I’d like to see Carroll coming on for the last 30 minutes, after we have played a little more on the ground and run the other team around but we have no player (hurry up Sakho) that can offer that to us at the moment, even Antonio is played as a target man.

4) We must protect this right side. Move Kouyaté into the middle of the park with Obiang. Put Byram at right back and have Antonio support him and tell Obiang to keep an overall eye on that side too. Sorry Noble, I love you more than you know, but I want to see what this team can do with Kouyaté in the right position and both he and Obiang are better than you at the moment. And I can hear you, Byram and Antonio would be a liability there. Any worse than what we have right now?

Thanks for reading – I’m excited to write and give you the West Ham perspective from a life long fan living in Coatesville, PA.