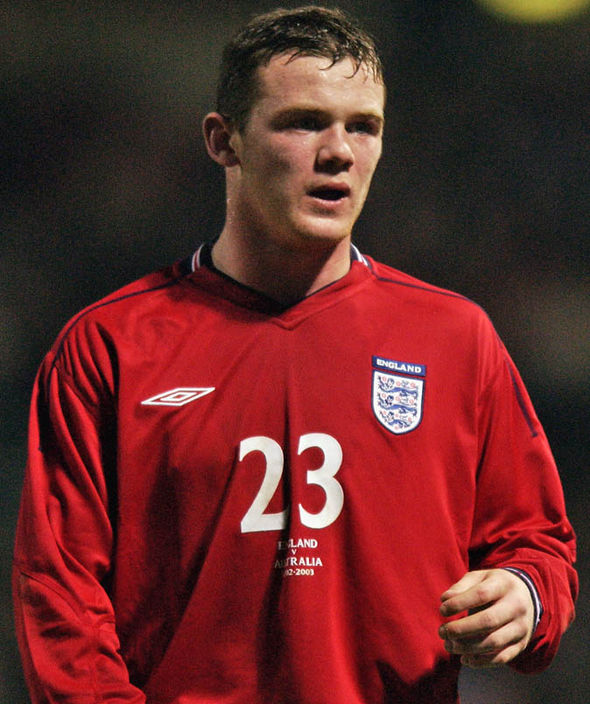 Do we need two strikers or just the one? Having said that, we tried all last summer to get ‘the one’ and we didn’t even manage that. How can we possibly manage to get two?!

Even me who pays no attention to anything but West Ham heard about the Rooney to China rumours and who can blame him, £1m per week! But you sense that he’s not one of football’s mercenaries and would want to continue to challenge himself at the highest level. I don’t doubt that he will still be in the Premier League next season. Whether that will be at Man U or possibly a return to his boyhood club Everton time will tell. Now, let me get my flak jacket, because I think we should throw our proverbial hat in the ring for his services!

I think we forget our place sometimes.

We’re at the top table with the big boys, but let’s face it, we have their scraps. And if they want something of ours, they’ll take it. We’ve always been a selling club as far back as I can remember, and it hasn’t always been about cold hard cash, but opportunities for betterment and to challenge for trophies. Ince, Bilic, Ferdinand, Cole, Lampard, Tevez and most recently Payet.

To change that, there really is a simple answer. Become winners.

But how do we do that? There is one league to win a year. Two cups. Quite often we start talking about it being ‘our year’ or ‘our name is on the cup’. And then by January or occasionally February, hopes have faded, just like our collective dreams.

Arsenal are considered a big club by anybody’s standards, but they choke, big time.

It is often said that they are lacking the leaders required to inspire their undoubtedly talent. Maybe they are missing that mean streak that Viera and Petit used to give them.

I think of us and how we seemed to universally despise Lucas Neill. But he left and suddenly our defence was at sixes and sevens without his leadership. Nolan gave more to the team than the eye could see and I suspect Noble does too.

Which brings me onto Rooney. He’s not even Marmite, a lot of Man U fans I speak to don’t even like him. But he’s most definitely a winner; 5 Premier League titles, some domestic cups as well as The Champions League, arguably only won by the best team in World Football.

As for goals, where do we start? Record scorer for England and Man U. He’s achieved double figures per season 13 years running. There is also a lot of quality in those goals. That European volley seconds after arguing with the ref spring to mind as does the scissors kick against Man City and (unfortunately), that goal from the half way line against us when he outmuscled Tomkins.

Bottom line, this is what you would get from Rooney; quality, aggression, goals and leadership. He’s approaching 32, but I don’t believe that’s a problem. Not only are footballers looking after themselves and prolonging their careers, he’s not had any long term injuries to wear him down. He was never a speed merchant so that won’t be a problem. Don’t forget the clamour for Defoe in January as well as older strikers who have served us well, Clive Allen and Teddy Sheringham spring to mind.

Our current style of play doesn’t lend itself to a ‘fox in the box’ type. For that reason, I don’t think Defoe would have been a good acquisition and possibly one of the reasons Zaza didn’t work out. Our top scorer last season was Payet skilfully coming in from midfield and Lanzini is starting to do that this season and that is where Rooney finds himself a lot when I’ve seen him. I guess, great players find the space and exploit it.

And what a player for our young strikers such as Fletcher, Calleri and Martinez to learn from. In fact, he may even have a role in Central Midfield displacing Noble!

This isn’t about getting a striker on the cheap or as an alternative to the fabled 20-goal-a-season striker that we would all love to get.

The reality is that for next season we need two strikers. Carroll and Sakho are made of glass, we cannot rely on them. If we do buy a £30m striker (Lacazette?) that’s great, but who is to say he would hit the ground running? Who will take the pressure off him to lead our line? Rooney would be ideal for this. The pressure wouldn’t affect him, he knows the league, he wouldn’t expect to play the full 90 minutes of every single game, but he would raise the levels of those around him and be hungry enough to want to score when he does play and to be a winner, which is what we all want to achieve.

I know all the sexy talk in the summer will be about the £30m striker, but going for Rooney as a foil makes perfect sense to me.

Agree or disagree? Let me know on Twitter @apuvyas or pop in to Planet Leasing in Loughton where I’m happy to talk about cars, vans and West Ham!