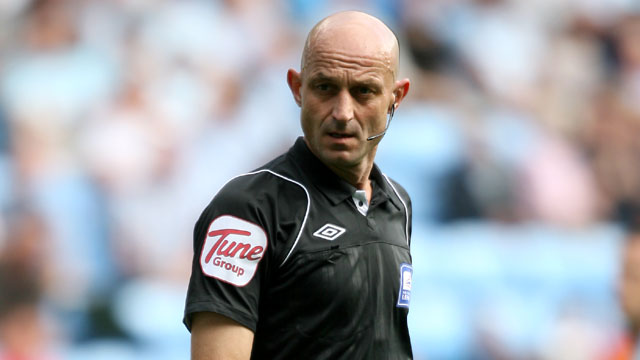 After a very disappointing result at Bournemouth, we welcomed Premier League Champions and Champions League quarter finalists Leicester City to the London Stadium. Slaven Bilic made some encouraging changes to the starting line up for this game. ExWhuEmployee confirmed on Thursday that Mark Noble was out for this game meaning Sam Byram was recalled in the back 4, with Kouyate moving into midfield alongside Obiang and Andre Ayew into midfield after scoring two goals in two substitute appearances.

I seem to be saying this a lot recently, but another disaster of a half for West Ham however Roger East seemed to be in control throughout. Within 7 minutes, West Ham were two-nil down and the second goal came from a foul from Winston Reid. Reid unfairly barged into Okazaki and that set up the set piece which resulted in the corner that Robert Huth scored from. The frustration grew for West Ham as Michail Antonio was bundled to the floor 25 yards outside the goal but the assistant referee flagged for an offside offence.

Leciester’s Danny Drinkwater was causing issues for West Ham and he always has a poor challenge in his locker. Roger East was keen to speak to the England international after an altercation with a West Ham player before a West Ham throw. 30 second later, the Foxes midfielder fouled Michail Antonio 25 yards from goal, which looked like a poor challenge in my opinion. East awarded the free-kick to West Ham but no further punishment was issued. In my opinion, Drinkwater could have easily been issued a caution for his challenge on Antonio. Manuel Lanzini subsequently scored from the free-kick reducing the gap to 1-2.
Andy Carroll had a goal disallowed after Michail Antonio came back from an offside position to become active in a good build up of play by West Ham. Carroll was aware that play had stopped but continued to shoot on goal and score. East and his assistant got this decision correct.
Nearing the end of the half, Roger East got caught in two minds whether to caution Marc Albrighton after the Leicester player blocked West Ham from taking a quick free-kick. It appeared that East got his yellow card out of his pocket but then changed his mind. 9/10 times this is a yellow card and in my opinion was a mistake by Roger East.

In a second half, where West Ham threw the kitchen sink at the flagging Leicester, Roger East was consistent with his decisions.

East played very good advantage within minutes of each other which is important to ensure the game is free flowing. Vardy was unfairly challenged by makeshift centre half Kouyate and East played advantage but the ball went off for a throw in. There was no advantage to be played so East correctly brought play back for a free-kick. The other good piece of advantage was when Lanzini was caught off the ball during a promising West Ham attack.

Danny Drinkwater eventually got his name in Roger East’s notebook after Kouyate pipped the midfielder to the ball, who was challenging for the ball on the slide. Drinkwater looked like he was trying to pull out of the challenge but when you slide into a challenge, you need to win the ball or more than likely you’re going to be cautioned.
It was encouraging to see that East was relatively consistent with his decision making especially when Okazaki was penalised for barging Manuel Lanzini to the floor. This was the exact type of challenge that Okazaki was on the receiving end off in the first half by Winston Reid.

Overall, I thought that Roger East performed well for his first Premier League appointment since January. He kept up with the game well and allowed the game to flow were necessary. There were a couple of decisions that I felt he got wrong, however in his view and opinion he thought differently.

Another hugely irritating game of football from West Ham. To concede two goals in seven minutes at home to a team that are fighting relegation and played Champions League football midweek is embarrassing. There has to be questions raised regarding our defence as too many goals have been conceded early on against lesser teams. (Watford – 3 minutes, Leicester – 5 minutes, West Brom – 6 minutes). With both Slaven Bilic and Julian Dick former defenders, it’s concerning the amount of goals that we’ve conceded this season. It clearly wasn’t our day when two of our strikers missed opportunities 10 yards outside of goal. Andre Ayew and Andy Carroll should have done better.
With the international break coming at a good time, especially with injuries for Reid and Obiang, we go to Hull City on the 1st April which is a must win against a relegation candidate.