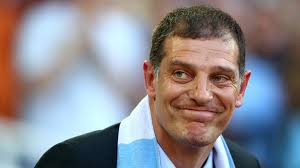 As West Ham sit in 12th place in the Premier League with no trophies left to fight for, some West Ham fans have called for Slaven’s dismissal. Here are the unbiased key pros and cons of doing this. I must stress that these are not necessarily MY opinions – I have constructed a balanced, unbias argument for both sides which reflect the views of different West Ham fans, in order for YOU to form your own conclusion on the future of Slaven Bilic.

Potential appointment of Roberto Mancini – Hypothetically there are several advantages of bringing in a world-reknown name such as Roberto Mancini. Although Bilic is a respected coach, the appeal of a Premier-League winning and Champions League-experienced manager would help to draw the attention of bigger players. The Italian has worked with many of West Ham’s reported targets; such as Ivan Perisic; Bacary Sagna; Pablo Zabaleta and Joe Hart. The less realistic targets such as Perisic and Hart could become just slightly less unrealistic if they were familiar with the manager. It is a fair argument that appointing Roberto Mancini could help West Ham pursue more ambitious targets.

A new manager would have the competence to adapt – Slaven Bilic has began to get a reputation amongst West Ham fans for being too arrogant in his tactics. Even in West Ham’s amazing final season at Upton Park, some may argue that Slaven Bilic could have done more to propel us up the table. Yes, 7th place is a very creditable finish for a mid-table side like West Ham. However in the fluky antics of last season, logic went out the window and West Ham were arguably in the top five performing sides in the league. In fact two more wins would have seen them finish 4th ahead of both Manchester clubs, securing Champions League football. However West Ham slumped down the table to a slightly disappointing 7th, predominantly down to defensive mistakes. These defensive mistakes were largely down to Winston Reid and Adrian, which the whole West Ham fan base could see. Except Slaven Bilic, who continued to play both ahead of James Collins and Darren Randolph. Many fans would argue that if Slaven had adjusted his side like everyone else wanted him to, then the Hammers would have secured Champions League football. Now onto this season – Slaven Bilic has persisted to play a 4-2-3-1 formation, which requires a right-back and a striker to play. Following the failure of every West Ham striker and right-back this season, you would expect a manager to take the chance when your board offer you a right-back and a striker in the January window. However Slaven Bilic opted out of signing Scott Hogan or a decent right-back because he was ‘happy with what he had’. As we could all anticipate, Andy Carroll was out injured almost straight after the window shut. The fact that Bilic did not even want a right-back was ludicrous, as he continuously isolates Sam Byram, his best right-back, from the squad and forces players to play out of position instead. If Bilic was ‘happy with his squad’ and did not need a right-back, why is he making midfielders play there instead? Bilic’s bizarre tactics lack logic and common sense, which will not only frustrate the fans but it could also unsettle the West Ham players.

More coherent transfer policy – As ExWhuEmployee stated earlier today, it was Slaven who had the final say on most players – which included Zaza, Tore, Fonte, Snodgrass. The majority of West Ham fans may blame the board for some of the dire signings of recent windows, however wasn’t it Bilic himself who wanted Tore on a £14m deal before David Sullivan convinced him to try him out on loan first? Wasn’t it Bilic who said he was ‘happy’ with his squad instead of further pursuing the likes of Bacca and Batshuayi? Some of our quality signings and best players last season, Payet and Antonio, were targets of the board (who we all blame for giving us a poor squad). Perhaps it is unfair to shift all the blame on them as the manager has the final say, whilst it is thanks to the board that our squad isn’t poorer than it already is – which it would be if Slaven had his way. A new manager could scout players more convincingly and dismiss all the dead wood in the team, something that Slaven Bilic does not have the heart to do (the Noble situation, for example).

Turning on the man who gave us a dream – West Ham fans, me included, have spent too long moaning about West Ham’s style of play – particularly Allardyces’ long ball tactics. It was a huge relief to see the ‘West Ham way’ return to East London as Slaven Bilic brought short-passing, agility, flair, and most importantly JOY back to Upton Park. It has taken too many years of pain, mediocrity and booing for a bit of passion to return to West Ham. The fact is that our generation has NEVER seen anything like what Slaven Bilic brought to us last season, and whether you want him gone or not, I think it is very insensitive for some fans to give him the abuse and disrespect that they do. You can complain all you want that The Olympic Stadium and the board have no West Ham left in them, which you think is a good reason for them to be ridden of, however when someone claims that Slaven Bilic has shown the most heart, joy, emotion and passion of any manager in recent history, you claim that is not a justifiable reason to support him? West Ham fans have very short memories. Slaven Bilic is everything West Ham fans have wanted in a manager, and if you think mid-table results are a reason to sack a WEST HAM manager then you must have not been a Hammers fan before 2015.

Becoming too pompous in expectation – If you are rational enough to acknowledge the 2015/16 Premier League season as an anomaly, then you would define West Ham as a mid-table club. In a way Slaven Bilic shot himself in the foot by giving us a season of ecstasy, because now West Ham fans expect him to perform the same miracle every year. If Slaven Bilic had done only what was expected of him and finished 17th in his first season, then a mid-table finish in his second season would be seen as spectacular. However, due to the splendid season of last year, courtesy of SLAVEN BILIC, all West Ham fans view a mid-table finish as a nightmare. West Ham have definitely improved from when Slaven Bilic took over – from relegation candidates to a comfortable mid-table side. We have become more relevant, more respected and more ambitious. However this ambition was triggered from the work of Slaven Bilic, therefore we should respect the fact that we would have no ambition in the first place if it wasn’t for Super Slav.

Potentially being rejected by better managers – This factor is partly related to the previous point – are we really any bigger than Slaven Bilic? We all claim that Slaven Bilic has no plan B, but do WE have plan B if Roberto Mancini were to reject us? What other managers are there? West Ham have been linked with Eddie Howe in the past, but there is no way he would leave his beloved club who adore him for a club beholden to negativity and humiliation, who currently sit below them in the league (yes, we are below Bournemouth). We do not want to undergo a déjà vu of the Summer 2016 Transfer Window, where we were rejected by every single half-decent target we had, do we? West Ham became a meme that summer. It was embarrassing, humiliating and painful. We replaced Tomkins with Arbeloa, Moses with Tore and Emenike (who was very much underrated) with Calleri. We definitely do not have a track record of successfully pursuing No.1 targets (Batshuayi, Bacca, Lacazette, Ibrahimovic), so I would not expect West Ham to easily attract Roberto Mancini. The fact that we have no plan B means that if we fail with Mancini, we will panic and appoint someone average. Imagine dismissing Slaven Bilic, being rejected by Roberto Mancini and Eddie Howe, and finally settling on Mike Phelan. I realise that is unlikely to happen, but if we do not attract Mancini then I do not see anyone better than Bilic who we could pursue.

For those of you who are indecisive about the Slaven dilemma, I hope I have helped you to weigh up the pros and cons. Do we take a risk and try something ambitious, or do we grasp on to the last segment of passion left in West Ham?