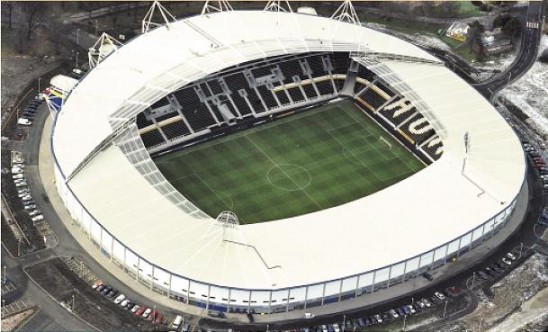 We’ve scored 4 goals in our last 2 games which wouldn’t be too bad if we hadn’t conceded 6 in the same time. A vital fixture against a struggling Hull City at their ground is next up for the Hammers without 3 players that play an important role in our spine in Reid, Obiang and Antonio. Also, in case you hadn’t noticed, Snodgrass returns against the Tigers for the first time since his switch to London.

Away seating: 2,510 in the North East corner

Still a somewhat new move, Hull moved into their current stadium in 2002 and share it with Hull Rugby League club. The only stand with multiple tiers is the West Stand, which is also the only stand with executive boxes. The PA system within the stadium is said to be very good. The stadium has been sponsored since 2016 by Kingston Communications, abbreviated to KCOM. Away fans find themselves sitting in the North East corner of the stadium with unobstructed views of the field.

Train
The KCOM stadium is approximately a 20 minute way away from the nearest railway station, Hull Paragon. Turn left at the end of the platform, then left into the bus station (you don’t have to go outside the station). From there, walk past Tesco on the right and cross over the traffic lights on Park Street. There are blue signs to the stadium from Londisborough Street which direct you to cross Argyle Street and onto a walkway which also goes over the railway lines towards the stadium. For the away end, turn right at the bottom of the steps.

Driving
Put HU3 6HU in your sat nav to get to the stadium. From the London Stadium, the KCOM stadium is a 3 hour and 35 minute (APPROX.) drive via the M11. Take note that there may also be a toll charge on the M11 on the way to Hull.

If you are coming from Southend-On-Sea, Witham or around those areas, it is easier to go via the A1 as this takes 3 hours and 50 minutes. However, this route may also have tolls.

Parking
There is a massive floodlit car park right next to the stadium with access from Walton Street that is used by both home and away supporters. It’s a cheap £5 to park at the stadium and is one of the easiest stadiums in the Premier League to park at and get to, except at the end of the game (due to there only being two exits). There is also a park and ride off the A63 which is shared with home supporters, however many fans choose to instead work in one of the town centre car parks and walk to the stadium due to it being close and cheap.

As with most Premier League stadiums, ensure you don’t park in a residential area as there are resident only parking zones. Make sure you park your car legally before leaving it to avoid the risk of a fine.

Food and drink:
The food and drink within the concourse has a good selection inside the stadium. There is a pub specifically for away supporters called Pitch Side which is located at the KCOM stadium, despite it not being very big it does show live sports and offers cold food (eg sandwiches). The entrance is outside the stadium next to the away fans turnstiles. Please note that this bar stops serving alcohol 45 minutes prior to kick off.

There is also a nearby social club (Walton Street Social Club) which allows away supporters which costs £1 to get in. It has cheap beer, is a good sized bar and sells hot foot like burgers and chips.

Another pub that is highly recommended is the Wetherspoons pub called Admiral the Humber, which features in the CAMRA Good Beer Guide.

Most pubs close to the stadium are mostly home supporters only, so please be aware and careful when trying to find a pub to enjoy a drink before the game.

As always, enjoy the game and let’s hope West Ham can make us happy this weekend for the first time in a while. Be safe and cheer on the boys as you always do.