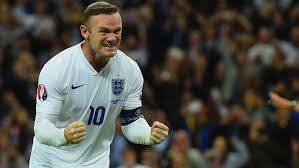 Jaap Stam is being lined up to replace Slaven Bilic as West Ham manager. (The Sun)

This story has already been reported as false, but I never believed it in the first place. I just think it would be such a backwards step for the club and it would make no sense in my opinion.

Jermain Defoe wants to join West Ham this summer, despite Bournemouth preparing a bid for him. (HITC)

Also, West Ham fans are now urging the club to sign Defoe after he scored for England yesterday. (Football Fancast)

I have been saying for a long time that we should sign Defoe, and it is good to see that people are finally starting to agree with me. He may be 34, but he still scores goals. He will also be a free transfer, and you cannot go wrong with getting someone like Defoe on a free.

I would definitely take Rooney in the summer, but I just can not see it happening. We may be ready to pay him them wages, but that is only half of what he is on at Man United. I think this rumour is one to forget about.

Michail Antonio says his mum made an important career decision for him when he was younger. (Tribal Football)

Here is an opinion of West Ham’s five point summer plan including transfers in and out of the club. (HITC)

This is an interesting article, because it has many good and bad points. I absolutely agree that we have to spend big in the summer and back Slaven in the transfer market. However, I do not agree that we should be selling the likes of Fletcher and Masuaku. These two players have looked very good for us in my opinion and I think they have big futures.

Dean Ashton says Andy Carroll can make all the difference for Gareth Southgate and England. (Mirror)

I absolutely agree with this statement. Andy Carroll is a completely different option to have in the squad. When you look at the current strikers, they all have the same style of play. When you are chasing a game you have to change it up, and Andy Carroll would do just that. If he comes on, you put crosses into the box and nine times out of ten he will win a header and change the game.