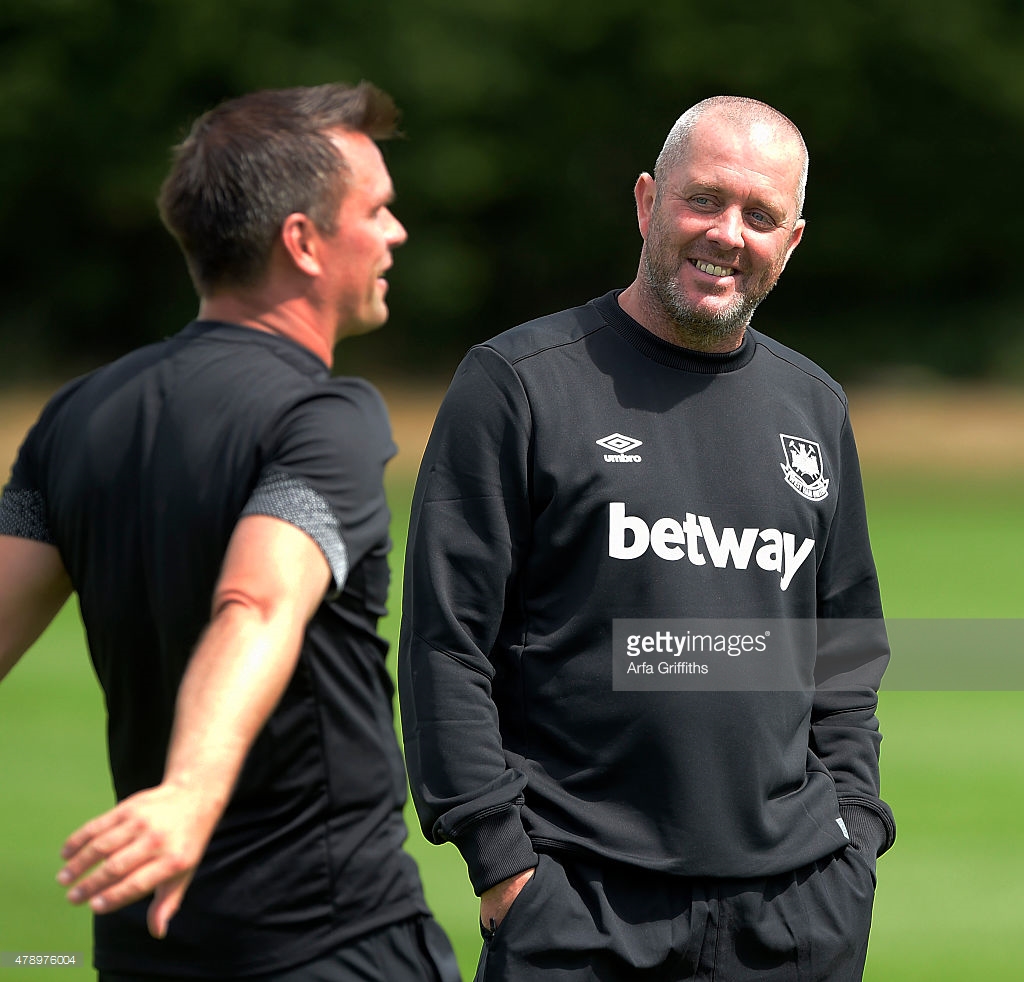 So I had a great time at Hull with Dave from SDCC and meeting up with many other West Ham fans who we have both got to know over the years.  Everything was a complete laugh and enjoyable apart from the actual game (and losing money in the casino after).  The atmosphere was great, as it always is at away games, and I was buzzing for the match and the first half was actually fairly decent. We should have been much more comfortable than we were.  The second half was a different story and yet again dreadful defending has let us down.  We are conceding so many goals in every game to weak opposition.  I thought Hull played poorly, yet they still got two goals and the three points one from a set piece, again!

Despite another ITK on a well known site jumping the gun again and saying Bilic was leaving in the next few hours, this was never the case.  As I have stated, time and time again, the board back Bilic.  The board back him more than an increasing number of fans now.  They like Slaven, they like his philosophies and they want him to be successful as do I.

The players also back Slaven, they support him and do not want him to leave.  Some of the more vocal voices in the changing room: Collins, Cresswell, Carroll, Noble and even Sakho (despite their previous problems) are said to have openly backed him.  Sakho should be on the bench on Wednesday against Arsenal, following his injury problems. He insisted that he could play against Hull but Bilic didn’t want to risk him.  Antonio and Noble are also fit and I think changes will be made to the team.   I would consider bringing Adrian back.  This sounds very hypercritical, as I was very vocal in calling for Randolph but the early form he had shown is now gone and I think Adrian deserves a second chance.  Masuaku is likely to replace Cresswell in the starting 11 and there are also calls for Nordtveit to come into the side.

One thing that has been suggested to Bilic is that his backroom staff are not up to the job and part of the problem.  Jessica Dicks is very vocal in suggesting that her dad plays no role in the defensive coaching and hasn’t really clarified what it is that he does do and if many people are to be believed, it isn’t much.  Julian Dicks is one of my favourite ever West Ham players and I was delighted that he returned to the fold with us.  If Dicks has no role in the defensive coaching, then I would suggest he is reassigned to it.  If this isn’t to be the case there are other options that need to be considered.  Rio Ferdinand has openly offered his services to the club.   I think we would do no harm bringing him in and he would instantly have the backing of the players and staff through natural respect.  If Slav doesn’t think Rio is the man then we already have Steve Potts (a defender who relied on positioning and quickness of thought when playing centre back at 5 foot 7 to succeed) successfully managing the Under 18s with Mark Philips.  Kenny Brown, who unfortunately works for Millwall at the moment, is another very qualified option and an ex West Ham defender. Something has to be done to sort out the defending and I believe the board feel Slaven should take action at the end of the season.  Slaven is a very loyal man though and will want to keep his backroom staff as it is.

There are other options that could be brought in to the coaching staff too.  Kevin Keen, a coach with us for years, is apparently one of the highest rated coaches and most popular ones that we have ever had in recent years.  He has been recently appointed as coach at Crystal Palace following his sacking as manager of Colchester United and could be considered. He may not wish to return but as a former West Ham player of many year, you never know!  We may also need to think about a forward coach as well, Teddy Sheringham would welcome a return I have heard and even the likes of Ashton/Bellamy/Hartson could be interesting alternatives although none with any major coaching credentials.  It is very hard to inflict staff upon a manager but if I was Slaven and this was suggested to me in the summer, I would consider it as a potential solution to some of the problems this year.

The main focus of everyone at the club is to make sure that we stay up obviously so transfers are not a priority at the moment.  The main person that everyone involved in the club wants and most importantly Bilic wants is Defoe.  If/when Sunderland go down he is available on a free transfer.  Of course his wages will be high and around £80k but he is certainly the top priority.  He is very keen to join the club and has even suggested to someone I know that he would be prepared to join us if we went down, such is his desire to put right the wrongs of his departure all those years ago.  Another top target as I have stated many times is Batshuayi, who is out of favour at Chelsea.  We have also scouted Modeste who has been a scoring sensation in Germany this year.  I tweeted in the week that we have held talks with Zabaleta’s agent and this is the case.  He is our number one choice for the right back position and I think he will be a great signing.  Against Hull, I didn’t even know who the captain was and this lack of captain figure is also a problem for us I think.  Bringing in the ex Manchester City and Argentina captain will be a great move in that respect.  We are also considering centre backs with Maguire of Hull being a top choice as well as a few other options.   Sakho, who is on loan to Palace from Liverpool, is also a target (as he was in January) but it appears Liverpool are expecting a large check for him.   I am keen to stress though that it is very early days and things will change.

The Arsenal game is one that I am going to and I cant wait for.  I don’t expect us to get anything but Arsenal are off form and when you least expect us to do something we usually do.   An early goal there could get the fans on the back of the manager and play to our advantage.

I am delighted to say that we have Matty Etherington on the radio show tomorrow.  We are doing a prerecord which will go out at 7pm on Wednesday.  I expect most people will be at the game, or watching that so please download the podcast or listen to the link after.  Matty is a very interesting person to speak to and I am sure there will be some fascinating answers. Please get your questions in for Matty by using the hastag askthewesthamway.

We have our event with Keith Robson before the Swansea game.  Tickets are now selling well and I am particularly looking forward to learning more about ‘70s West Ham from a big character.   The raffle prizes at the event are great and include two Sunderland away tickets if you were unsuccessful in getting these!

Make sure you get your tickets here:   http://bit.ly/TWHWTICKET7

I am also still looking for writers and contributors to the site. We really need some advertising to make this affordable especially to help with the YouTube channel and especially the fan’s videos.  If you would like to sponsor the channel or can provide travel/tickets in return for a lot of publicity than please get in touch.  We have reopened the TWHW shop with some items at very cheap prices. http://bubbles-2.mysupadupa.com/ It is worth a look and all money raised just goes back into improving the site.   Thanks for your continued support.

Bring on Arsenal and the 3pm drinking!! Come on you irons!!!